Older people with early, asymptomatic Alzheimer’s at risk of falls 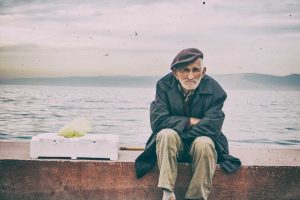 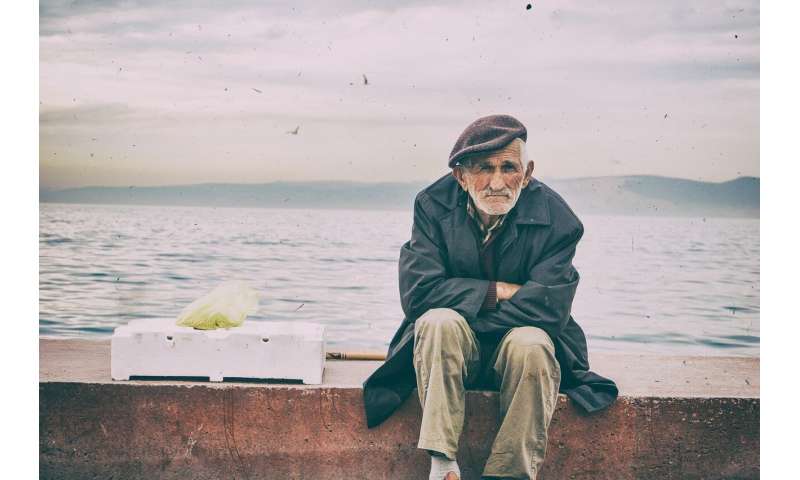 Falls are the leading cause of fatal injuries in older adults, causing more than 800,000 hospitalizations and about 30,000 deaths in the U.S. every year. Some risk factors are well-known—advanced age, problems with vision or balance, muscle weakness—but an under-recognized factor is early Alzheimer’s disease. Older people in the earliest stages of Alzheimer’s, before cognitive problems arise, are more likely to suffer a fall than people who are not on track to develop dementia.

Researchers at Washington University School of Medicine in St. Louis have found that, in older people without cognitive problems who experience a fall, the process of neurodegeneration that leads to Alzheimer’s dementia already may have begun. The findings, available online in the Journal of Alzheimer’s Disease, suggest that older people who have experienced falls should be screened for Alzheimer’s and that new strategies may be needed to reduce the risk of falling for people in the disease’s early stages.

“In the world of fall research, we generally say that you’re at risk of falling if you lose strength and balance,” said co-senior author Susan Stark, Ph.D., an associate professor of occupational therapy, of neurology and of social work. “If you lose strength and balance, the recommended treatment is to work on strength and balance. But if someone is falling for another reason, maybe because his or her brain has begun accumulating Alzheimer’s-related damage, that person might need a different treatment entirely. We don’t yet know what that treatment might be, but we hope we can use this information to come up with new treatment recommendations that will reduce the risk of falls in this population.”

In 1987, John C. Morris, MD, then a trainee at Washington University, discovered that older people with Alzheimer’s dementia are more than twice as likely to suffer a traumatic fall than people of the same age without dementia. Morris is now the Harvey A. and Dorismae Hacker Friedman Distinguished Professor of Neurology and head of the university’s Charles F. and Joanne Knight Alzheimer’s Disease Research Center.

Since Morris’ discovery more than three decades ago, scientists have learned that the brains of Alzheimer’s patients start undergoing changes decades before memory loss and confusion become apparent. First, plaques of amyloid proteins form, then tangles of tau protein. Some brain areas begin to shrink, and communication networks between distant parts of the brain start to decay. Stark and colleagues have shown that the link between Alzheimer’s and falling holds true even during the silent phase of the disease: People with so-called preclinical Alzheimer’s are at increased risk of falling despite having no apparent cognitive problems.

To better understand why people without cognitive symptoms are at risk of falling, first author Audrey Kelemen, a graduate student in Stark’s lab, and colleagues followed 83 people over age 65 for a year. All participants were assessed as cognitively normal by a qualified neurologist at the beginning of the study. Each participant filled out monthly calendars recording any falls and underwent brain scans for amyloid and for signs of atrophy and impaired connectivity.

The researchers discovered that the presence of amyloid in the brain alone did not put people at increased risk of falling but that neurodegeneration did. Participants who fell had smaller hippocampi—brain regions that are devoted to memory and that shrink in Alzheimer’s disease. Their somatomotor networks—webs of connections that are involved in receiving sensory inputs and controlling movement—also showed signs of decay. The researchers concluded that falling is most likely to occur in the neurodegeneration phase of preclinical Alzheimer’s—the last five years or so before memory loss and confusion arise.

“Since I started working on this project, I’ve started asking my patients about falls, and I can’t tell you how often that has helped me start understanding what is going on with the individual,” said co-senior author Beau M. Ances, MD, Ph.D., the Daniel J. Brennan, MD, Professor of Neurology and a professor of radiology and of biomedical engineering. Ances treats patients who have dementia and other neurological conditions on the Washington University Medical Campus.

“When a person’s mobility is being diminished, even though the person looks very normal, that could be a sign that something needs further evaluation,” Ances said. “It’s actually a really important potential marker that should make us say, ‘Wait a minute. Let’s dive into this more. Are there other things that go along with it?'”

The researchers have begun further experiments to better understand why brain changes in Alzheimer’s put people at risk of falling, so they can develop fall-prevention recommendations. In the meantime, simple changes could go a long way toward protecting older people from devastating falls, Stark said.

END_OF_DOCUMENT_TOKEN_TO_BE_REPLACED

END_OF_DOCUMENT_TOKEN_TO_BE_REPLACED
We and our partners use cookies on this site to improve our service, perform analytics, personalize advertising, measure advertising performance, and remember website preferences.Ok