Home » Health News » One Year Since COVID Was Officially Declared a Pandemic, There Is a Way Out

One Year Since COVID Was Officially Declared a Pandemic, There Is a Way Out 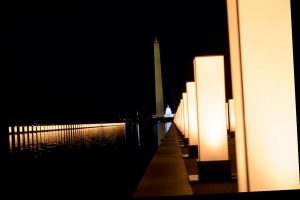 On March 11, 2020, the virus that had seemed like a distant threat in the U.S. suddenly became real. That day, the World Health Organization officially declared COVID-19 a global pandemic, Tom Hanks and Rita Wilson announced they had tested positive and the NBA hit pause on their season. Life quickly began to change in the U.S. — offices switched to work from home and schools started shutting down — but our understanding of the virus and how to treat it was very different.

This time last year, COVID-19 was believed to be primarily transmitted through touch, leading people to stock up on hand sanitizer and repeatedly remind each other not to touch their faces. It was thought to be mostly a respiratory virus that mostly targets the lungs, but over time, doctors learned that it can attack the entire body, hitting the heart and nervous system along with causing pneumonia and other breathing problems.

And while the last 12 months have been some of the darkest in the U.S.'s history, with nearly 30 million Americans testing positive for COVID-19 and an unimaginable 528,000 dead from the virus, the way out of the pandemic is becoming clear.

Thanks to the historically quick work of vaccine researchers — many of whom were women — the U.S. now has three highly effective COVID-19 vaccines being administered around the clock. The Biden administration has now secured enough doses to fully vaccinate 400 million people against the virus as of Wednesday, when President Joe Biden announced that they had purchased another 100 million doses of Johnson & Johnson's single-shot vaccine.

"We're now on track to have enough vaccine supply for every adult in America by the end of May," Biden said at the beginning of March, a significant move forward from the administration's previous timeline from the end of July.

And after a slow start, the number of vaccinated Americans is steadily increasing each day. As of March 10, 62,451,150 people have received at least one dose of a COVID-19 vaccine, and 32,904,161 have been fully vaccinated, according to the Centers for Disease Control. Biden had promised that 1 million doses would be administered a day during his first 100 days in office, but so far, his administration has far exceed that, and as of March 10, an average of 2.15 million shots are given out a day.

The vaccines do appear to make a significant difference in stopping the spread of COVID-19. In Israel, where most citizens have already been vaccinated, cases dropped 41% in people over age 60 by early February, the Washington Post reported. Another study from Israel found that serious COVID-19 illness and death among vaccinated people sunk by 93%.

However, Biden and health officials are urging Americans and lawmakers to understand that now is not the time to relax on COVID precautions like mask wearing and social distancing, especially with several faster-spreading variants now circulating in the U.S. Several states, including Texas, Mississippi, Alabama and Maryland, have said that businesses in their states are allowed to fully reopen to full capacity, leading to outcries from health experts. Dr. Francis Collins, director of the National Institutes of Health, said Tuesday that the country is now in the "24th mile" of the pandemic marathon and needs to keep up these precautions to reach the finish line.

"We have been on a marathon since this all started a year ago. And you know, when you're running a marathon, you don't want to stop at the 24th mile. You want to be sure you finish well," Collins told NPR. "I think that's kind of the picture we have right now. Everybody is incredibly frustrated and tired of all of this, we just have to stick it out here for a few more weeks and months to make sure that we get to that finish line in a way that saves the maximum number of lives."

As information about the coronavirus pandemic rapidly changes, PEOPLE is committed to providing the most recent data in our coverage. Some of the information in this story may have changed after publication. For the latest on COVID-19, readers are encouraged to use online resources from the CDC, WHO and local public health departments. PEOPLE has partnered with GoFundMe to raise money for the COVID-19 Relief Fund, a GoFundMe.org fundraiser to support everything from frontline responders to families in need, as well as organizations helping communities. For more information or to donate, click here.