Home » Health News » Oprah Winfrey Reveals She Was Pre-Diabetic Before She Started WW and Lost 42 Lbs.

Oprah Winfrey Reveals She Was Pre-Diabetic Before She Started WW and Lost 42 Lbs. 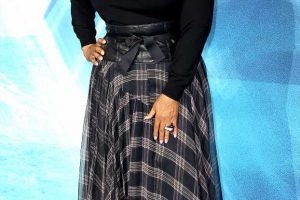 Oprah Winfrey’s struggles with her weight are well-documented. But beyond fighting the number on the scale, the media mogul now reveals that she was also dealing with health problems because of her size.

Winfrey, 65, writes in a letter to WW members, shared exclusively with PEOPLE ahead for Global Wellness Day, that she had concerning blood sugar and blood pressure numbers.

“I haven’t shared with many, but I will share with you, that I was diagnosed with pre-diabetes before WW,” she says.

Winfrey adds that her blood pressure “is now stabilized and in a healthy range,” and as for her blood sugar — “I am proud to tell you those numbers are back to normal too!”

She also says that her mother Vernita, who passed away in November, “had type 2 diabetes and was dependent on insulin.”

But for Winfrey, WW “changed my life,” she says. Along with losing 42 lbs. in the four years since she became a WW shareholder, the program also helped her regain her health.

“Beyond the weight, WW has helped me make healthier choices and understand the real numbers that matter most,” she says.

Winfrey told PEOPLE in Feb. 2018 that she stopped caring about dropping weight.

Now, Winfrey is celebrating Global Wellness Day and encouraging others to do the same. The annual initiative, focused on living well, began in Turkey in 2012 and has expanded to over 130 countries across the world.

To mark the day, WW is live-streaming a workout dance class with Julianne Hough starting at 6:45 a.m. PDT, available on their Facebook page.

END_OF_DOCUMENT_TOKEN_TO_BE_REPLACED

END_OF_DOCUMENT_TOKEN_TO_BE_REPLACED
We and our partners use cookies on this site to improve our service, perform analytics, personalize advertising, measure advertising performance, and remember website preferences.Ok