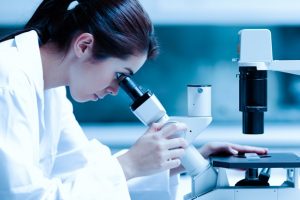 Yeasts have been evolving and diversifying for more than 400 million years. Likely, symbiotic relationships between humans and yeasts started already at the origin of our species (200-300 thousand years ago).

However, the manipulation of these microorganisms probably occurred only with the Neolithic revolution, when humans assumed a sedentary way of life, raising animals and cultivating cereals. From the accumulation of those cereals, brewing and bread making have begun. At that time, humans made an unconscious use of yeasts, given that their role in fermentative processes was only unveiled in the 19th century. Since then, humanity has become aware of these microorganisms' social and economic importance, responsible for a significant share of global GDP. Yeasts have become not only the flagship of alcoholic fermentation processes but also a heterologous-expression platform and a model organism for studying eukaryotes. In this context, this book initially addresses the origin and evolution of yeasts, their ecological relationships, and the main taxonomic groups -; six genera are specifically tackled in five different chapters. Finally, it addresses the main biotechnological processes in which both prospected and engineered yeasts are successfully employed.

Prof. Sérgio Luiz Alves Júnior holds a bachelor's degree in Biological Sciences from the Federal University of Santa Catarina (UFSC, 2005) and a Ph.D. in Biotechnology from the University of São Paulo (USP, 2010), with a sandwich internship at KU Leuven (Belgium, 2008). Since July 2010, he has been a professor at the Federal University of Fronteira Sul (UFFS), currently holding the position of Associate Professor. Between November 2010 and August 2016, Prof. Alves coordinated the processes of structuring the laboratories of this institution in the roles of General Coordinator of Laboratories and Special Secretary of Laboratories. He is currently a permanent professor at the Graduate Program in Environment and Sustainable Technologies at UFFS and a collaborating professor at the Graduate Program in Biotechnology and Biosciences at the Center for Biological Sciences at UFSC. He develops research in Biochemistry, Genetics and Biotechnology of Microorganisms, with emphasis on the optimization of fermentation processes carried out by yeasts.

Prof. Helen Treichel is graduated in food engineering from the Federal University of Rio Grande (1999), completed a master's degree from the State University of Campinas (2001), and obtained a Ph.D. in food engineering from the State University of Campinas (2004). Currently a professor and researcher at the Federal University of Fronteira Sul (UFFS)-;Campus Erechim. She operates in undergraduate courses in environmental engineering and agronomy and is a permanent professor in the Graduate Program in Environmental Science and Technology (UFFS-Campus Erechim) and Food Science and Technology (UFFS-Campus Laranjeiras do Sul). She has 260 articles published in periodicals of international prestige, h-factor 32, 6 books, 43 book chapters, more than 400 papers presented and published in Annals of events, and 3 patents. She acts as a leader of the Agro-energy research group. She has experience in the bioprocess and microbiology area, working on the following topics: Biochemical Engineering, Biochemical Processes, Design of Experiments and Process Optimization, Production, Purification, Immobilization, and Enzymes Application of Pretreatment and Use of Agro-Industrial Waste Fermentation Process, Biomass, Bioenergy, and Biofuels.

Prof. Thiago Olitta Basso is Assistant Professor at the Polytechnic School of the University of São Paulo. Prof. Basso is a pharmacist by training and his research uses a combination of microbial physiology, metabolic engineering and bioprocessing to improve biotechnological applications.

Prof. Boris Ugarte Stambuk received a B.S. in Biology from Universidade de São Paulo (1985), a M.S. degree in Microbiology and Immunology from Universidade Federal de São Paulo (1990), and a Ph.D. degree in Biochemistry from Universidade de São Paulo (1995). He had post-doctoral appointments at the National Renewable Energy Laboratory (CO, USA) in 2001-2002, and at the Department of Genetics at Stanford University (CA, USA) in 2006-2007. Dr. Stambuk is currently full professor of Biochemistry at the Universidade Federal de Santa Catarina, Brazil, working in the graduate program of Biotechnology and Biosciences, and in the graduate program in Biochemistry. He has published more than 80 articles in indexed journals, one book chapter and 2 patents, in the areas of yeast physiology, genomics and fermentation biotechnology, particularly related to the study of yeast sugar transport for the brewing and sustainable energy sectors.