Home » Health News » Other SARS-CoV-2 proteins are important for disease severity, aside from the spike

Other SARS-CoV-2 proteins are important for disease severity, aside from the spike 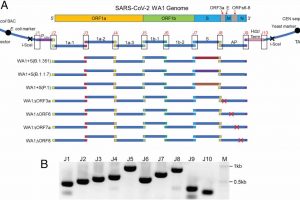 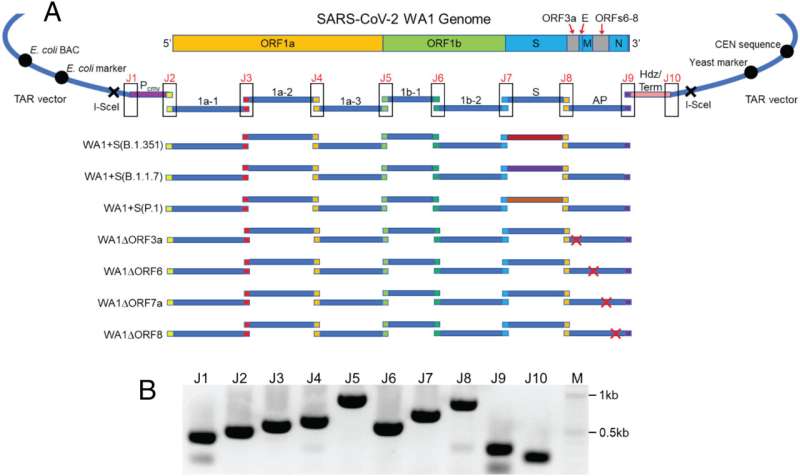 University of Maryland School of Medicine researchers have identified how multiple genes of SARS-CoV-2 affect disease severity, which could lead to new ways in how we develop future vaccines or develop newer treatments. The genes control the immune system of the host, contributing to how fiercely the body responds to a COVID-19 infection.

Although people typically think of the spike protein that forms the structural “crown” as the driving factor behind each new variant of COVID-19, research findings also show that mutations in these other “accessory” genes also play a role in how the disease progresses. Because of this, researchers believe these accessory proteins warrant further study as their mutations increasingly may become more significant as newer variants arise.

Their findings were published in Proceedings of the National Academy of Sciences.

The BA.4 variant of omicron, which circulated earlier this year, was overtaken by the latest BA.5 variant of the virus circulating now. Both of these variants seem to evade the immune system due to mutations in the spike protein. Because of these spike mutations, the researchers say the previous vaccines are not as effective in preventing disease.

“What is interesting is that both BA.4 and BA.5 variants have the same genetic sequence for the spike protein,” said Matthew Frieman, Ph.D., Alicia and Yaya Foundation Professor of Viral Pathogen Research in The Department of Microbiology & Immunology at UMSOM. “This means it’s the other genes, the non-spike protein genes, that seem to affect the way the virus copies itself and causes disease. So, mutations in these other accessory genes are what has allowed variants like BA.5 to outcompete the earlier versions of the virus.”

The SARS-CoV-2 virus has three kinds of genes—those involved in making more copies of the virus, those that make the virus structure, and accessory genes that have other functions. For this new study, the researchers wanted to find out the function of the accessory genes. To do this, they recreated viruses missing each of four accessory proteins and then infected mice with these new viruses or the original virus. Next, they observed how each virus affected the mice.

Dr. Frieman’s team of researchers found that virus missing the ORF3a/b gene led to more mild infections than the original SARS-CoV-2 virus. The mice with this virus strain lost less weight and had less virus in their lungs than mice infected with the original virus. These findings indicated that the ORF3a/b gene likely plays a role in either making more copies of the virus through viral replication or blocking the immune response to the infection. Other experiments suggested ORF3a/b has an extra job in the virus by seeming to activate the body’s innate immune system, the first line of defense launched by the immune system, signaling that a foreign invader needs to be vanquished.

“By inhibiting the immune response, ORF8 helps the virus to replicate more in the lungs which worsens infection. When removed, it allowed the immune system to fight back harder,” said Dr. Frieman.

Next, the researchers looked at how important the spike protein was for disease severity in each of the different variants of SARS-CoV-2. They took the original virus and swapped out the spike gene with the spike gene of either the alpha, beta, gamma, or delta variant. Then they infected cells and mice and observed how each of these viruses replicated and entered healthy cells. The virus uses the spike protein to hitchhike on the host’s ACE2 receptors found on the outside of cells lining the lungs as a way to get inside and infect cells.

Dr. Frieman’s team found that the spike protein determines the severity of some of the variants, but not for others. The gamma variant was weaker than the other variants in its ability to replicate and infect. The researchers think that the mutations in genes outside of the “spike,” particularly in the ORF8 gene, seem to play a role in making this version weaker than the others. Although the gamma variant circulated in Brazil, it did not spread further around the globe as it was overtaken by stronger variants.

“While the spike mutations are important for enhancing receptor binding and entry into cells, the researchers also found that the mutations in the accessory proteins can alter clinical disease presentation,” said Mark T. Gladwin, MD, Vice President for Medical Affairs at University of Maryland, Baltimore and the John Z. and Akiko K. Bowers Distinguished Professor and Dean, UMSOM.

“We need to learn more about the role of accessory protein mutations in COVID-19 infection, especially as new variants and subvariants keep emerging where these other proteins may play more of a starring role.”