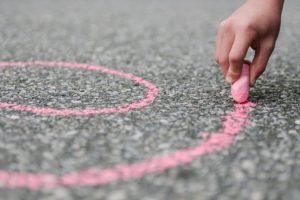 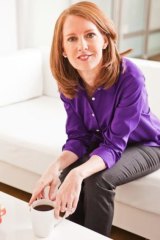 Gretchen Rubin: “If you want something it’s not going to happen unless you make an effort.”Credit:Michael Weschler Photography

When she was in her 40s, Gretchen Rubin tackled happiness as a project because that's how Rubin rolls. To be clear, she was happy. She wanted to be happier.

Her quest, resulting in bestseller The Happiness Project, inspired people – who are we kidding? women – to shed bad practices and develop far better ones.

The 2009 book launched Gretchen Rubin Inc., which encompasses more titles, book sales of 3.5 million, a community-sourced app (Better) and a podcast (Happier) that has been downloaded 70 million times.

Friends warned her that the title was terrible, she recalls, and the book wouldn't work because "either you're so boring nobody cares, or you're so idiosyncratic no one will identify with you, both of which are true".

Actually, only the latter is true.

Rubin, 53, is a former editor in chief of the Yale Law Journal and clerk for Supreme Court Justice Sandra O'Connnor. But after only a few years, she quit the law with zero remorse and became a thought leader on inner growth. Rubin lives in a sumptuous Upper East Side triplex, with her husband, Jamie, a private equity fund manager; a daughter (with another in college); and a cockapoo.

She's in four book groups. For her happiness project, Rubin compiled 92 goals. Her home is Architectural Digest gorgeous. And beyond tidy.

You know the type. Surgeons who bake heirloom-grain bread for school events. Marathoners who run at 5 a.m. listening to Cervantes in Spanish. Mothers of four who are thinner than they were in grad school. On screen, they're portrayed by Reese Witherspoon and Jennifer Garner.

Now imagine that Type A Plus person telling you how to live, through her blog, podcast and books. Such gumption makes Rubin a polarising figure. Many friends and colleagues of mine groan when they hear her name. Yet, in the past decade, Rubin's become a popular savant on self-improvement.

That's the core of the Rubin paradox: Why do people seek advice from someone who appears to have achieved so much so effortlessly – and who flits from topic to topic with the supreme confidence of an authority on all of them?

Her background is in law, not psychology, but two years ago Rubin published The Four Tendencies: The Indispensable Personality Profiles That Reveal How to Make Your Life Better (and Other People's Lives Better, Too). She calls her theory "the most major insight I felt I've had in my whole life".

Rubin, of course, is an Upholder (the others are Questioner, Obliger and Rebel). An Upholder honors both outer and inner expectations – while other people maintain lesser habits like cake and sloth.

Reviews were not kind. "Breezy but unconvincing work of pop psychology," wrote Publishers Weekly. "Analysis lacks psychological or scientific grounding, and it can lead to questionable conclusions," Kirkus noted, calling it "ultimately insubstantial".

Most likely, Rubin did not read these. She doesn't look at reviews and profiles of herself, due to "negativity bias", that adverse comments are more memorable than positive ones.

In writing The Four Tendencies Rubin didn't feel the need to consult psychologists. "Res ipsa loquitur. The thing speaks for itself," she says, sitting before one of two working fireplaces in her book-lined living room. "I really see myself more like someone like Samuel Johnson," the 18th century man of letters, "Like not that I would compare myself to Samuel Johnson but like someone whose observations are penetrating because they're true."

Rubin never uses the term "self-help", though her books are labeled as such. In many ways, she is filling the be-a-better-you space long occupied by glossy women's magazines when they were thriving: fast fixes, quizzes, labels and comfort. This year, Rubin launched two online courses: one on happiness, the other on her four tendencies. About 10,000 people enrolled.

While researching Tendencies, she jotted down notes for Outer Order, Inner Calm, published this week, a collection of more than 120 random tips and aphorisms, though mainly it's about clutter.

"If there's a book that's been hugely successful, it's usually a sign that people are really interested in the subject," says Rubin, a passionate fan of the tidying Netflix sprite. Marie Kondo has a specific method and order, Rubin says, whereas "I feel there's no one way to clear clutter."

Kondo doesn't like a lot of books. Rubin's home is filled with them. Kondo asks if a thing "sparks joy". Rubin prefers asking "Does this energise me?"

This coming from a woman who cleans friends' closets for fun. "I'll spend as long as they let me," she says. "Usually, they kick me out."

She wants to help. She needs to help. Her younger sister Elizabeth Craft, a TV writer and producer who co-hosts Rubin's podcast, wryly dubbed her a "happiness bully".

"You're on the fringe. You're not like normal human beings," Craft once said to her. "Other people don't decide they're never eating cheese again – and stop."

"You are right," Craft recalls Rubin responding. "I really am different."

She loves to share – her diet, her lists – which endears her to acolytes. "She sort of lives out loud," says her friend Julia Bator. "She's very narrative in her podcast and in her work."

Nor is Rubin afraid to abandon something or admit there are whole areas that don't interest her, like music. She tried meditation twice. "Got nothing out of it," she says.

Rubin is fit, slender. "I gave up carbs," Rubin says. And sugar. And fat. She rarely drinks. Any bad habits? "I am a terrible hair twister."

No, Gretchen, that is not a bad habit.

"I feel like I must have bad habits," she says. Pause. "I'm really bad about putting my clothes away."

Order becomes her. The Rubin oeuvre is salted with lists: The (12) Habits Manifesto, the Nine Promises, her 12 Commandments.

She compiled 19 resolutions for 2019, including reading Proust, developing merchandise and learning to play the ukulele.

Each year is blessed with a theme; 2019's is growth. "How do we take everything to the next level?" Rubin asks. "Like, how do I even think about that?"

Must our lives always be under construction, each day tasked with becoming ordered, calmer, better, happier, more? Can't we simply be?

"That's one of the central tensions within the subject of happiness," Rubin says. "It's an absolutely crucial thing to think about because, on the one hand, you want to accept yourself, and on the other hand, you want to expect more from yourself."