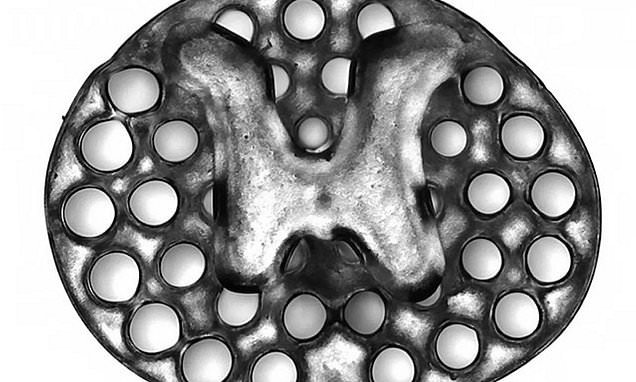 People who have suffered crippling spinal injuries have been offered fresh hope of walking again by scientists using state of the art 3D technology.

For the first time, researchers have used rapid 3D printing technologies to create a spinal cord, before successfully implanted the scaffolding, loaded with neural stem cells, into sites of severe spinal cord injury in rats.

In rats, the scaffolds supported tissue regrowth, stem cell survival and expansion of neural stem cell axons out of the scaffolding and into the host spinal cord. 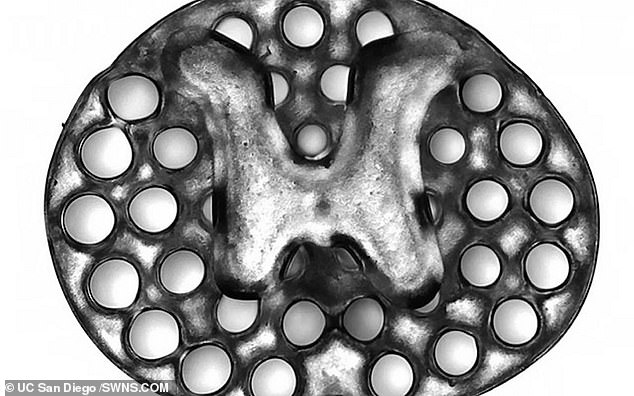 Study co-senior author Professor Mark Tuszynski, of the University of California San Diego, said: ‘In recent years and papers, we’ve progressively moved closer to the goal of abundant, long-distance regeneration of injured axons in spinal cord injury, which is fundamental to any true restoration of physical function.’

Axons are the long, thread-like extensions on nerve cells that reach out to connect to other cells.

‘It helps organize regenerating axons to replicate the anatomy of the pre-injured spinal cord.’

He said: ‘Like a bridge, it aligns regenerating axons from one end of the spinal cord injury to the other.

‘Axons by themselves can diffuse and regrow in any direction, but the scaffold keeps axons in order, guiding them to grow in the right direction to complete the spinal cord connection.’

The implants contain dozens of tiny, 200 micrometer-wide channels, twice the width of a human hair, that guide neural stem cell and axon growth along the length of the spinal cord injury.

And the process is scalable to human spinal cord sizes, according to the research team.

‘We can quickly print out an implant that’s just right to match the injured site of the host spinal cord regardless of the size and shape.’

After a few months, new spinal cord tissue had regrown completely across the injury and connected the severed ends of the host spinal cord.

‘It seems to shield grafted stem cells from the often toxic, inflammatory environment of a spinal cord injury and helps guide axons through the lesion site completely.’

He said the circulatory systems of the treated rats had penetrated inside the implants to form functioning networks of blood vessels, which helped the neural stem cells survive.

Dr Zhu added: ‘Vascularisation is one of the main obstacles in engineering tissue implants that can last in the body for a long time.

Our group has done work on 3D printed blood vessel networks before, but we didn’t include it in this work.

Biology just naturally takes care of it for us due to the excellent biocompatibility of our 3D scaffolds.’

Now the scientists are scaling up the technology and testing on larger animal models in preparation for potential human testing.

Next steps also include incorporation of proteins within the spinal cord scaffolds that further stimulate stem cell survival and axon outgrowth.

The findings were published in the journal Nature Medicine.