Parkinson’s disease symptoms: The one smell which could identify condition, says Dr Chris 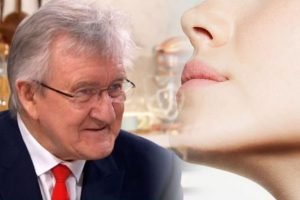 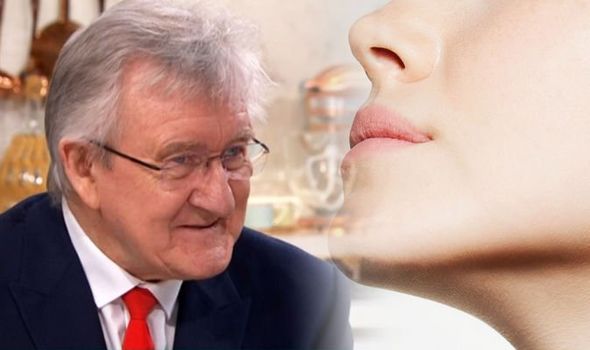 Parkinson’s disease is caused when a loss of nerve cells in a part of the brain called the substantia nigra occurs. This then leads to a reduction in a chemical called dopamine in the brain, which is vital in regulating the movement of the body. One of the most recognisable symptoms of Parkinson’s is involuntary shaking of particular parts of the body. But joining TV doctor Dr Chris Steele on ITV’s This Morning, Joy Milne revealed the smell which helped identify her husband’s Parkinson’s.

While the news of his diagnosis was devastating, Joy has since been working with scientists to help them in the early identifying of the condition.

Prior to Les’ diagnosis, Joy noticed a different smell on him, which she described as a “dank, heavy musk, which wasn’t nice”.

She said: “I didn’t know at the time what that might mean.

“It was 12 years before he was diagnosed with Parkinson’s. We went to out first Parkinson’s meeting and when we returned home to Scotland, I said ‘I think you should sit down, those Parkinson’s patients smell the same as you.’”

The last couple of years, Joy has been working with scientists on the link between odour and the disease. 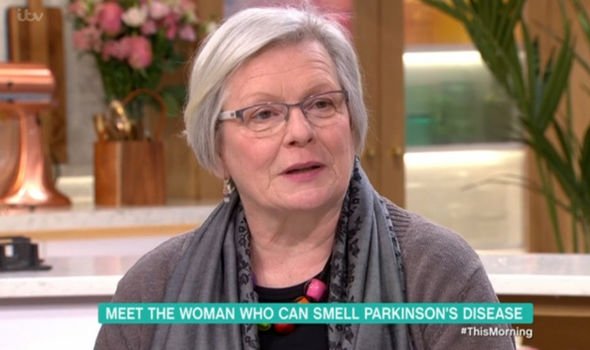 Researchers have found people with Parkinson’s disease have altered levels of certain compounds in sebum – an oily secretion the body produces to moisturise and protect skin.

Having excessive amounts of sebum can result in the very smell Joy described as her husband having.

“[This information isn’t] going to sure it but if you’re alerted this is the way your body is going you can delay the deterioration.

“In that time you can improve your quality of life with early medication. 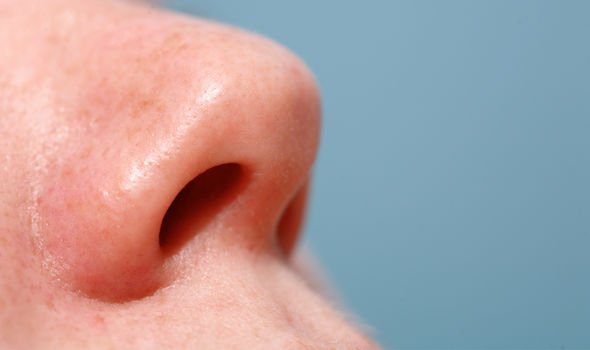 “It’s the same with dementia. If you know beforehand there’s time for preparation.”

Joy mentioned how she’d had also has experiencing linking other diseases with smell.

With Alzheimer’s disease, she said patients initially smell of sweet vanilla, but this then turns to a dank, musky smell.

With liver disease, Dr Chris and Joy agreed this can produce a strong smell, which “smells like death”.

Parkinson’s disease can cause a variety of symptoms – movement and non-movement. Pain in a certain part of the body is another sign to note.