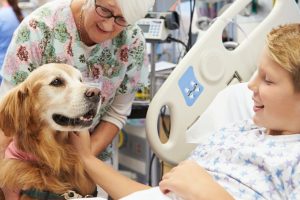 We’ve all heard of the psychotherapy couch, and the dynamic between a client and their human therapist. But perhaps less well known is the increasingly popular pet therapy. And no, that’s not therapy for your pet—it’s the relatively new phenomenon of therapy for humans, which involves animals.

These animal assisted interventions (AAIs)—which also include a trained human professional—are proving beneficial to people of all ages, leading to significant reductions in physiological responses to stress—such as heart rate—and associated emotions, such as anxiety.

It’s a longstanding and widely accepted fact that people of all ages can benefit from partnerships with animals as pets. From the joy of the human-animal bond, to companionship and improved mental health, there is no doubt that cats, dogs and other pets enhance our lives immeasurably.

But over the last ten years or so, animals have started to help humans in settings away from the home—such as hospitals and care homes for the elderly, as well as schools, universities, prisons and rehabilitation services.

The Royal University Hospital Emergency Department in Saskatchewan, Canada, for example, has been welcoming therapy dogs (and their handlers) since 2016.

A recent study based at the hospital set out to investigate whether canine therapy had any impact on the well-being of patients—the majority (around 70%) of which had been admitted and were waiting for a hospital bed, and all of whom were experiencing pain.

They each received a ten minute visit from a St John Ambulance therapy dog in addition to the usual hospital care. Using a detailed psychometric survey, the researchers assessed patients immediately before the visit, immediately afterwards and 20 minutes afterwards. They were encouraged to find that the patients reported a significant reduction in pain, anxiety and depression following the visit by the therapy dog—and an increase in general well-being. 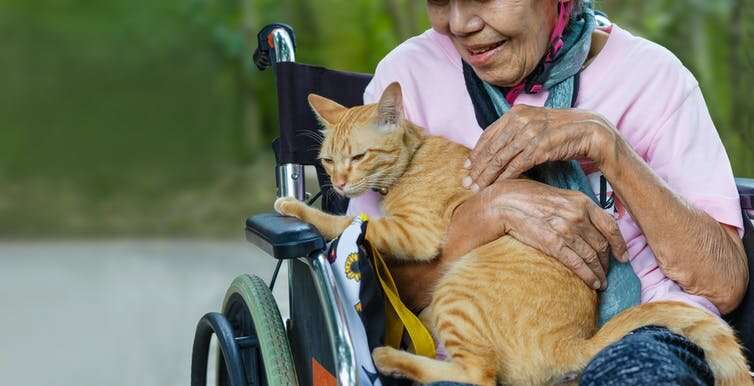 Over the last ten years, cats have also joined the AAI movement—and have been used in settings such as schools and care homes to improve well-being. Just being in the presence of a cat has been shown to improve mood and reduce feelings of loneliness. Playing with a cat, and physical contact through stroking and hugging, can induce a sense of calm, especially for children and frail elderly patients in long term care.

In fact, even a cat’s purr can bring emotional relief, especially when we’re feeling stressed.

One study—with patients living with chronic age-related disabilities in a nursing home—found that those who were assigned a cat therapy session three times a week, for six weeks, had improved depressive symptoms and a significant decrease in blood pressure.

Horse assisted therapy is particularly useful for young people experiencing mental health and behavioral issues. In many cases, those who have not benefited from traditional, talk-based therapy, may experience benefits—particularly an increased feeling of calm and emotional control—when participating in horse therapy, during which they learn how to communicate with and care for the horses.

Therapeutic horse riding has been shown to improve symptoms of PTSD in adults, too. And equine therapy, where there is no riding—but instead feeding, grooming and leading the horse—can help people to process and change negative behaviors, such as those associated with addiction. 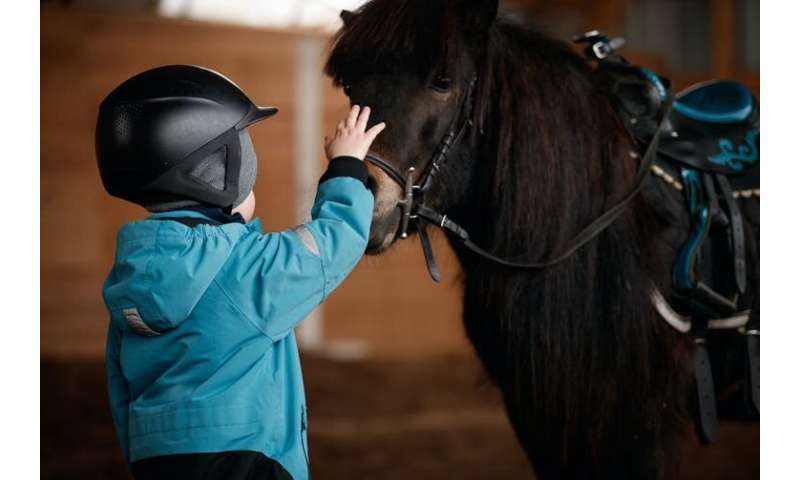 Why pets are good therapists

Building relationships and social connections through socializing and human interaction is a key part of maintaining and improving our mental health.

Animals, when left to their own devices, also make and work to maintain and enhance emotional relationships and connections with others. We are extremely lucky that—when it comes to dogs, cats and horses—this tendency also extends to humans, as long as we behave in a way that is comfortable for the animal.

And science has shown that they can understand what is happening in our interactions with them, too.

Horses can read and tune into human emotions. They can even learn about a person from watching them interact with another horse, and adjust their behavior accordingly—such as approaching and touching the person more if they appear to display discomfort around the other horse.

Research with dogs and cats has found that they too can read and respond to our body language, facial expressions and voices.