Recovering from Coronavirus Is 'Miserable,' Patients Say as U.S. Cases Soar Past 4,400 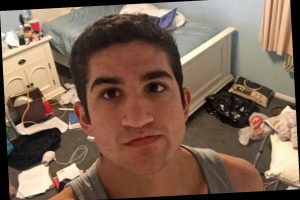 As information about the coronavirus pandemic rapidly changes, PEOPLE is committed to providing the most recent data in our coverage. Some of the information in this story may have changed after publication. For the latest on COVID-19, readers are encouraged to use online resources from CDC, WHO, and local public health departments and visit our coronavirus hub.

When the annual South by Southwest festival in Austin was canceled on March 6 due to the coronavirus outbreak, it was an early indicator of what was to come.

Within a week, the NBA would suspend its season, colleges would extend their spring breaks and send students home indefinitely, and National Guard troops would descend upon New Rochelle, N.Y., a hotbed of the highly contagious virus that originated in Wuhan, China in late December.

There have been more than 4,400 confirmed cases in the United States since the first was reported in late January, and the ensuing panic has seen grocery stores raided for essentials, a familiarization with the term “social distancing,” economic devastation, and most recently, some city-imposed curfews requiring residents to be home by 8 p.m.

Symptoms — which typically include a fever, cough and shortness of breath — vary from person to person, and for 21-year-old Max Schulman, the virus manifested itself through a high fever.

The Vanderbilt University junior tells PEOPLE in this week’s issue that he visited friends in Barcelona, then came home to New York on March 7 and tested positive the next day.

“It wasn’t really a thought,” he says of hanging out in packed public spaces during his trip. “I was feeling a little bit off when I was in the airport.”

By the time he got home to Long Island, New York, his symptoms had escalated, and he was in bed with a 102.7 fever. He was soon hospitalized, and learned his diagnosis, though he says his case is “not serious.”

“Physically I feel fine. Emotionally I’m painfully bored,” he says. “I’m halfway through the 14-day isolation. This is the longest I’ve ever been inside.”

Steven Avila, meanwhile, tells PEOPLE that his symptoms began two weeks ago with body aches that soon escalated into chills and sweats.

The New York City-based consultant and cancer survivor, 30, says he visited urgent care and tested negative for the flu, but returned five days later as his fever persisted, and he began feeling a pressure in his chest. A trip to the emergency room yielded a positive test for coronavirus.

“I am now at home under quarantine for two weeks,” he says. “It’s been pretty miserable between the fever and the body aches and the coughing. I was completely immobilized for a week.”

Meanwhile, down in Marietta, Georgia, Teresa Duncan Johnson and her husband John learned to live under quarantine after they returned from the Grand Princess cruise ship, which carried 21 infected people until it was finally allowed to dock on March 9.

The couple was quarantined at Dobbins Air Reserve Base until March 14, and say that while they are allowed to leave their room while under quarantine, they mostly stayed inside to limit their exposure.

For more on coronavirus, pick up the latest issue of PEOPLE, on newsstands Friday, or subscribe here.

“They bang on the doors early for breakfast — and temperature readings,” says Teresa. “They don’t have many answers, and people believe they are being treated as criminals, held against their will.”

The quarantine scene is familiar for Bridgett Parkhill and her sister Carmen Gray, who are now forced to interact with their mother Susan Hailey outside her window at the Life Care Center in Kirkland, Washington.

A staggering 30 patients and 43 staff had COVID-19 at press time — including Hailey, 76, who was there rehabbing a broken ankle after hip-replacement surgery. The center has been associated with at least 19 deaths from the virus.

The sisters said their mom first noticed she had a cough either Feb. 23 or Feb. 24, but that she attributed it to a bug going around the center. Hailey tested positive for coronavirus on March 8.

“I’m scared to death,” says Parkhill. “She isn’t sick enough to be taken to the hospital, but if she gets sicker, she could die. That’s why my sister and I are there, bringing her breakfast, lunch and dinner, trying to make her laugh while we sit outside her window, trying to make it seem like we are dining together.”

Meanwhile, Bob Shellard, 90, has also been communicating with his wife Nancy through a window at her nursing home in Vernon, Connecticut.

To celebrate the couple’s 67th wedding anniversary on March 14, Shellard showed up with a red felt heart with glitter trim and the message “I’ve loved you 67 years and still do.”

“I knew I couldn’t go inside and she couldn’t come out, so I thought I would make something I could show her from the street,” he says. “I miss just being together.”

As the virus continues to spread, it’s making it’s mark not just on those directly affected, but community members, too, like the three teachers in Arlington, Virginia, who started a GoFundMe to raise enough money to give $100 grocery store gift cards to each of their district’s 8,300 students as schools close for four weeks.

“It’s time for everyone to turn and look and call your neighbor, see what they need,” says teacher Laurie Vena, 50. “It’s time to just be family, community.”

Medical historian Dr. Howard Markel, a professor at the now-closed University of Michigan, also emphasizes the importance of sticking together — especially considering the inevitability of a similar situation in the future.

“As serious as this coronavirus is, we’re going to come out on the other end, and my hope is we’ll come out stronger and more cognizant that we live in a global village of emerging infectious diseases,” he says. “It’s not an issue of if, it’s an issue of when.”