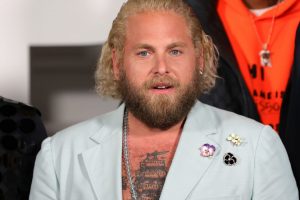 Jonah Hill has pledged to end all public appearances to promote his films on the grounds of mental health – as he releases a new documentary, Stutz, that explores his worsening anxiety attacks, and the therapy that he sought for relief.

Around 4% of the world’s population struggle with anxiety, yet it’s a condition that’s still widely misunderstood – especially within the myopic world that is dealing with anxiety at work.

As workplace stress levels surge amid the ongoing fallout of the global pandemic, many people grapple with how to manage feelings of panic or dread in a professional environment – with the so-called “fear of the fear” (i.e. the need to pre-empt or mask symptoms) creating a huge challenge in itself.

For all these people, and others, actor Jonah Hill has some self-taught wisdom up his sleeve. In a frank open letter published by Deadline this week, the 21 Jump Street star shines a light on his near 20-year experience of panic attacks, saying “I’m hoping to make it more normal for people to talk and act on this stuff.”

Hill’s news comes as the actor releases a new documentary, Stutz, that he filmed in secret. Directed and written by Hill himself, the candid feature delves inside Hill’s relationship with his therapist, Phil Stutz (who inspired the title), amid his worsening anxiety attacks.

As the Guardian reports, Hill began seeing Stutz in 2017, following advice from Joaquin Phoenix, his co-star in the comedy drama Don’t Worry, He Won’t Get Far on Foot. As he explains in his open letter, Hill, together with his therapist, started to piece together the way in which his anxiety was “exacerbated by media appearances and public facing events” – turning his dream job into a nightmarish ordeal.

Jonah Hill and Joaquin Phoenix, who recommended his friend a therapist

As a result, Hill has decided to withdraw from all public appearances, of the kind that usually go hand-in-hand with life as a Hollywood star, from now on; including any promotion for his new documentary.

“You won’t see me out there promoting this film, or any of my upcoming films, while I take this important step to protect myself,” he writes. “If I made myself sicker by going out there and promoting it, I wouldn’t be acting true to myself or to the film.”

Hill goes onto say that, unlike many others in the workplace, he recognises the advantage he has in being able to make such a decision without consequence. “I understand that I am of the privileged few who can afford to take time off. I won’t lose my job while working on my anxiety,” he writes.

Therapy is normally a confidential process between clients and practitioners, with privacy an important part of trust-building that nevertheless can create a sense of secrecy or mystery for people unfamiliar with the process.

With the unusual step of opening up his own sessions in Stutz, providing a behind-scenes look at his battle with anxiety, Hill says he is aiming to help the millions of others facing similar a plight.

“The whole purpose of making this film is to give therapy and the tools I’ve learned in therapy to a wide audience for private use through an entertaining film,” he writes. “[…] I can’t wait to share it with audiences around the world in the hope that it will help those struggling.”

Stutz will debut at a series of independent film festivals this autumn.