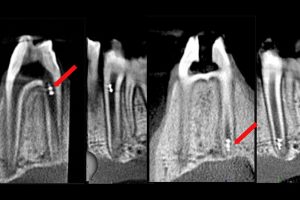 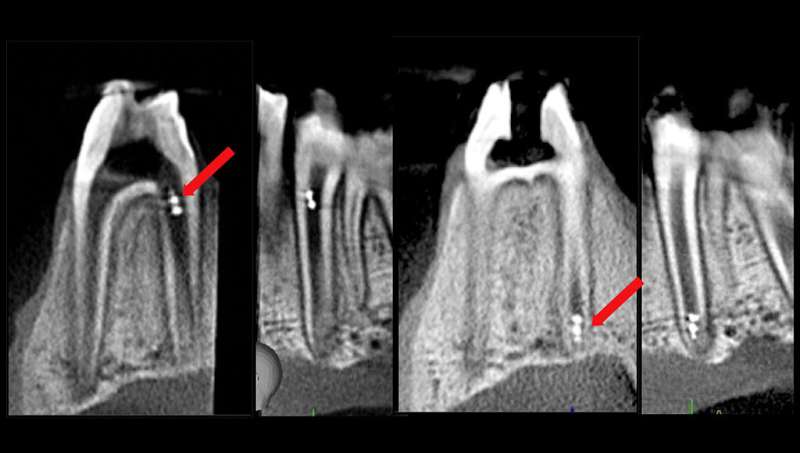 With its irregularities and anatomical complexities, the root canal system is one of the most clinically challenging spaces in the oral cavity. As a result, biofilm not fully cleared from the nooks and crannies of the canals remains a leading cause of treatment failure and persistent endodontic infections, and there are limited means to diagnose or assess the efficacy of disinfection. One day, clinicians may have a new tool to overcome these challenges in the form of microrobots.

In a proof-of-concept study, researchers from Penn Dental Medicine and its Center for Innovation & Precision Dentistry (CiPD), have shown that microrobots can access the difficult to reach surfaces of the root canal with controlled precision, treating and disrupting biofilms and even retrieving samples for diagnostics, enabling a more personalized treatment plan. The Penn team shared their findings on the use of two different microrobotic platforms for endodontic therapy in the August issue of the Journal of Dental Research.

“The technology could enable multimodal functionalities to achieve controlled, precision targeting of biofilms in hard-to-reach spaces, obtain microbiological samples, and perform targeted drug delivery,” says Dr. Alaa Babeer, lead author of the study and a Penn Dental Medicine Doctor of Science in Dentistry (DScD) and endodontics graduate, who is now within the lab of Dr. Michel Koo, co-director of the CiPD .

In both platforms, the building blocks for the microrobots are iron oxide nanoparticles (NPs) that have both catalytic and magnetic activity and have been FDA approved for other uses. In the first platform, a magnetic field is used to concentrate the NPs in aggregated microswarms and magnetically control them to the apical area of the tooth to disrupt and retrieve biofilms through a catalytic reaction. The second platform uses 3D printing to create miniaturized helix-shaped robots embedded with iron oxide NPs. These helicoids are guided by magnetic fields to move within the root canal, transporting bioactives or drugs that can be released on site.

“This technology offers the potential to advance clinical care on a variety of levels,” says Dr. Koo, co-corresponding author of the study with Dr. Edward Steager, a senior research investigator in Penn’s School of Engineering and Applied Science.

“One important aspect is the ability to have diagnostic as well as therapeutic applications. In the microswarm platform, we can not only remove the biofilm, but also retrieve it, enabling us identify what microorganisms caused the infection. In addition, the ability to conform to the narrow and difficult-to-reach spaces within the root canal allows for a more effective disinfection in comparison to the files and instrumentation techniques presently used.”

This microrobotics system is the outgrowth of collaborative work that has been ongoing for several years between Penn Dental Medicine and Penn Engineering. In a recent separate study in ACS Nano, Dr. Koo and colleagues constructed the platform to electromagnetically control the microrobots, in that case, enabling microswarms of the iron oxide NPs to adopt different configurations and release antimicrobials on site to effectively treat and remove plaque from teeth.

“We see potential applications of microrobotics systems for both at-home oral care as well as in the dental office for more precise and effective tools for clinicians,” says Dr. Koo.

To determine the effectiveness of the endodontic microrobotic systems to disrupt and retrieve biofilm from the root canal, the researchers conducted experiments in vertically placed 3D printed tooth replicas in collaboration with Dr. Bekir Karabucak, Chair of Penn Dental Medicine’s Department of Endodontics. A mixed-species biofilm containing endodontic bacteria (Streptococcus gordonii, Enterococcus faecalis, Fusobacterium nucleatum, and Actinomyces israelii ) was prepared inside the teeth replicas and the NP suspension was introduced to the root canal. Using electromagnets, microswarms of NPs were created and precisely controlled to disrupt the biofilm. Upon analysis of the collected biofilm, they found all four species were detected, and using a microscope, all nanoparticles appeared to be removed from the root canal.

The second system tested exploits the flexibility of iron oxide NPs as building blocks and involves creating a molded robotic system. Soft corkscrew-like molds in the form of a helicoid (two helices wrapped around a central axis) were 3D printed and filled with a NP-embedded gel. Using a magnetic field, the helicoids were shown to move through the canal with high efficiency to achieve chemical and mechanical disruption of biofilm. Of particular note is the added ability to load the helicoids with therapeutics for targeted drug delivery at the apical region of the root canal where the infection is in close proximity to the surrounding tissues.

In addition, the research team showed the unique ability of track the microrobots in real-time using existing imaging technologies such as intraoral scanner, dental X-ray, and cone-beam computed tomography that were capable of locating the helicoids in the intact tooth canal.

“Importantly, we demonstrated in an ex vivo model that the robots could be controlled by the magnetic field without interruption by the soft and hard tissue surrounding the teeth. In addition, they showed tremendous maneuverability from the top to bottom of the canal,” notes Dr. Karabucak, who explains the magnetic field for both of the endodontic systems tested would be generated by a small device in the oral cavity.

Along with the potential to enhance endodontic treatment and tissue regeneration, the researchers see this technology as something that could have broad applications across medicine and industry.