Research on to find robots’ utility in treatment of mental disorders 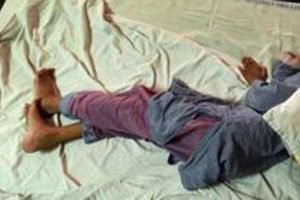 Robot-assisted therapy could play a crucial role in rehabilitating and improving the quality of life of people with a wide range of mental health concerns, including children with autism spectrum disorder, individuals with intellectual disabilities (ID), and the elderly, according to a new research paper.

A team of international researchers, including some from Spain and one from India, is evaluating the fitness of robots in delivering mental health treatment to individuals with ID and assessing its impact on users and their caregivers.

Titled ‘Robot-Assisted Interventions for Individuals with Intellectual Disabilities: Impact on Users and Caregivers’, the paper published in the International Journal of Social Robotics on February 1 has reported positive effects of such intervention on users, mainly improvement in behaviour.

The research project, currently being piloted at the Ave Maria Foundation in Barcelona, Spain, provides valuable insight into the development of robot-assisted intervention for cognitive rehabilitation of people with intellectual disabilities.

“We made use of humanoid robots that are 58 cm tall and look, speak and move like humans. Robotics is a vast subject, so a major part of our research was to identify what areas to make use of and what sort of therapy,” said Jainendra Shukla, assistant professor, Indraprastha Institute of Information Technology, Delhi, who is part of the research team.

The project was a part of Shukla’s PhD research and was started in 2014.

A questionnaire was specifically prepared for the evaluation of robotic interaction effects. The questions were selected to evaluate social interaction and the communication intents of patients while they were interacting with other people or with the robot during the activity.

The users have sensors attached to them in the form of a wrist band that robots pick up data from and analyse before reacting.

“It’s not a cure for people with ID but to provide cognitive stimulation therapy where we try to stimulate some parts of an individual’s brain,” said Shukla.

A multipronged strategy was adopted by the researchers. During the first phase of this project, several interviews were conducted with expert psychologists and professional caregivers working with individuals with ID to identify what sort of assistance could be offered to these individuals using robotics.

Following the interviews, a case study was performed to evaluate the response of robot interactions with individuals with ID. Finally, there was a field trial to evaluate the impact of robot-assisted interventions on caregivers.

“It has shown effective results in retaining memory, hand-eye co-ordination and even improving communication skills, especially non-verbal,” Shukla said. The researches are now working to improve the technology to be able to identify the emotional state of the user and work out a response.

Experts in the field say certain concepts that sound interesting at the research level may not necessarily work well in a real case scenario.

“Use of robotics in delivery of psychiatric treatment is being talked about, whether it can replace specialists or not since we have inadequate number of specialists. However, it’s too early to tell whether it will be a success, as in research design there are highly motivated people working in a structured environment, which may not be the case in general practice,” said Dr Rajesh Sagar, professor of psychiatry at the All India Institute of Medical Sciences, Delhi.

“The subject needs further research but it may be worth exploring,” he added.