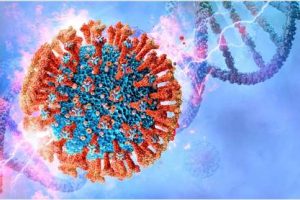 In 2021, several new variants of the severe acute respiratory syndrome coronavirus 2 (SARS-CoV-2) emerged and spread throughout the world. Some of these new variants include the Alpha, Beta, Gamma, Delta, Lambda, and Eta strains. 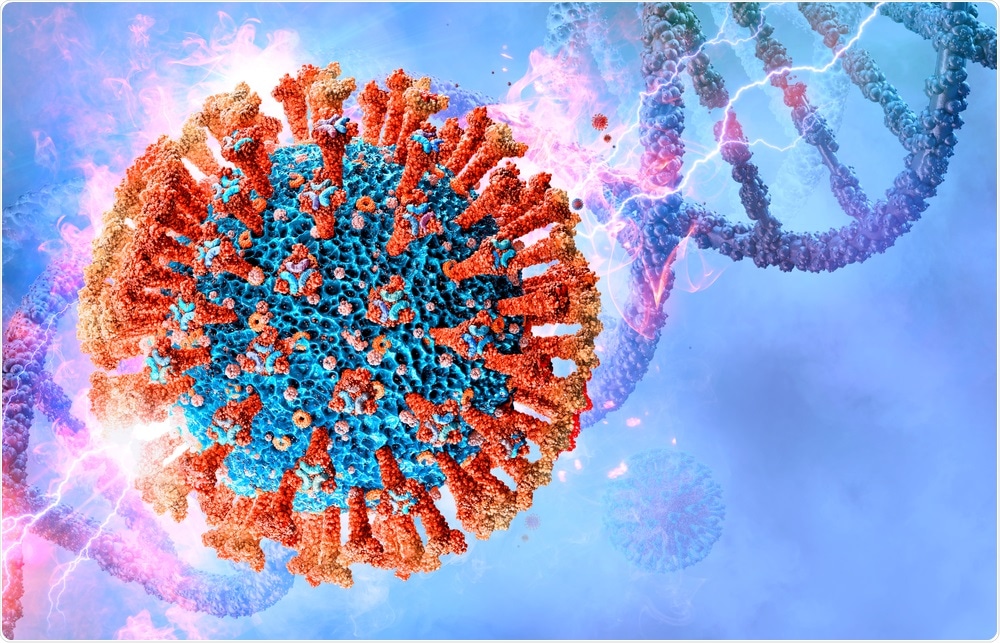 The rapid spread of the Alpha variant

While the SARS-CoV-2 Alpha variant was first detected in the United Kingdom, it quickly spread to other countries around world. In fact, by mid-January 2021, the Alpha variant was detected in twelve states in the United States of America. Simultaneously, this variant had also become the dominant circulating strain in Israel, where it accounted for more than 90% of new cases.

Upon detection of the Alpha variant in Israel, the country intensified its surveillance as well as prioritized rapid vaccination. Although the Alpha variant strain was reported to be more transmissible than the original SARS-CoV-2 strain, there have been conflicting reports on whether this variant is also deadlier than the wild type strain.

To this end, in a recent study published on the pre-print server medRxiv,* researchers analyzed the coronavirus disease 2019 (COVID-19) data obtained from Israel to determine whether the Alpha variant led to a higher fatality rate.

How was the study carried out?

In the current study, the researchers analyzed data published by the Israel Ministry of Health from March 1, 2020, to February 28, 2021.

Calculation of crude mortality rate was done by summing the deaths divided by the total population of Israel. Additionally, case-fatality rates were calculated weekly to minimize all weekend under-reporting biases.

What did the study find?

Case-fatality rates in Israel quickly rose during the start of the pandemic and peaked in May 2020. 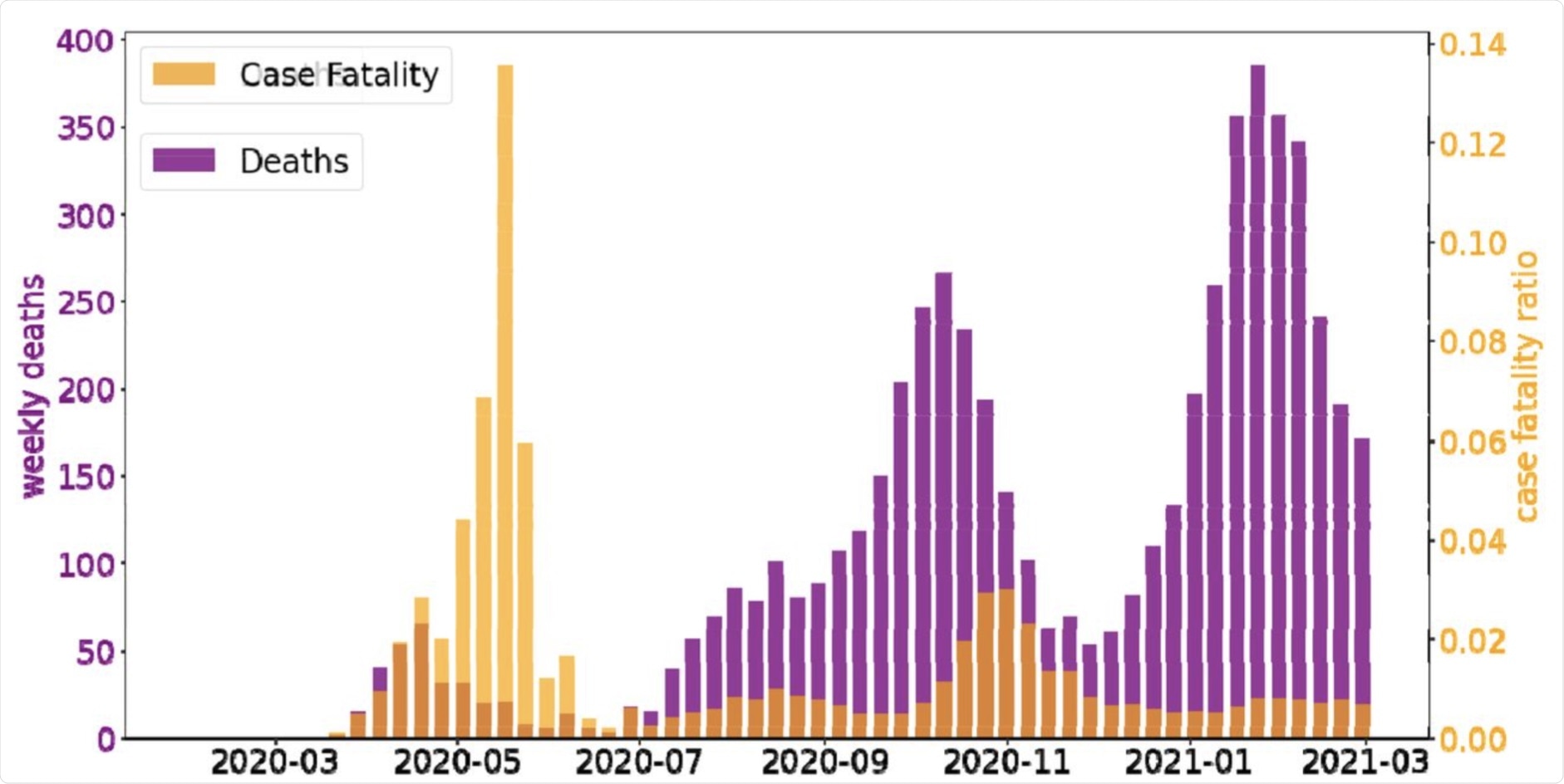 Taken together, the emergence of the Alpha variant was associated with higher crude mortality rates and lower case fatality rates. The authors speculate that the changes in these rates are likely due to the more infectious but less deadly nature of the Alpha strain.

Cumulative case fatality rates from November 2020 until the end of January 2021. The horizontal yellow line marks the date the alpha variant first appeared in Israel. Variant proportions are illustrated.

“A possible explanation of our findings is that Alpha variant infected more people over time in Israel and the U.K., but once infected, these people were no more likely to die than people infected with the wild-type virus.”

Publicly available data from many countries also showed that fatality rates did not rise above December 2020 levels, despite the rapid spread of the Alpha variant. In fact, fatality rates in Israel were found to be lower than those in the U.K. due to the presence of a much younger population.

In conclusion, the researchers stated that although the Alpha variant is more transmissible, it does not appear to be more deadly than the ancestral SARS-CoV-2 variant.

medRxiv publishes preliminary scientific reports that are not peer-reviewed and, therefore, should not be regarded as conclusive, guide clinical practice/health-related behavior, or treated as established information.