Researchers discover a link between dementia risk and sleep apnea 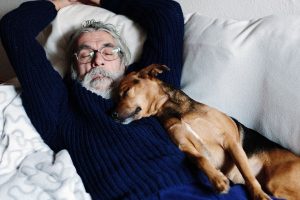 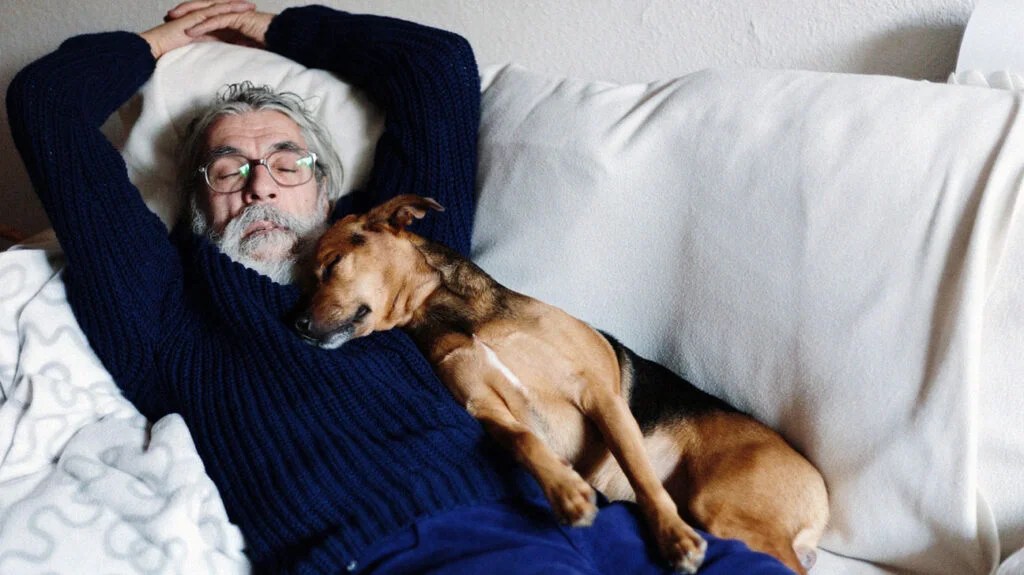 It is commonly thought that Alzheimer’s disease (AD) arises from cellular changes that lead to the buildup of amyloid-beta proteins in the brain.

However, the underlying physiological triggers behind this process remain unknown.

Epidemiological studies have identified obstructive sleep apnea (OSA) as a strong risk factor for dementia. OSA impedes airflow while sleeping and affects over 50% of elderly adults.

Until now, the reasons behind the link between AD and OSA have been unclear.

Recently, researchers examined the link between OSA and AD in mouse models.

The study was published in Nature.

Lack of oxygen and Alzheimer’s

For the study, the researchers conducted several experiments on mouse models of AD and OSA.

In one experiment, the researchers examined the effects of OSA on AD mice. They found that OSA exacerbates cognitive decline in mouse models of AD.

They further found that, when compared to controls, mice with AD and OSA have more amyloid-beta plaques and a greater loss of cholinergic basal forebrain neurons (cBF), which regulate cognitive processes such as spatial navigation and associative learning. The researchers noted that these neurons are the first to degenerate in AD.

They next sought to see whether disrupted sleep or hypoxia was responsible for cBF degeneration and amyloid beta accumulation.

To do so, they observed the effects of sleep deprivation on mice with AD but not OSA. While these mice experienced declines in working memory, they had similar numbers of cBF neurons to control mice. They also had similar levels of inflammation and amyloid beta.

The researchers then exposed mice to reduced oxygen conditions (80% of the norm) for eight hours a day during sleep for 4 weeks. In the end, they noted that the number of cBF neurons in mice subjected to hypoxia did not significantly differ from control mice.

Taken together, they wrote that these findings indicate chronic hypoxia and sleep deprivation alone do not trigger Alzheimer’s pathology.

From further experiments, they instead identified fluctuating hypoxia as a major mechanism by which OSA could promote AD.

Next, the researchers investigated the effects of increased oxygen levels during sleep on cBF and amyloid beta. To do so, they exposed mouse models of OSA and AD to high levels of oxygen during a 12-hour sleep period for 4 weeks,

The researchers noted that highly oxygenated mice had higher numbers of cBF neurons and less amyloid pathology and inflammation than controls.

Why untreated sleep apnea is dangerous

“This mechanistic study explains the biological underpinnings of why untreated OSA is so harmful to the aging brain,” Dr. David A. Merrill, psychiatrist and director of the Pacific Neuroscience Institute’s Pacific Brain Health Center at Providence Saint John’s Health Center in Santa Monica, California, who was not involved in the study, told Medical News Today.

“Low oxygen levels in the context of disordered breathing during sleep accelerates the death of cells in the brain needed for attention and executive function. It also leads to more inflammation and amyloid plaque formation in the brain. These changes ultimately lead to loss of memory cells.”
— Dr. David A. Merrill

The researchers concluded that OSA is a risk factor for Alzheimer’s, even in the absence of comorbidities.

Dr. Brice Mander, assistant professor of psychiatry and human behavior at the Univerity of California, Irvine, who was not involved in the study, told MNT that the research provides ‘proof of concept’ evidence that gold-standard treatment of sleep-disordered breathing may impact AD risk.

“This research also identified a molecular marker that could be used for treatment development of OSA in patients with increased AD risk that cannot tolerate positive airway pressure therapy (PAP) [the current standard treatment for OSA that physically maintains airway opening during sleep],” he said.

“Future large-scale clinical trials should build on this work to determine if PAP treatment targeting hypoxia in OSA can impact Alzheimer’s disease risk,” he added.

When asked about the study’s limitations, Dr. Jessica Kalender-Rich, from the Department of Geriatric, Hospice, and Palliative Medicine, at The University of Kansas Health System,who was not involved in the study, told MNT: “The most obvious limitation is that this study was done in mice and we don’t know exactly how this will translate to humans.”

“Also, we still seek to understand the pathophysiology behind AD, so it is difficult to translate directly. That said, it is possible that sleep-disordered breathing has an impact on multiple types of dementia which would potentially give us some answers about cognitive decline prevention in general,” she added.

Destiny Berisha, a graduate student at the Translational Neuroscience Laboratory at the University of California, Irvine, who was also not involved in the study, said that further research should investigate the effects of intermittent hypoxia on different sexes.

“Future studies should consider these sex-specific effects, which might aid in the development of more individualized treatment plans for OSA specific to patient and disease characteristics to reduce AD risk.”
— Destiny Berisha

Miranda Chappel-Farley, Ph.D. candidate at the Yassa Translational Neuroscience Lab at the University of California, Irvine, not involved in the study, told MNT that while the research “opens up new mechanistic avenues,” some questions remain.

“The field generally agrees that tau may be a driver of neurodegeneration and cognitive decline, so how tau integrates into this framework will be important to address in future work,” she said.

What this means for treating Alzheimer’s

When asked what these findings might mean for treating or preventing Alzheimer’s, Dr. Merrill said:

“These findings are important. For patients with early-stage memory loss, unrecognized low oxygen levels during sleep may be driving the development of dementia in a significant way for many years.”

“Making home sleep apnea tests a routine part of healthy brain aging assessments could significantly decrease the incidence of new-onset cases of dementia. Untreated OSA is an underappreciated reversible risk factor for the development of dementia.”
— Dr. David A. Merrill

Dr. Claire Andre, a postdoctoral fellow at the Center for Advanced Sleep Research in Medicine at the University of Montreal, Canada, who was not involved in the study, told MNT:

“In a context where sleep apnea is largely underdiagnosed in the general population, these findings suggest that screening and treating sleep apnea may be a promising way to prevent neurodegeneration and cognitive decline.”

“Future studies will need to identify which individuals may be the most vulnerable to the adverse effects of sleep apnea, and evaluate whether and when treating sleep apnea, in combination with the treatment of other modifiable risk factors, may be the most effective to preserve brain health and prevent cognitive decline,” she concluded.