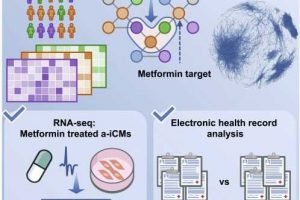 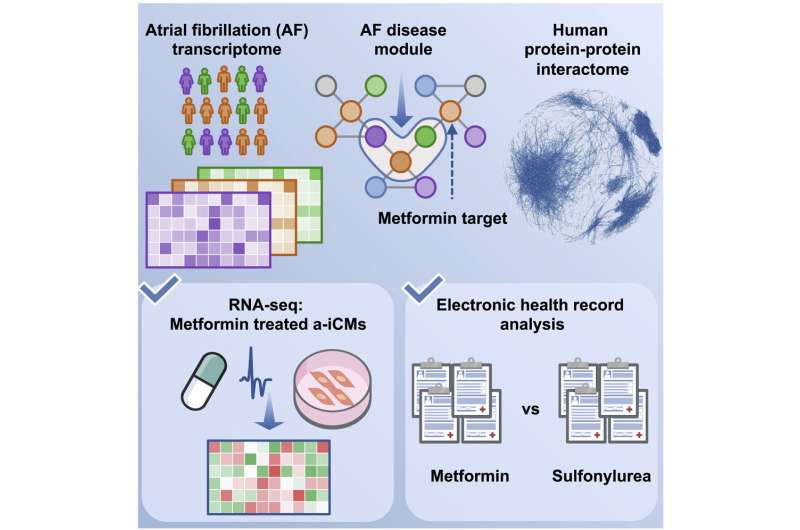 “Finding drugs or procedures to treat atrial fibrillation is difficult because of potential serious side effects,” said Mina Chung, M.D., senior author of the study who is in Cleveland Clinic’s Department of Cardiovascular Medicine in the Heart, Vascular and Thoracic Institute. “There is a significant need for new treatments for atrial fibrillation as there have been no new drugs approved in more than a decade.”

“It’s not that we’ve found a new drug target where it takes 20 years to test this in individuals,” said Jessica Castrillon Lal, the study’s first author and a fifth-year graduate student in the Cleveland Clinic Molecular Medicine program.

“We can cut off 10+ years in the drug development pipeline. We already have the information there. We just have to test it in a very computationally efficient way, such as artificial intelligence technology,” said Feixiong Cheng, Ph.D., co-senior author of the study who is Associate Staff at the Genomic Medicine Institute in Cleveland Clinic’s Lerner Research Institute.

The analysis found metformin targeted 30 genes associated with atrial fibrillation, with direct effects on gene expression for eight. Eight other candidate drugs surfaced in the analysis, but researchers were able to identify metformin as the most promising candidate through testing and reviewing outcomes in large stores of patient data.

Lal conducts research in Dr. Cheng’s lab, which uses network medicine approaches to find candidate drugs for repurposing, creating vast networks of molecular interactions. For this study, researchers winnowed down a list of 2,800 FDA-approved treatments by analyzing three data sources: a map of interactions between proteins (called an “interactome”); a network of genes associated with atrial fibrillation; and each medicine’s molecular or genetic targets.

Atrial fibrillation is the most common type of heart arrhythmia in the world and can lead to complications, including stroke and heart failure. Treatments have been primarily directed toward trying to prevent the arrhythmia using drugs targeting the electrical system, including ion channels in the heart, or using catheter ablation to isolate the pulmonary veins where initiating beats of atrial fibrillation occur.

However, side effects, limited success and potential complications can limit these approaches.

Prior work from Drs. Chung, Smith, Van Wagoner, and Barnard had also identified the enzyme AMPK as a potential key regulator for metabolic stress. Metabolic stress has been associated with atrial fibrillation.