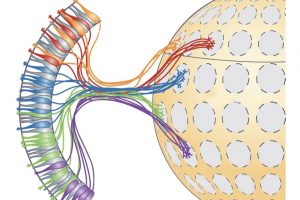 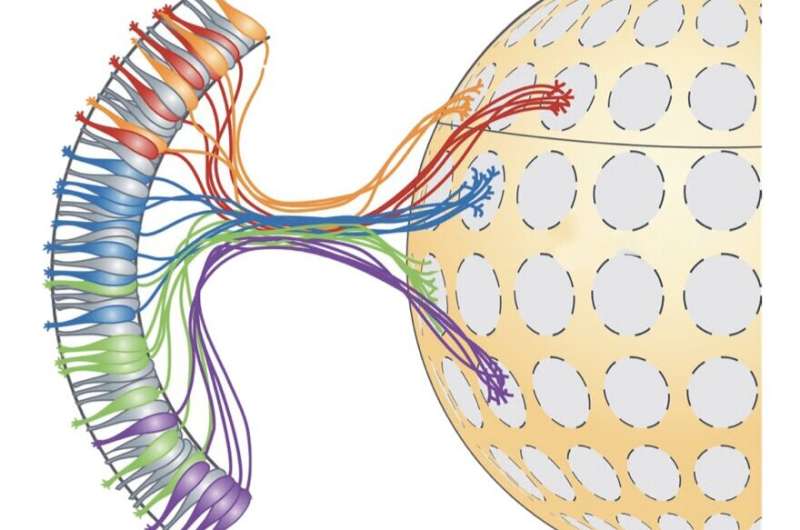 Detecting odors and differentiating between them is an essential ability that helps animals to survive and interact more effectively with their surrounding environment. In mammals, odors are known to be initially processed by olfactory sensory neurons, a class of neurons that continuously detects and transmits odor-related information.

These neurons project their axons (i.e., long threadlike parts of nerve cells that conduct impulses) to a stereotyped location in the olfactory bulb (OB). This process leads to the formation of glomeruli (i.e., clusters of nerve endings).

The fixed position of glomeruli in the OB suggests that their organization might play a key role in mammals’ perception of odors. This has encouraged some neuroscientists to investigate these clusters of nerve endings more closely, in the hope to unveil more information about the mammalian olfactory system.

Researchers at University of Massachusetts Medical School, Broad Institute of Harvard and MIT, and Stanford University have recently carried out a study investigating the organization of mouse olfactory glomeruli more closely, using a series of state-of-the-art technologies and techniques. Their analyses, outlined in a paper published in Nature Neuroscience allowed them to generate a detailed map of the positions of olfactory glomeruli in the mouse OB.

“We were trying to address a fundamental, unresolved question in neurobiology that I think is fascinating,” Paul L. Greer, one of the researchers who carried out the study, told Medical Xpress. “Namely, we were interested in how animals can detect and discriminate between literally millions of different compounds that can differ from one another by only a single atom. Work from many extraordinary scientists has shed significant light on this question, but we still don’t know exactly how this computation is performed by the brain.”

While other research teams previously examined the organization of glomeruli in the OB, so far they only identified the positions of a limited subset of these clusters. As a result, the relationship between the location of glomeruli and odor discrimination has been very difficult to infer.

In their study, Greer and his colleagues leveraged recent technical advances to produce a more detailed of map glomerular locations in the mouse OB. More specifically, they used a combination of single-cell RNA sequencing, spatial transcriptomics and machine learning techniques. 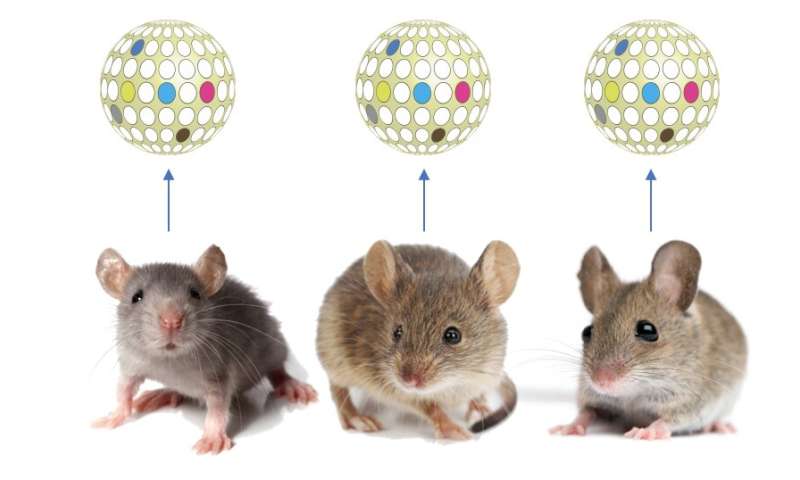 Subsequently, Greer and his colleagues used machine learning algorithms to analyze the data they collected using single-cell RNA sequencing. This allowed them to create a map that outlined the brain regions where most of the sensory neurons in the mouse OB sent odor-related information.

“We think this study provides the best roadmap to date of how olfactory information is transmitted into the brain, which we believe will be useful for the larger scientific community in trying to uncover the mechanisms the brain employs to decode odor identity,” Greer said.

“While we think this is an important advance, it is only one step forward and much remains to be uncovered.”

In the future, the mouse olfactory glomerular map created by this team of researchers could be used to conduct more precise studies exploring the relationship between the positions of glomeruli in the mouse OB and odor processing. This map provides new valuable insight, yet it is still incomplete. In their next studies, Greer and his colleagues plan to fill in the missing holes and then collectively validate their findings experimentally.