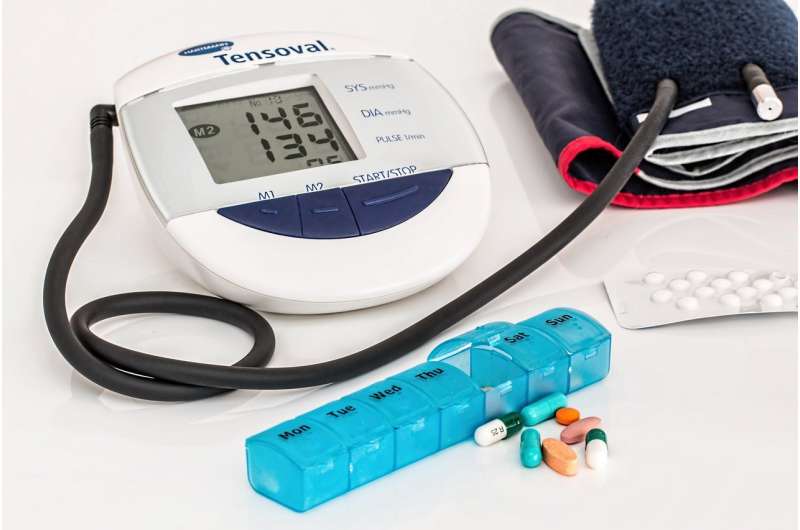 The Los Angeles Barbershop Blood Pressure Study is delivering cutting-edge insights more than four years after the study results were published in The New England Journal of Medicine.

With help from participants in that landmark study, researchers from the Smidt Heart Institute at Cedars-Sinai are digging deeper to find out how community-based health interventions might be best implemented on a large scale. They presented a continuation of their findings today at the American College of Cardiology (ACC) Scientific Session happening in Washington, D.C.

Hypertension, also known as high blood pressure, is at epidemic levels in the Black community. One 2018 study in the Journal of the American Heart Association found that, among its participants, 75.5% of Black men and 75.7% of Black women developed hypertension by their 55th birthday.

The original Cedars-Sinai barbershop studies, with results published in 2010 and 2018, were led by the late Ronald G. Victor, MD, and were the first to scientifically prove the effectiveness of bringing medical treatment directly to the patrons of Black barbershops. The goal: bringing blood pressure under control to help prevent heart attack and stroke.

Barbers at 52 Los Angeles shops enrolled patrons with elevated blood pressure, and clinical pharmacists visited the shops to prescribe and monitor medications for roughly half those patrons. Patrons who worked with the pharmacists showed a marked reduction in blood pressure—for a full 12 months—as compared with other patrons, who were referred to their primary care providers.

“After the barbershop study results were published in 2018 in the New England Journal of Medicine, many groups became interested in trying to replicate the program,” said Christine M. Albert, MD, MPH, chair of the Department of Cardiology and principal investigator of the study after Victor’s death. “We wanted to understand, from the participants’ point of view, the components that made the barbershop model successful.”

That led to follow-up research—showcased today at the ACC Scientific Sessions by medical student and first author Nathan Kohrman—where investigators interviewed 20 barbershop patrons, 10 barbers and one of two pharmacists who participated in the barbershop study. The follow-up interviews were designed to determine key components that would be needed to successfully replicate or scale up the intervention.

The new analysis was conducted in partnership with the Los Angeles County Department of Public Health, which helped structure interview questions for the study.

In their phone interviews, barbershop study participants said they had struggled to form healthy habits—especially proper diet, exercise, and taking medications as directed—and said the program helped them recognize the importance of keeping their blood pressure at a healthy level.

“The community context of the program and the support network in the barbershops really emphasized this for them,” said Joseph Ebinger, MD, director of Clinical Analytics and senior author of the new analysis of the program. “Direct contact with the pharmacists in such a trusted place gave them a sense of agency they didn’t feel in clinical settings, and the fact that they had discussed the study with barbers, family and friends made them feel more committed to improving their health.”

Participating barbers said the study reinforced their role as community leaders, and felt it was a positive, new way to serve their community.

“Some of these barbers have seen these customers every two weeks for decades,” Ebinger said. “They have built close relationships and they know that their customers will listen to what they have to say.”

These cultural and social factors were key to the program’s success, said C. Adair Blyler, PharmD, a clinical pharmacist from the Smidt

“For those creating similar programs, I think it’s important to first understand the origins of the health issue in question, the ‘players,’ and how the problem affects them,” Blyler said. “But most important is to understand how the players themselves would like to see the problem solved. For me, the main takeaway from the barbershop study is that healthcare is more effective when it is dynamic and flexible enough to fit the needs of patients.”

Future research goals for the team include tracking barbershop patrons to see whether their success at keeping high blood pressure at bay translated into fewer heart attacks and strokes, Ebinger said.

The team would also like to understand how public health measures implemented during the COVID-19 pandemic might have disrupted—or changed—opportunities for community-based health interventions.

“During the pandemic, several barbershops closed or have significantly changed their way of operating,” Ebinger said. “Many now require patrons to have an appointment rather than just stopping in, which means less opportunity for them to congregate and interact.”

Blyler said she believes these challenges can be overcome.