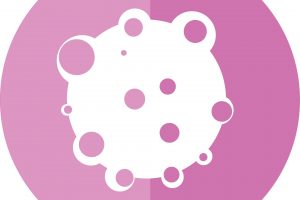 On Wednesday, 5-year-old Mary Stegmueller will reach a major milestone. She will have outlived her predicted life expectancy. Twice.

At age 4, Mary, a rambunctious animal lover from Northglenn, Colorado, was given nine months to live. A devastating brain tumor was spreading its tentacles through her brain stem, the area that controls breathing, heartbeat and other essential functions.

The standard treatment for DIPG hasn’t changed since it killed astronaut Neil Armstrong’s 2-year-old daughter in 1962.

But Mary, patient No. 007 in a research trial at Stanford University, may be among the first to redefine the future of DIPG.

The trial already is changing the story of a type of cancer immunotherapy called CAR-T, which has revolutionized the treatment of blood cancers, but so far hasn’t been effective in 90% of cancers, like DIPG, that are considered solid tumors.

Scientific theory and a few isolated examples have suggested CAR-T should be able to fight solid tumors. But Stanford’s latest results, presented this weekend at a cancer conference in New Orleans, are the first to show consistent effectiveness.

Some trial participants have seen their tumors shrunk by 95% or more—a dramatic achievement never before seen in DIPG. Though some have since died, most survived far longer than expected.

“It tells you you’re on (right) the path, keep digging,” said Dr. Nabil Ahmed, a CAR-T expert at Baylor College of Medicine in Houston, who is not involved in the study but is following it closely.

Dr. Marcela Maus, a CAR-T and brain tumor expert at Massachusetts General Hospital and Harvard Medical School, said the work has inspired the entire CAR-T field. “This is building up the case for hope,” she said.

It’s still early days and unclear what success with CAR-Ts might eventually look like, both in DIPG specifically and solid tumors more broadly.

But Mary is getting ready to celebrate her second birthday since diagnosis, which is almost unheard of with DIPG.

Parents of children in the trial say they can’t think about the future too much, even as they plan for their child’s next treatment.

“The first thing is to give her a longer life and a better quality of life,” said Meghan Scoggins, of Siler City, North Carolina, whose daughter Kenzie, 5, is getting ready to start her CAR-T therapy. “And to beat this. Of course, that is the hope at the end.

“But we’ve got to take it one stair at a time. Not the whole staircase.”

The University of Pennsylvania recently declared a leukemia patient “cured” more than a decade after he received CAR-T for the blood cancer.

No one knows what it will take to reach a cure in a solid tumor like DIPG.

But it won’t be easy.

CAR-T, short for chimeric antigen receptor T cells, involves taking immune cells from the patient, modifying them in a lab to attack cancerous cells and then infusing them back into the body.

For blood cancers, CAR-T is delivered once, and then the patient’s immune system is left to do the rest of the work. Although the cancers sometimes return, about 70% of advanced chronic lymphocytic leukemia patients respond well to CAR-T, and the approach is also used to treat other types of leukemia, lymphomas and multiple myeloma.

Mary and other trial participants are helping the Stanford researchers figure out how to revise CAR-T therapy for a solid tumor. For starters, CAR-T apparently has to be given multiple times, which can involve cross-country travel, weeks-long hospital stays and debilitating side effects.

Mary just finished her ninth treatment over 12 months, each one requiring a trip from Colorado to California and at least a week in the hospital—though she’s bounced back so fast from the last two that she’s been released a day early.

She spikes a fever each time. After the first treatment, she spiked two and was in and out of intensive care twice, requiring her to remain hospitalized for a full three weeks. Although uncomfortable, fever is a good sign. It means her body has begun attacking the cancer cells.

Mary, like blood cancer patients, had a round of chemotherapy before she got her first CAR-T cells, to kill off her body’s immune cells before replacing them with the modified ones. But because DIPG is in the brain, which doesn’t normally have a lot of immune cells, chemo may not be necessary.

Patients who joined the Stanford trial after Mary did, including Kenzie Scoggins, aren’t given chemo and don’t lose their hair. (Mary’s has grown back a darker blond, like her younger brother’s, and curlier, which she loves.)

The Stanford team also learned with early patients that the treatment is more effective if delivered directly to the brain through a shunt called an Ommaya, which also removes fluid, reducing pressure that builds up in the brain.

There’s not a lot of room in the brainstem, which is about as thick as a pinky finger. The tumor already takes space and some lab mice died from the added pressure after treatment.

“This thing gets bigger before it gets smaller,” Mackall said of the tumor.

With each treatment, Mary’s symptoms have improved. Her wobbly gait has stabilized. She goes cross-eyed—the first sign of her DIPG—less often.

After her second round of therapy, her parents realized she’d been writing with her left hand to compensate for weakness in her right one. She was not actually a lefty like her dad.

Four days after her March 31 treatment, Mary was tearing through the hospital hallways. She was again released early “for her own safety,” her mother Kristin said, chuckling.

Mary is a trouper and incredibly resilient, added Kristin, who manages a 30-hour-a-week remote job at her Catholic Church, mostly when Mary and her younger brother Robbie, 4, are asleep.

Dr. Michelle Monje, a Stanford neuroscientist and neuro-oncologist who co-leads the team, started with tumor cells donated by parents of former DIPG patients. They wanted to make their child’s death mean something.

Monje searched for a marker on the surface of the DIPG cells that she could use to identify and target them. She identified a fatty sugar molecule called GD2.

Around that time, she got a new neighbor at Stanford.

Mackall moved into a nearby office. The two started talking and collaborating.

Animal studies, published in 2018 with colleague Christopher Mount, encouraged them to try their approach on kids.

They saw remarkable responses among the first four patients, whose cases they presented in a February scientific paper. One young man arrived for treatment in a wheelchair and left the hospital two weeks later, walking.

But he and the other three have since died. The research team bought them extra time, but couldn’t save them.

They’ve tried to use what they learned from them to hopefully do even better with the next group, including Mary and Kenzie.

“For the first time, we’ve moved (the needle) a little bit and now we can push, said Dr. Sneha Ramakrishna, a pediatric oncologist at Stanford.

Ahmed of Baylor said he’s extremely impressed by the team’s accomplishments. In his own work, he’s had individual successes using CAR-Ts but not consistent ones like they have.

“More than smart, I commend the group for being gutsy,” Ahmed said, noting that most studies in brain cancers, including his own, generally exclude DIPG patients because they’re so hard to treat. The Stanford team, he said, is “going where nobody else is going.”

Experimentation is essential in DIPG, said Dr. Oren Becher, a pediatric oncologist at Mount Sinai in New York City. “We need to take risk in this field because these children have been dying for a really long time. It’s a tragic tumor.”

There is no worse cancer in children. A normal-seeming child comes in with a symptom, gets a brain scan and within 30 seconds their future evaporates.

“The holy grail of brain achievement is passing through this tiny area,” Ahmed said.

And medical science has very little to offer.

Since the days of Neil Armstrong’s daughter, Karen “Muffie” Armstrong, children with DIPG have been treated with radiation. Mary had 30 treatments over 6 weeks.

Doctors usually tell DIPG families to make the most of that time, traveling and spending it together. The Stegmueller’s went to Disney so Mary could see Cinderella’s castle.

“We wanted to make sure we wouldn’t hasten their demise,” Majner said.

But their early successes gave them confidence to push the treatment earlier in the disease course, which also improved results.

CAR-T researchers have to solve some key challenges to get the therapy to work well against solid tumors, said Teri Foy, a senior vice president at Bristol Myers Squibb.

In blood cancers, the targets were relatively clear and found only on cells the body can do without. In solid tumors, it’s tough to identify and destroy cancer cells without also killing off healthy ones.

“Being able to leverage that for therapeutic benefit hasn’t been exactly straightforward,” Foy said.

Foy and her colleagues are working to engineer a CAR-T that turns on its targeting in the presence of a tumor cell and stays off around healthy ones.

Another major challenge is keeping the CAR-Ts working long term.

“The half-life is not too good in solid tumors,” said Peter Abdelmessieh, who treats patients with CAR-T at Fox Chase Cancer Center in Philadelphia.

Ahmed is now giving his CAR-T patients additional treatments that stabilize the tumor cells and keep them from changing too much.

In his third major CAR-T trial, now underway, Ahmed also has added a different kind of immune therapy, known as a checkpoint inhibitor, which lifts a brake cancer puts on the immune system. If there are immune cells ready to fight cancer, this enables them to get to work.

Other cancer researchers are looking to the Stanford trial for inspiration.

Maus, at Mass. General, now plans to deliver her CAR-T directly into the fluid around the brain, hoping to help people with glioblastoma—the aggressive form of brain cancer that claimed the lives of Sens. John McCain and Ted Kennedy, among many others.

There’s no question CAR-Ts could make a dramatic difference in solid tumors—once they can be made to work, said Dr. Donald O’Rourke, a neurosurgeon at Penn Medicine in Philadelphia.

Unlike traditional drugs, CAR-Ts can target and kill cancer cells both in the initial tumor and elsewhere—”a living drug that kills and expands and migrates,” O’Rourke said. CAR-T is the only approach that offers the possibility of a long-lasting remission.

No one knows how many more treatments Mary’s body will need or tolerate.

Her medical team already has had to ask the Food and Drug Administration to allow her more rounds of therapy. The protocol was originally for six, but the treatments keep helping, so the team keeps giving them to her.

Patients typically get treated every 28 days. Mary’s have been pushed eight weeks apart, but Kristin hopes they can hold off on the next one for nine weeks, so she can attend her first last day of school. Mary missed her last day two years ago because of COVID-19 lockdowns and last year because of therapy.

“We’re going to try and see what happens,” Kristin said. “The hope is we’ve killed off so many (cancer cells) and put so many CAR-Ts in there that they’re sticking around longer.”

The fear is that the extra time will give Mary’s tumor time to progress, leading to more stumbling, crossed eyes or slurred words.