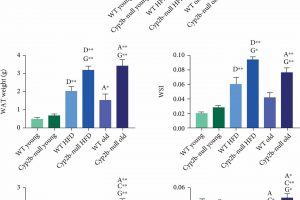 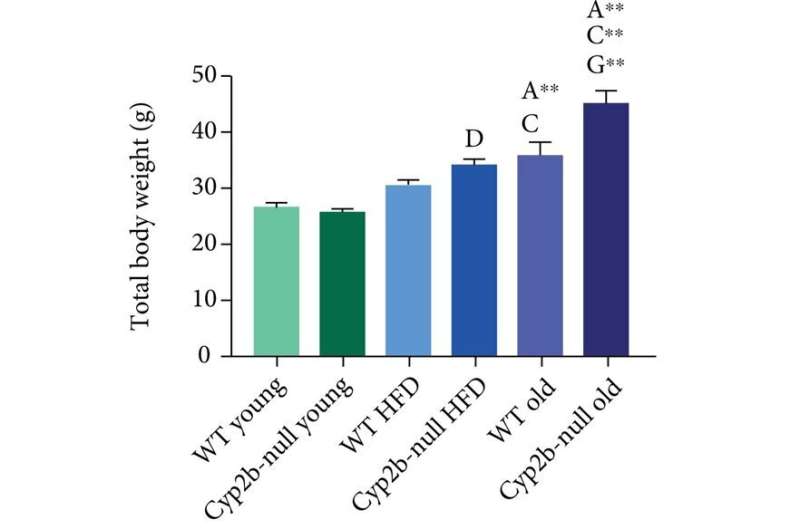 A team of Clemson University scientists is making inroads in understanding the relationship between certain enzymes that are normally produced in the body and their role in regulating obesity and controlling liver diseases.

Three Clemson researchers and colleagues from the Emory University School of Medicine studied male mice that lacked the Cyp2b enzyme and how the lack of the enzyme affected the mice’s metabolism.

William Baldwin, a professor and graduate program coordinator in Clemson’s Department of Biological Sciences, said the research was triggered in part by a simple observation: male mice that lacked the Cyp2b enzyme were putting on weight. The same effect was not noticed in female Cyp2b-null mice.

“We noticed that our Cyp2b-null mice were heavier,” said Baldwin, a professor in the department of biological sciences. “They are more prone to obesity—at least, diet-induced obesity—especially in males than are wild-type mice, and we were trying to find out why that is.”

While the observation that tipped off the researchers was pretty straightforward, it turned out that understanding the interactions behind the weight gain would be much more complex.

Baldwin noted the complexity of numerous chemical processes involving the CYP enzyme, part of a superfamily of enzymes that plays a variety of roles in humans. He said the Cyp2b enzymes help to metabolize certain toxicants and drugs to eliminate them from the body.

The researchers also looked at the association between “perturbed lipid profiles” and disease.

Disease susceptibility and overall health is greatly affected by changes to the lipidome, the researchers noted. High-fat diets, such as the Western diet, cause obesity and drastically alter the hepatic lipidome, and perturbed lipid profiles are associated with specific liver diseases, such as nonalcoholic fatty liver disease (NAFLD) and nonalcoholic steatohepatitis (NASH).

Impact of age and diet

Baldwin has led previous research into the relationship between diet and environmental toxicants. The most recent study focused on the impact of age and diet on these metabolic processes.

Diet also had an impact on the mice’s health.

“Of course, diet didn’t help, as well,” Baldwin continued. “It’s the same case: Eating a poor diet caused weight gain, and it was a little worse with these [Cyp2b-null] mice, probably because of poor metabolism.”

He said the exact mechanism by which the Cyp2b enzyme works is not completely understood.

“You take away an enzyme that helps metabolize these, but I don’t think its really important that it helps get rid of the fat, but that it lets the body know the fat is there. It probably produces signaling molecules that say, ‘Hey, we need to decide what we’re going to do with this fat; we need to distribute this fat.’ That kind of information. That’s just an educated guess at this time, but I think that’s probably what’s happening.”

Baldwin said his current research takes a closer look at the mechanisms that are in play and how they differ in a human model from the mouse studies. He said that research, which will be a part of an as-yet-unpublished paper, indicates that the mouse and the human enzymes probably don’t work exactly the same. “The human enzyme seems to cause us to keep some of the fat in the liver, and the mouse enzyme seems to drive that to the white adipose tissue. There are hints here in this paper that that’s the case,” Baldwin said.