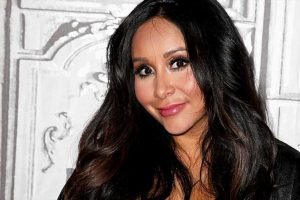 It’s only been four weeks since Nicole “Snooki” Polizzi gave birth to her son, Angelo James LaValle. Now a mom of three, she’s been super-open about her postpartum symptoms and all the realities of motherhood. The Jersey Shore hasn’t spared one TMI detail yet, and she’s not about to start today.

First, Snooki shared a banging boomerang to her Instagram Story. In the snap, she swivels her hips to show off her post-baby bod. Snooki also tagged her trainer, Anthony Michael, and wrote, “Gonna start working out next week!

Snooki is wearing a bright purple sports bra and black leggings, proudly showing off her midsection. And, I spy her hospital underwear (she also wore them for a bikini selfie) peeking out just above the waistband of her leggings. 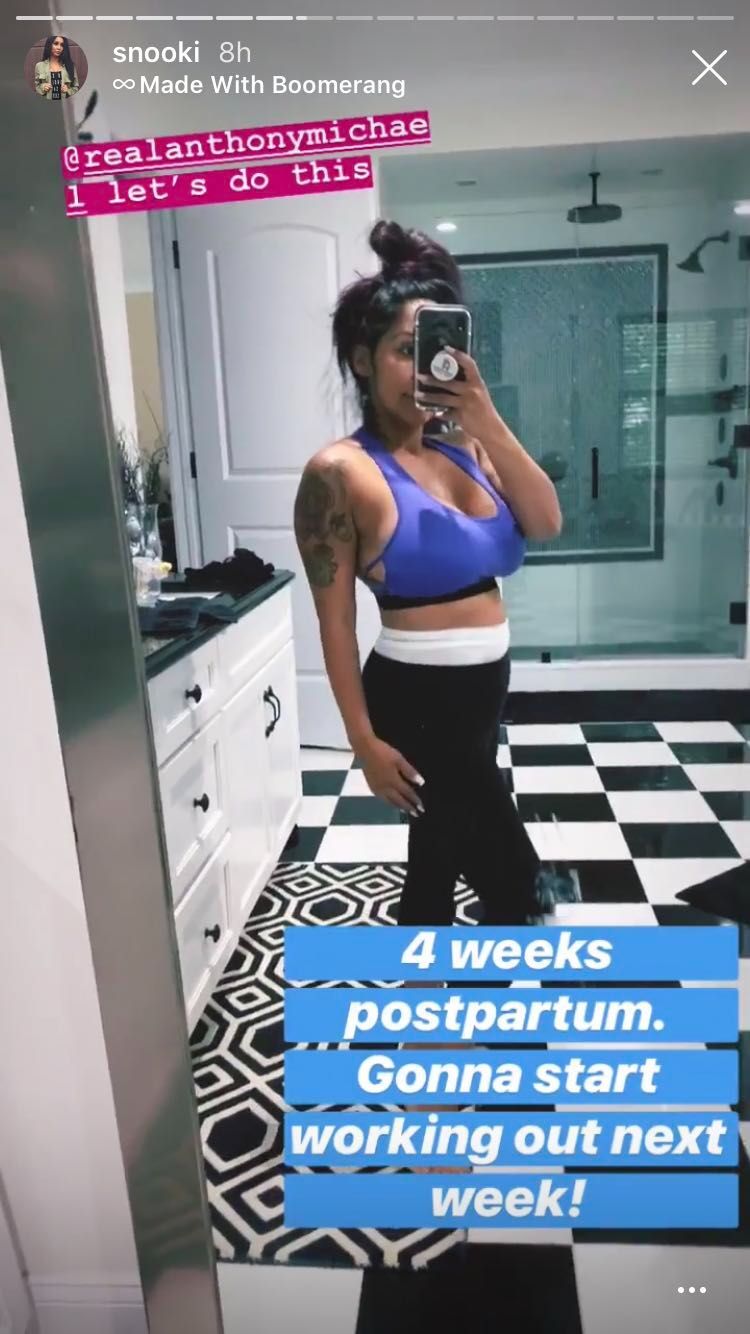 In another photo shared to her Instagram story, the reality star is not quite so upbeat. The selfie shows the star with her hair up, eyes closed, and cradling her chin in her hand. She added animal ears and a nose, but the text overlay tells the full story.

She wrote: “Felt the onset of mastitis starting had the worst chills and fever the other night & ive been pumping and feeding my boobs off all day. Jesus take the wheel.” 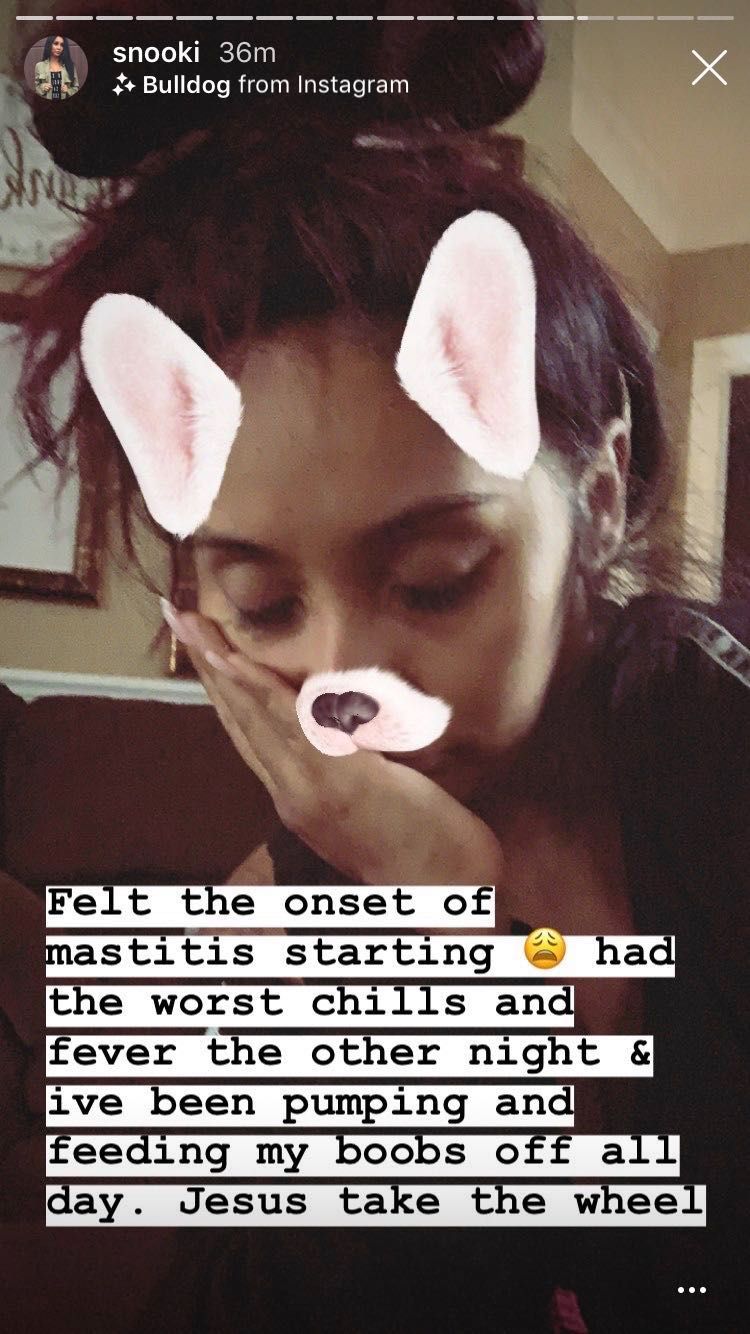 A little background: Mastitis is a condition that includes painful inflammation of the breast and flu-like symptoms. It affects moms who are breastfeeding or who have just stopped, according to American Academy of Family Physicians.

One way to help relieve the pain of mastitis is to fully drain milk from the breasts, according to Mayo Clinic. So, Snooki is spot on with her pumping and feeding routine.

END_OF_DOCUMENT_TOKEN_TO_BE_REPLACED

END_OF_DOCUMENT_TOKEN_TO_BE_REPLACED
We and our partners use cookies on this site to improve our service, perform analytics, personalize advertising, measure advertising performance, and remember website preferences.Ok