Special sensory cells in the gums protect against periodontitis 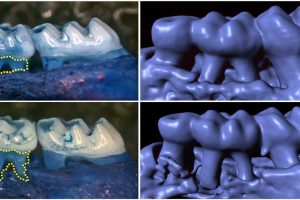 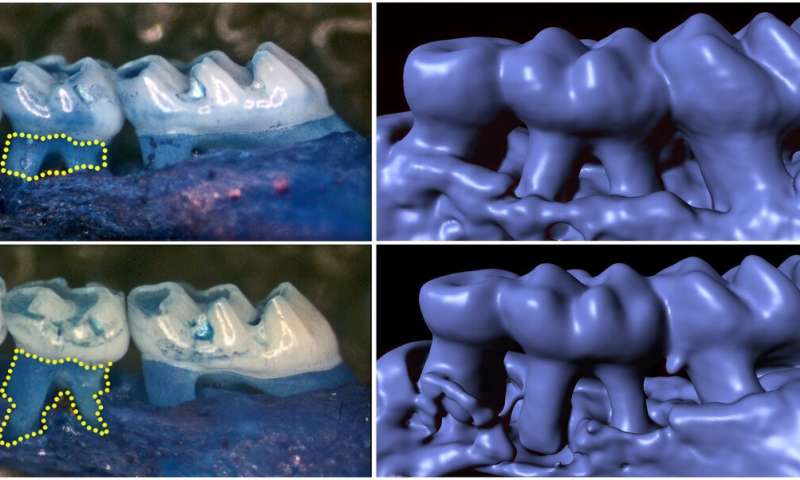 Newly discovered chemical-sensing cells in the gums protect the mouth by standing guard against infections that damage soft tissue and destroy the bone that supports the teeth, report researchers from the Monell Chemical Senses Center in an animal study published this week in Nature Communications. With the help of bitter taste receptors that also detect byproducts from harmful bacteria, these special gum cells trigger the immune system to control the amount and type of bacteria in the mouth and could one day lead to personalized dental treatments against gum disease.

Periodontitis is a serious gum disorder induced by an imbalance in the bacteria and other microorganisms of the mouth (the oral microbiome). It is the sixth-most prevalent infectious disease and the most common cause of tooth loss worldwide.

Monell Center Director and President Robert Margolskee, MD, Ph.D. and cell biologist Marco Tizzano, Ph.D., along with colleagues from Sichuan University, found that the newly identified cells, known as solitary chemosensory cells (SCCs), are present in the gums of mice. Here they express several types of taste receptors along with a downstream coupling protein called gustducin. SCCs are taste-like chemical detectors that sense irritants and bacteria, and biologists have found them throughout the gut, urinary tract, nasal cavities, and now in the gums.

“These sensory cells may provide a new approach for personalized treatment of periodontitis by harnessing a person’s own innate immune system to regulate their oral microbiome,” said Margolskee.

The team showed that knocking out taste-signaling molecules like gustducin or genetically removing gum SCCs in the mice leads to overgrowth of pathogenic oral bacteria and periodontitis. Conversely, stimulating bitter taste receptors in SCCs promotes the production of anti-microbial molecules.

Mice without gustducin in their SSCs have a more damaging set of microbes living in their mouths compared to normal mice, implying that the lack of gustducin disconnects the sentinel cells’ molecular signal to other systems. Importantly, differences in the oral bacterial composition of the gustducin-less mice compared to normal mice occurred before any loss of bone in the gums, implying that differences in the oral microbiome could be used as a harbinger of disease.

In previous studies with other tissues, researchers found that activating the bitter taste receptor TAS2R38, which is expressed in human nasal SCCs, stimulates the secretion of antimicrobial peptides (AMPs) that repress the growth of respiratory pathogens. To examine the effects of repeated stimulation of gum SCCs on periodontitis (and the release of gum AMPs) in the current study, the researchers applied a mouthwash containing the ultra-bitter substance denatonium to the gums of the mice twice a day. This activated gum SCCs as well as their antimicrobial molecules, which reduced periodontitis in normal mice, but not in the periodontitis-susceptible animals without gustducin.

After receiving the denatonium, normal mice showed an enhanced release of an AMP called β-defensin, which was produced at more than twice the levels seen in control mice treated only with saline mouthwash. On the other hand, when the gustducin-less mice were given denatonium mouthwash, there was no effect on the level of β-defensin.

“Our study adds to a growing list of tissues we now know contain SCCs and indicates that the common molecular pathways in gum SCCs are involved in the regulation of oral microbiota,” said Tizzano. “In the absence of taste signaling in the gums, the oral microbiome changed in mice without gustducin.”

END_OF_DOCUMENT_TOKEN_TO_BE_REPLACED

END_OF_DOCUMENT_TOKEN_TO_BE_REPLACED
We and our partners use cookies on this site to improve our service, perform analytics, personalize advertising, measure advertising performance, and remember website preferences.Ok