Home » Health News » Statins side effects: Drug is known to cause hepatotoxicity and renal toxicity – symptoms

Statins side effects: Drug is known to cause hepatotoxicity and renal toxicity – symptoms 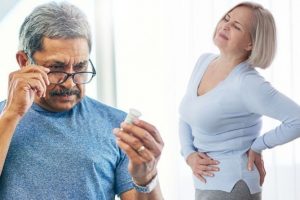 Statins are a widely prescribed class of drugs to lower cholesterol. In fact, it is believed there are between seven and 10 million Britons using the drug. Most people take the cholesterol-lowering drug to prevent or delay their first stroke or heart attack and while this has been shown to be most effective, the drug is also notorious for side effects.

In a study published in Circulation Research, statin toxicity was further investigated.

Despite the widespread use of statins to lower cholesterol and reduce cardiovascular morbidity and mortality, discontinuation and nonadherence to statin therapy remains an ongoing problem, began the study.

“The major reason for discontinuation of statin therapy is statin-associated muscle symptoms, which are the most well-documented side effect of statins, although there appears to be no unifying mechanism.

“In addition, other more serious adverse effects of statins may also occur, with the next most established being new-onset type 2 diabetes mellitus for which the mechanisms are far less clear.

“Other side effects include neurological and neurocognitive effects, hepatotoxicity and renal toxicity.”

Nephrotoxicity is also known as renal toxicity and is one of the most common kidney problems.

It often occurs when the body is exposed to a drug or toxin which causes damage to the kidneys.

When kidney damage occurs, a person is unable to rid their body of excess urine and wastes.

Hepatotoxicity is the medical term for damage to the liver caused by a medicine, chemical, or herbal or dietary supplement.

It can also be referred to as toxic hepatitis and can cause serious symptoms or liver damage if you don’t get help.

When signs and symptoms of toxic hepatitis occur, they may include yellowing of the skin and whites of the eyes, itching or abdominal pain in the upper right portion of the abdomen.

According to studies, atorvastatin has been the most frequently implicated statin in all of the series of statin induced hepatotoxicity.

Other rare side effects of statins include muscle weakness, loss of sensation or tingling in the nerve endings of the hands and feet, and tendon problems.

The NHS also notes statins can sometimes interact with other medicines, increasing the risk of “unpleasant” side effects, such as muscle damage.

Some types of statins can also interact with grapefruit juice, the health body adds.

The British Heart Foundation (BHF) says: “It’s important to take your medication regularly as prescribed. Most statins are taken at night, as this is when most of your cholesterol is produced. Check with your doctor or pharmacist when you should be taking your statin.”

In the UK, however, three out of five adults have a total cholesterol of 5mmol/L or above, and the average cholesterol levels is about 5.7mmol/L, which can be a risk factors in heart disease.

There are alternative ways, beyond statin use, that individuals can reduce their cholesterol naturally, notably by adopting a diet rich in fibre.
Source: Read Full Article