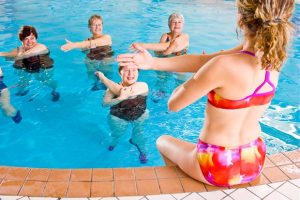 Black men and women, as well as adolescent boys and girls, may react differently to perceived racial discrimination, with Black women and girls engaging in more exercise and better eating habits than Black men and boys when faced with discrimination, according to research published by the American Psychological Association.

"In this study, Black women and girls didn't just survive in the face of racism, they actually responded in a positive manner, in terms of their health behavior," said lead researcher Frederick Gibbons, Ph.D., with the University of Connecticut. "This gives us some hope that despite the spike in racism across the country, some people are finding healthy ways to cope."

For a paper published in the journal Health Psychology, researchers evaluated data collected over 14 years from an ongoing study on the impacts of racism on the physical and mental well-being of Black people.

The analysis looked at 889 families living in Iowa and Georgia who have been participants in the Family and Community Health Study. The families consisted of an adolescent, the adolescent's primary caregiver, and in 289 cases, an older sibling.

The first analysis examined the correlation between perceived racial discrimination and participants' body mass index. Researchers then looked at how participants responded to survey questions on optimism and on eating and exercise habits.

The relationship between perceived racial discrimination and healthy habits in Black males was insignificant, the study found. Black women and adolescent girls, on the other hand, showed improvements in healthy eating and exercise as their perceptions of racism increased.

And there was an even more significant increase in healthy behaviors for Black women who indicated they had an optimistic view of their lives and the future, according to the researchers. There was no correlation between racial discrimination and BMI in either Black males or Black females.

The findings should be placed in the context of the larger body of research on this issue, which has shown a correlation between perceived racial discrimination and unhealthy behaviors, including those leading to higher BMI, according to Gibbons.

If the findings are confirmed in subsequent research, they could be used in resiliency programs targeting people of color and underserved populations, according to the researchers.

"There are programs already in place that work to instill a sense of resiliency and optimism in disenfranchised youth," Gibbons said. "The findings from this study would suggest that these programs are on the right track and that perhaps we should be developing more programs that focus on these types of coping skills."