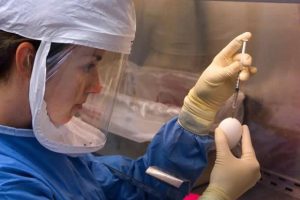 Despite vaccine availability, vaccine hesitancy has inhibited public health officials' efforts to mitigate the COVID-19 pandemic in the United States, which has killed more than 1 million people in the U.S. and nearly 6 million people worldwide.

Researchers from University of California, Davis, looked at how the politically polarized nature of COVID-19 information, and misinformation, on social media has given rise to anxiety, sadness, anger and hostility that feed incivility. This information can help public health professionals tailor messages to address these underlying emotions, researchers suggest.

The study, "Emotions and Incivility in Vaccine Mandate Discourse: Natural Language Processing Insights," was published earlier this month in the journal JMIR Infodemiology.

"Although some elected officials have responded to the pandemic by issuing vaccine and mask mandates, particularly when accessing public places, others have amplified vaccine hesitancy by broadcasting messages that minimize vaccine efficacy," explained the study's lead author, Hannah Stevens, a doctoral student in the Department of Communication.

Specifically, anxiety was significantly associated with identity attack and profanity, and sadness was most associated with making threats or threatening remarks, researchers said.

Filtering through more than 375,000 tweets online between Sept. 14 and Oct. 1 of last year, they identified 8,014 that contained vaccine mandate-related words.

As expressed in tweets, anger predicted the odds of profanity, insult and severe toxicity to a greater extent than identity attacks and threats.

The freedom to travel, remain employed, socialize in groups, eat in restaurants, go to the gym and more is increasingly determined by one's vaccination status.

Thus, mandates that prohibit the unvaccinated from participating in the relationships and activities available to those who are vaccinated may exacerbate existing sadness and depression brought on by existing disruptions caused by the pandemic."

Policies, then, that mandate the hesitant to get vaccinated inhibit the ability to escape the threat, and as a result, individuals may react with incivility, researchers said. Indeed, the added stress and anxiety have been demonstrated to predict a wealth of uncivil behaviors, including cyber aggression and bullying during COVID-19.

The researchers used two tools, the Linguistic Inquiry and Word Count computational tool and the Jigsaw Perspective application programming interface (formerly Google Ideals) to analyze the tweets. They suggest that platform managers use such tools. This could help the managers identify uncivil or misinforming tweets in real time and allow them to provide feedback to social media users.

They also suggested that public health officials should take extra steps to combat such misinformation, and further that they should assess the emotions people are having to design persuasive appeals that target the fear, anxiety and even anger exhibited by vaccine-hesitant individuals.