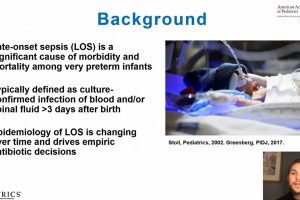 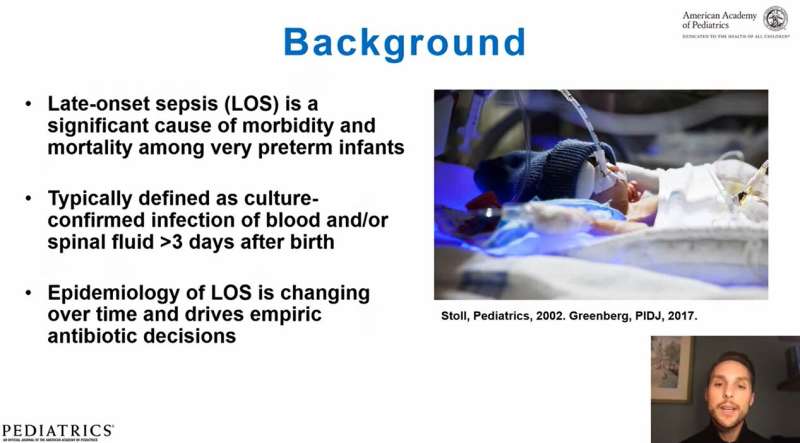 Nearly one-third of very premature infants develop late-onset sepsis, a life-threatening infection that occurs more than three days after birth, according to new research from Children’s Hospital of Philadelphia (CHOP), in collaboration with the Vermont Oxford Network. The study, published today in Pediatrics, also found that 1 in 2 infants born at 23 weeks or earlier either died and/or developed the infection.

“Late-onset sepsis is associated with a greater chance of death or, for those who survive, technology-dependent chronic illness,” said first author Dustin D. Flannery, DO, MSCE, an attending neonatologist at Children’s Hospital of Philadelphia and Assistant Professor of Pediatrics at the University of Pennsylvania.

The researchers analyzed a large national sample of very preterm infants born at Vermont Oxford Network centers. Infants who died in the first 3 days after birth were excluded from the study. Of 118,650 infants included in the study, 10,501 (8.9%) developed late-onset sepsis.

The researchers identified 34 pathogens causing late-onset sepsis, the most common being coagulase negative staphylococci (29%) and Staphylococcus aureus (23%). Infected infants were less likely to survive, and those who did had increased risks of requiring home oxygen, tracheostomy, and gastrostomy. One in 2 infants born 23 weeks or earlier either died later and/or developed the infection.

“These results shine a light on a current challenge in our field: despite successful, coordinated national prevention efforts, infection rates have plateaued in recent years,” Dr. Flannery said. “As resuscitation at the limit of viability increases, we must identify innovative ways to improve late-onset sepsis prevention in order to improve outcomes for these patients.”