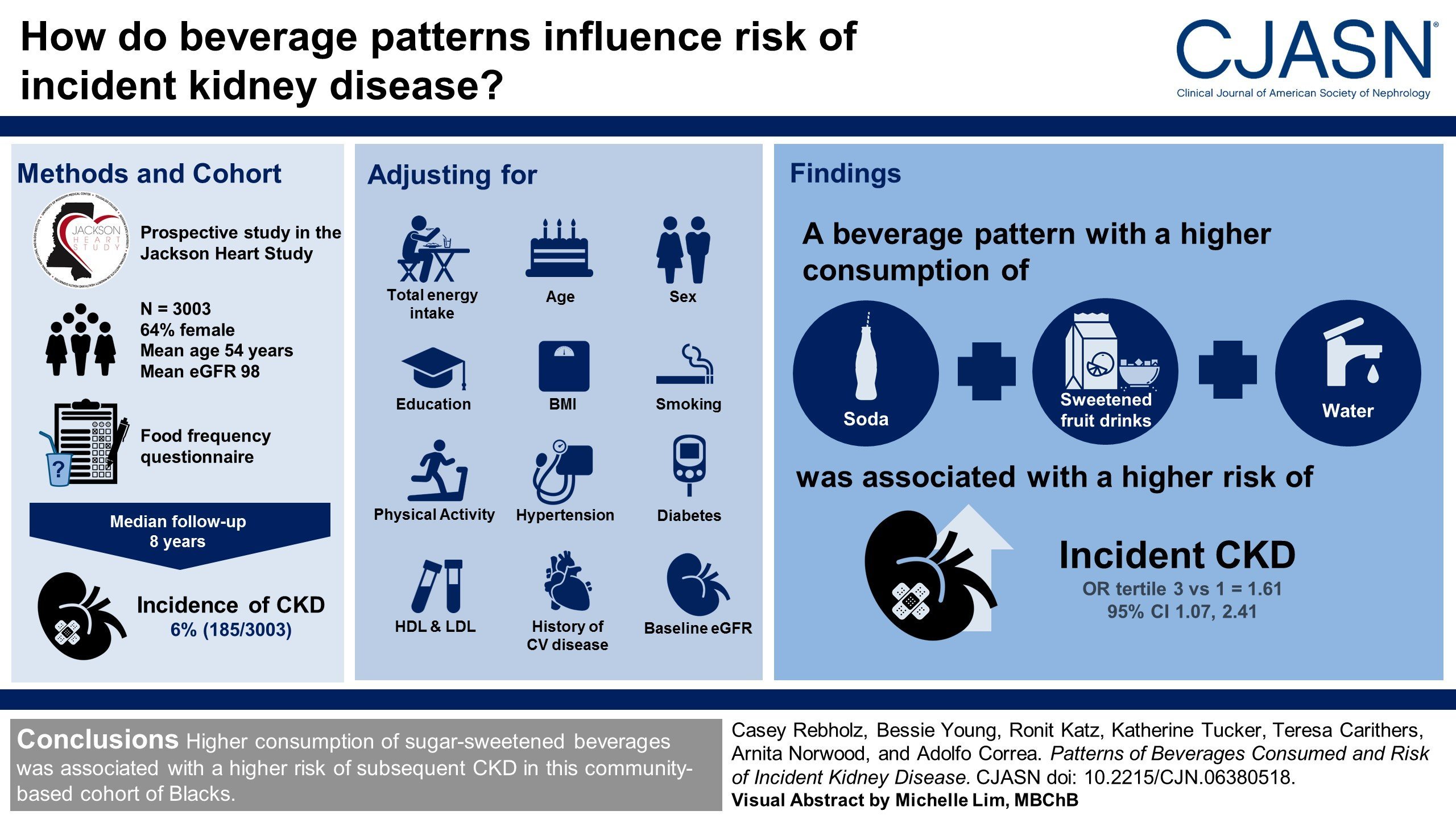 Higher collective consumption of sweetened fruit drinks, soda, and water was associated with a higher likelihood of developing chronic kidney disease (CKD) in a community-based study of African-American adults in Mississippi. The findings, which appear in an upcoming issue of the Clinical Journal of the American Society of Nephrology (CJASN), contribute to the growing body of evidence pointing to the negative health consequences of consuming sugar-sweetened beverages.

For their study, the investigators assessed beverage intake through a food frequency questionnaire administered at the start of the study in 2000-04, and they followed participants until 2009-13.

Among the 3003 participants, 185 (6%) developed CKD over a median follow-up of 8 years. After adjustment for confounding factors, consuming a beverage pattern consisting of soda, sweetened fruit drinks, and water was associated with a higher risk of developing CKD. Participants in the top tertile for consumption of this beverage pattern were 61% more likely to develop CKD than those in the bottom tertile.

The researchers were surprised to see that water was a component of this beverage pattern that was linked with a higher risk of CKD. They noted that study participants may have reported their consumption of a wide variety of types of water, including flavored and sweetened water. Unfortunately, the investigators did not collect information about specific brands or types of bottled water in the Jackson Heart Study.

In an accompanying editorial, Holly Kramer, MD, MPH and David Shoham, Ph.D. (Loyola University Chicago) noted that the findings hold strong public health implications. “While a few select U.S. cities have successfully reduced SSB [sugar sweetened beverage] consumption via taxation, all other municipalities have resisted public health efforts to lower SSB consumption,” they wrote. “This cultural resistance to reducing SSB consumption can be compared to the cultural resistance to smoking cessation during the 1960s after the Surgeon General report was released. During the 1960s, tobacco use was viewed as a social choice and not a medical or social public health problem.”