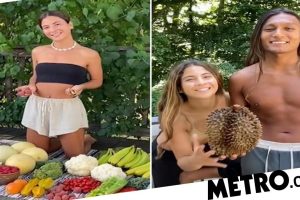 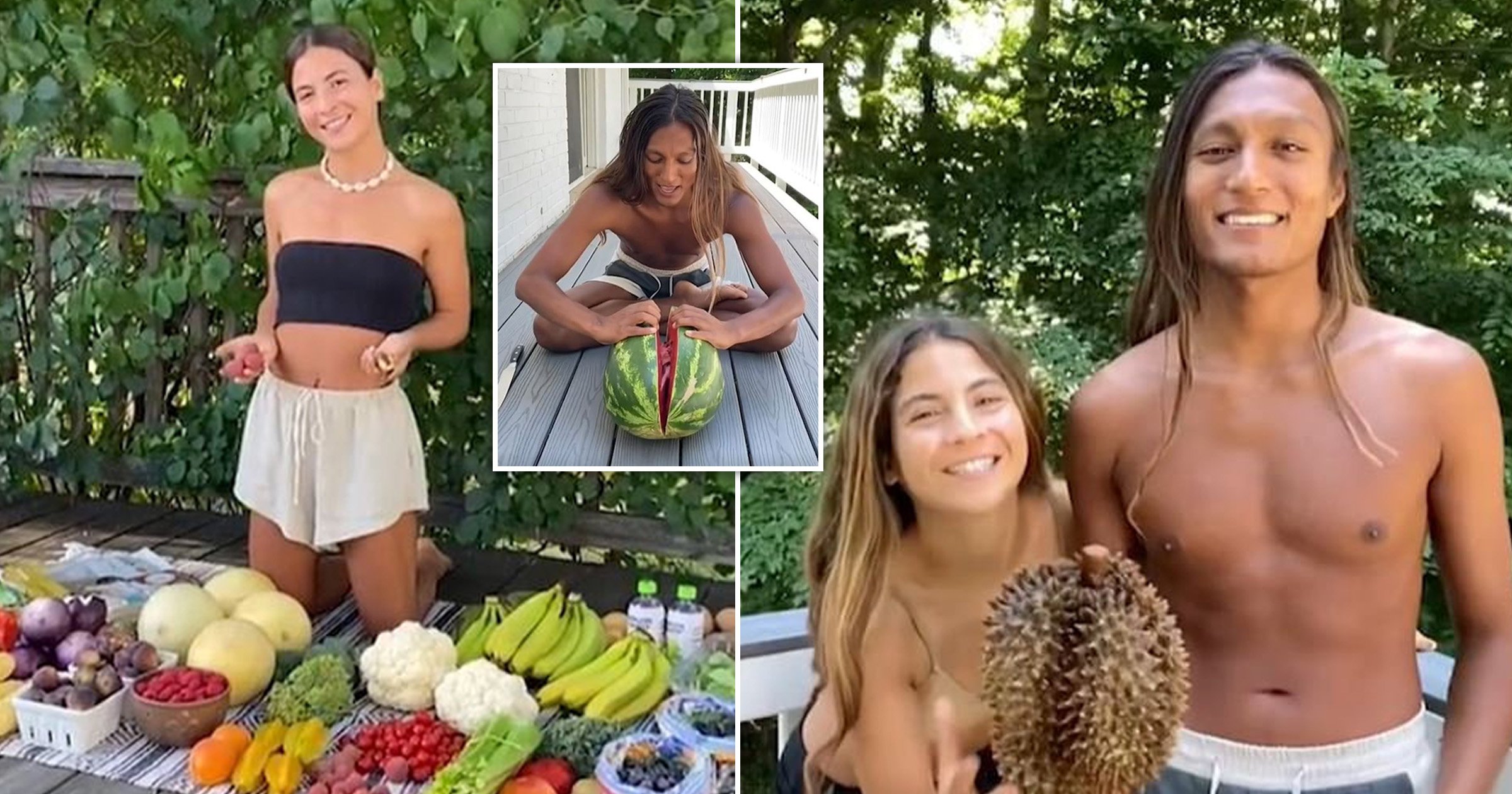 To many of us, being vegan feels like a lot of restrictions.

No cheese? No eggs? No honey?

But that pales in comparison to the lifestyles of Allee and Hendry Gurung, who not only refuse to eat any animal products, but also skip cooked food, salt, and oil, instead choosing to live predominantly on a diet of raw fruit and veg, plus nuts.

The couple, both 29, say their strict diet has benefited their skin and overall wellbeing – but we’d strongly advise talking to a medical professional before considering similarly restrictive diets.

Allee and Hendry say they felt ‘revitalised, connected, and full of energy’ when they made the change to a high-raw vegan diet.

They now avoid cooked foods such as potatoes, rice and pasta, opting for these once every few days, and instead prioritise just plain fruit and veg.

To view this video please enable JavaScript, and consider upgrading to a webbrowser thatsupports HTML5video

After struggling with digestive problems, Allee decided to go vegan seven years ago before switching to a full high-raw vegan diet in 2017, the same time as Hendry.

Typically, the couple will have fruit for breakfast, fruit for lunch, either a cooked starchy meal or a high-density fruit like durian for dinner, nuts and seeds for snacks, and smoothies and water to drink.

They say they have regular blood checks to make sure they’re getting enough nutrients.

Allee, a yoga instructor from New York, said: ‘We know it’s not for everyone, but we’re not trying to impose our lifestyle on anyone, only showcasing how we eat.

‘I was really struggling with skin and digestive issues and nothing I did seemed to be working.

‘I used lots of different treatments before finally deciding to go vegan, and then high-raw vegan in 2017.

‘We always talk about how good we felt when we transitioned to a high-raw vegan diet.

‘We don’t feel like we miss anything as we’re always listening to our bodies.’

After becoming vegans, the couple soon cut out all oils and artificial sugars, as well as lowering their salt intake from their diet.

Growing up in Nepal, Hendry says he was surrounded by delicious fruit and plants, so his diet doesn’t seem so strange.

‘Food is big part of the culture, and fruit has a really powerful energy,’ he said.

‘There’s a really vibrancy around plants and fruits, and there’s so much variety.

‘Plants and humans have a linked relationship.’

Allee and Hendry say they still eat cooked food like ‘sprouted curry burgers’ and ‘zucchini and yellow mung bean fritters’, but the majority of their diet is made up of ‘high-density’ fruit.

‘You can eat much larger proportions of fruit and it doesn’t fill up as much due to the lower calorie amount,’ said Hendry.

‘If you want to get used to eating a lot of fruit, you have to eat high density fruit like durian and mango. This allows your body to get used to more calories from just fruit.

‘We know our diet requires checks and we regularly get blood tests and work done to make sure we have enough of the right nutrients to keep our bodies in check.

‘So many people eat more protein than they need. Protein is in everything. You don’t need as much as you think. We usually eat around 30 to 40g of protein a day.’

The couple both work as yoga instructors, and every morning get up before sunrise to do their stretches, before eating a portion of fruit to kick off the day.

In between teaching classes on movement, breath and stillness throughout the day, they eat nuts and seeds, such as ‘activated almonds’, as well as making fresh smoothies.

For lunch they often have large fruit plates consisting of mangos, durians, watermelons and pitayas – the fruit of a cactus.

Allee and Hendry say they like to spend as much time outside as possible, to ‘connect’ with the earth.

After preparing some cooked food like an ‘enchilada casserole’ or a ‘potato pie with thyme’, the couple will make sure they’ve eaten their last meal of the day before sunset.

Their message to anyone wanting to incorporate more fruit in their diet is to ‘eat seeded fruit’ and ‘try lots of different fruits to see what works as there’s so much variety’.