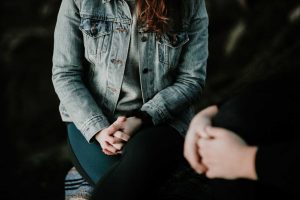 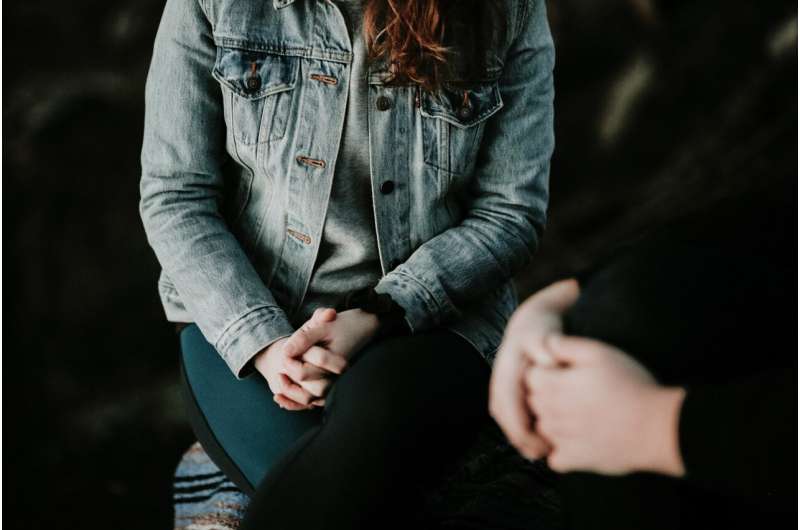 Group therapy relieves psychological distress, improves quality of life and results in fewer readmissions for heart problems, according to a study published today in the European Heart Journal.

“Approximately 20% of all cardiac patients have signs of psychological distress, rising to one-third of employed patients,” said study author Annette Holdgaard, a nurse at Copenhagen University Hospital—Bispebjerg and Frederiksberg, Denmark. “Psychological symptoms like palpitations and chest discomfort can be difficult to distinguish from cardiac symptoms. This can lead to a vicious circle, with further distress that might limit a patient’s ability to live a normal life at home and work.”

Previous programs for addressing psychological issues in heart patients were lengthy, and were delivered to individuals by a therapist or psychologist—making them difficult to use in real life. This study examined the effect of five group sessions of cognitive behavioral therapy (CBT), conducted by nurses as an add-on to usual cardiac rehabilitation, on symptoms of anxiety and depression.

The study included 147 working age cardiac patients with psychological distress, which was defined as a Hospital Anxiety and Depression Scale (HADS) score of 8 or more for anxiety and/or depression. The average age was 54 years and 67% were men. Participants were randomized to five sessions of group CBT plus usual cardiac rehabilitation (CBT group) or cardiac rehabilitation alone (control group). Those with severe distress or a psychiatric diagnosis were excluded.

Cardiac nurses led the CBT sessions after brief training and were supervised by a psychologist. Five sessions of two hours each were held for groups of three to four patients. In session 1, patients clarified their values, for example family and work, and reported difficulties caused by heart disease, such as poor sleep and exhaustion. Session 2 included a review of the anxiety circle, where a threat can cause physical reactions and catastrophizing thoughts, followed by a discussion of coping strategies, such as gradual exposure to anxiety-filled situations and breathing exercises to calm the nervous system.

Session three dealt with the analysis and consequences of current behavior. For example, working 50 hours a week may bring short-term satisfaction but leave insufficient time to recover from a heart condition, which could have serious implications in the longer term. Session 4 focused on strategies for dealing with concerns. While worrying can lead to problem-solving, it can also lead to overthinking and patients learned more constructive behavior. Finally, in session 5, patients saw how their coping strategies had changed throughout the course, learned how to make optimal use of their strengths, and received an individual maintenance plan for dealing with future distress.

The primary outcome of change in total HADS score from baseline to three months improved significantly more in the CBT group (8.0 points) than in the control group (4.1 points). Both subscales (anxiety and depression) also improved significantly more in the intervention group. The CBT group’s improvements in the total score and subscales were maintained at six months.

Compared with the control group, the CBT group had greater improvement in quality of life at six months, and a 57% lower risk of cardiac readmissions at 12 months. Previous research has shown that anxious or depressed patients are less likely to attend cardiac rehabilitation exercise and education sessions, and this study showed that those receiving CBT were more likely to take part than those in the control group.

Ms. Holdgaard said, “The findings indicate that all patients attending cardiac rehabilitation should be screened for psychological distress and offered CBT if needed. Those in the therapy group said it was a relief being with others dealing with the same problems. They learned to evaluate and challenge their own thoughts—for example, there may be other reasons for my heart beating faster than that I am dying—and nurses helped them distinguish between cardiac and psychological symptoms. Patients also realized that they can choose how much attention to give a thought, and instead of entering the thought (fusion with it), they can maintain distance (defusion) and let thoughts pass.”

ESC spokesperson Professor Christi Deaton of the University of Cambridge, U.K. said, “This study is important for multiple reasons. It demonstrates the value of interventions for psychological distress, and that brief group-based CBT can be delivered by nurses within existing cardiac rehabilitation programs with positive and significant effects on outcomes. The study also illustrates the importance of individualizing rehabilitation programs to meet the needs of different patient groups. The results of this study and others show that group CBT is a promising intervention in patients with cardiovascular conditions and psychological distress.”