The Average U.S. Life Expectancy Dropped 1.8 Years Since The Pandemic 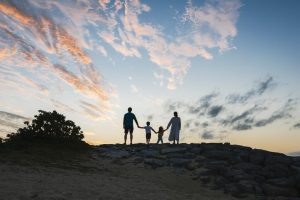 Of course, COVID spiked death rates across the globe, but the virus itself isn’t solely responsible for the drop in life expectancy. Rather, it compounded other risk factors for an earlier death, like unintentional injuries due to drug overdoses and preexisting conditions complicated by the virus. Dr. Robert Anderson, National Center for Health Statistics (NCHS) Chief of Mortality Statistics, explained that these figures do not include deaths where COVID was a contributing factor, admitting that that type of tracking can get tricky.

“[COVID] may have exacerbated an existing disease or it may have contributed in some way but it wasn’t what initiated the chain of events leading to death. And the person who is certifying the cause of death — usually it’s a physician, medical examiner, or coroner — has to determine what role COVID-19 played in causing the death, and this is essentially three options: it was the underlying cause and it initiated that chain of events; it was a contributing factor and played some role but it wasn’t the underlying cause; or it wasn’t a factor at all, in which case it shouldn’t be reported on the death certificate.”

The report also found that women had an overall higher life expectancy than men at 79.9 years versus 74.2 years. Women had longer life spans in all 50 states and D.C. And another 2022 study still in preprint suggests that U.S. life expectancy likely dropped again in 2021.

Now’s a great time to schedule vaccines before the impending COVID and influenza Fall/Winter surge.

Before you go, check out these inspiring quotes about grief and death: