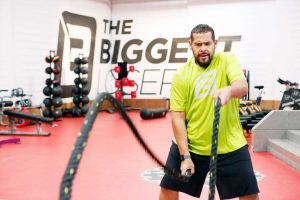 The Biggest Loser is shaping up for a return to television.

The weight loss competition series is being revived by USA Network, three years after it went off the air at NBC, the network told PEOPLE in a statement.

The revamped Biggest Loser will focus not just on numbers, but on overall wellness, according to USA & SyFy Networks President Chris McCumber.

“We’re re-imagining The Biggest Loser for today’s audiences, providing a new holistic, 360-degree look at wellness, while retaining the franchise’s competition format and legendary jaw-dropping moments,” he said in the statement. “USA’s recent reboot of Temptation Island brought both new and younger viewers to the network, and we’re excited to add another big, buzzy show to our growing unscripted lineup.”

The Biggest Loser premiered on NBC in 2004 with trainers Jillian Michaels and Bob Harper each trying to coach their respective teams to victory in terms of who could lose the most weight.

Michaels and Harper are not expected to return this time around, as USA reportedly said its revival will feature a “dynamic new team of experts determined to dramatically improve America’s lifespans and waistlines.”

There will, however, be a team of trainers, a chef and a life coach helping the contestants on their journey just as before.

Its predecessor went off the air in 2016 after 17 seasons, but not without controversy, as a study published that same year found that many contestants re-gained the pounds they’d shed on the show after its end.

The study tracked season 8 contestants and found that the weight gain was because their resting metabolisms slowed while they were on the show and never recovered, according to the New York Times. Producer JD Roth later defended the show, telling PEOPLE in 2017 that he thought the contestants may have gained the weight back because they hadn’t overcome “emotional hurdle[s].”