The BMJ launches campaign for adequate rest breaks for doctors 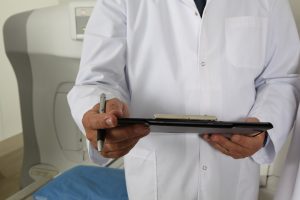 Today, The BMJ launches the ‘give us a break’ campaign calling for doctors to be able to take the breaks that they need—for their own wellbeing and for patient safety.

For many doctors working in the NHS or any other over-stretched health system, working long and often unsociable hours without adequate rest breaks has become the norm.

Evidence suggests that with year-round pressures on services demanding beds and facilities, doctors’ lounges and other informal staff spaces are often not prioritised, while rest facilities for use at night have also disappeared.

What’s more, a recent investigation by the Health Service Journal found that since August 2016, nearly 36,000 junior doctors have reported concerns about their working hours, showing that they often aren’t able to take the breaks that they need or to finish work when they should.

And similar concerns have been raised in primary care, where workload pressures prevent GPs from taking the breaks that they need.

The BMJ will campaign for doctors in secondary care to have access to a doctors’ lounge or staff room, and to properly equipped and maintained on-call rooms. In general practice, it will explore how teams have found ways to get together for a coffee break or lunch.

“We will promote a culture that encourages them to take a few minutes out of their day to pause and regroup,” writes Abi Rimmer, Careers Editor at The BMJ in an editorial to launch the campaign.

The campaign is part of a wider movement—medical organisations, trade unions and royal colleges have campaigned on this issue in the past, and continue to do so as the problem persists and potentially gets worse.

“We will bring these organisations together, along with other stakeholders such as employer and patient organisations, in a united effort to change systems, working practices, and culture to ensure that doctors get the breaks they need,” says Cat Chatfield, Quality Improvement Editor at The BMJ.