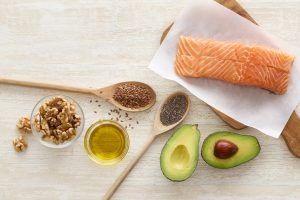 We’ve been singing the praises of the Mediterranean diet for a while – it helps with weight loss, boosts heart health and can even reduce your risk of depression. Now, new research shows that loading your plate with fish, veggies and whole grains might even improve your endurance and athletic performance, too.

Scientists at Saint Louis University (SLU) in Missouri asked a group of men and women to run five kilometres on a treadmill after four days following the eating regime.

Nine to 16 days later, they were tested again – this time, however, they’d spent four days following a Western diet (one high in refined sugars, salt and fat and low in fresh fruit and veg).

The results were undeniable: the participants moved six times faster during the first experiment than in the second, despite showing similar heart rates and ranking their level of exertion the same too.

This was put down to the Mediterranean diet boasting loads of antioxidants, nitrates and anti-inflammatory properties.

“Many individual nutrients in the Mediterranean diet improve exercise performance immediately or within a few days. Therefore, it makes sense that a whole dietary pattern that includes these nutrients is also quick to improve performance,” Dr Edward Weiss, the study’s senior researcher and professor of nutrition and dietetics, explained.

“However, these benefits were also quickly lost when switching to the Western diet, highlighting the importance of long-term adherence to the Mediterranean diet.”

Weiss added that these findings were especially significant for athletes.

“This study provides evidence that a diet that is known to be good for health is also good for exercise performance,” he said. “Like the general population, athletes and other exercise enthusiasts commonly eat unhealthy diets. Now they have an additional incentive to eat healthy.”