The Number One Secret to a High-Performance Day 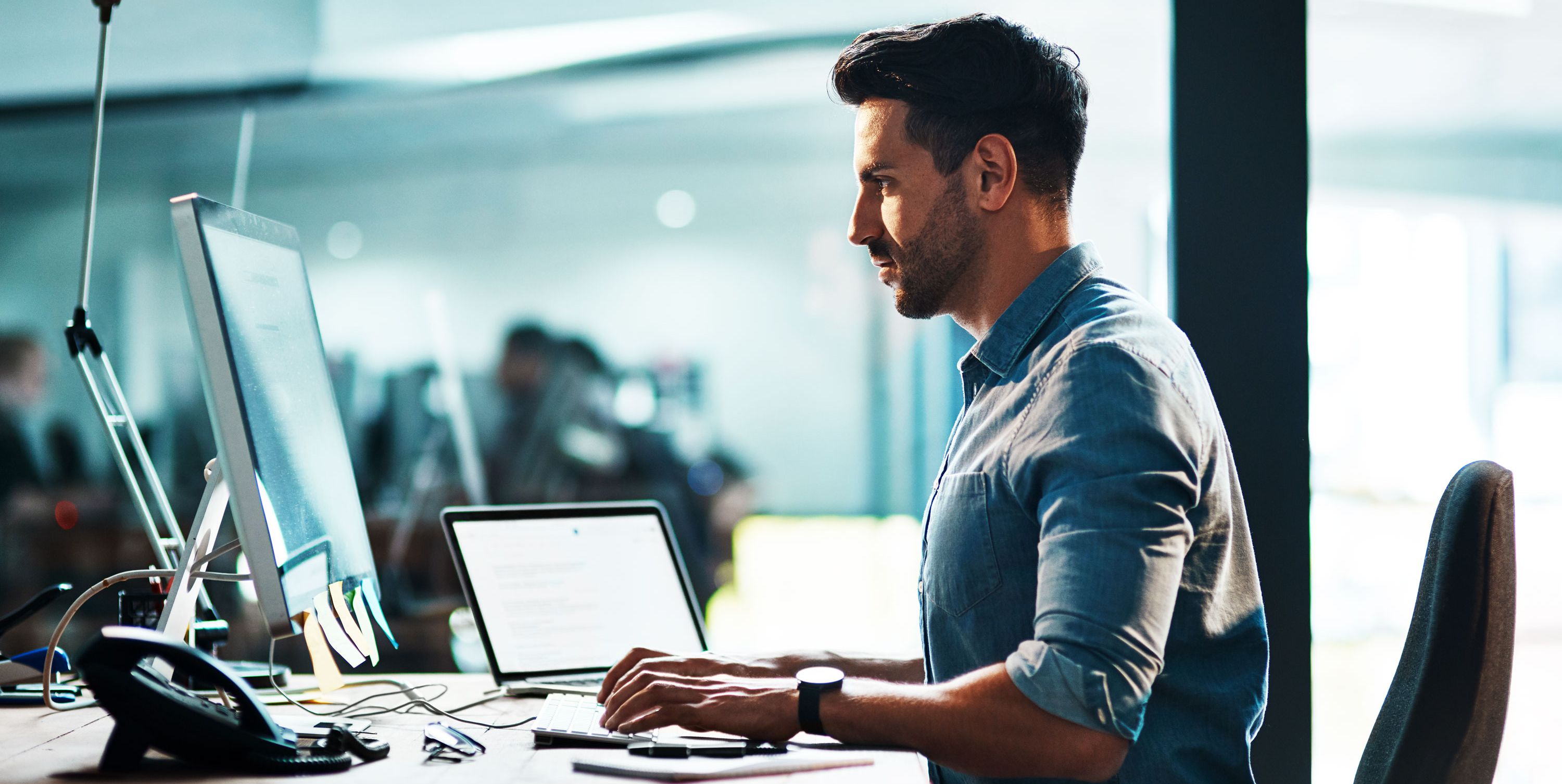 The first time I witnessed the impossible, I was nine. This was 1976, the year of the Bicentennial. The purveyor of impossible was my younger brother. He was seven.

It was late afternoon. Brother had come home from a friend’s house, said hello to mom, and promptly produced a bright red sponge ball from the front pocket of his mud-splattered jeans.

Holding it in his right hand, my brother calmly placed the ball into his left, balled his fist around it, and held up the closed appendage for all to see. Someone was asked to blow on it. Mom did the honors. And then my brother opened his hand and blew my mind—the ball was gone. Empty hand, scrambled brains, no other way to describe it. My little brother had done the impossible.

My little brother had done the impossible.

Now, for most, a vanishing sponge ball isn’t that neat of a trick. But remember: I’m 9 and had never seen a vanishing ball before. Yet I knew my little brother wasn’t magic. So, there had to be an explanation, a skill, a method. This was a startling realization. It meant that impossible had a formula. And more than anything I had ever wanted, I wanted to know that formula.

Which explains a great deal about what happened next….Next, I started studying prestidigitation. Card tricks, coin tricks, even those damn sponge balls. By the time I was ten, I was essentially living at Pandora’s Box, the local magic shop.

No matter how improbable a trick looked…there was always a method.

Back in the 1970s, magic was having a heyday. Top magicians would routinely go on tour and, for reasons passing understanding, stop in Cleveland, Ohio—which is where all this went down. This was ridiculous good luck. It meant that sooner or later everybody who was anybody in that world, made their way to my world. As a result, I got to see the impossible, up close, and all the time.

The major lesson of those years was that no matter how mind-bendingly improbable a trick looked on the front end—just like that vanished ball—there was always a method on the back end. Impossible had a formula.

This discovery never left me. In fact, my entire professional career has been spent hunting for those formulas. And not just in magic. The answers I’ve uncovered have been the fodder for my books. The Rise of Superman, for example, was an investigation into action sports athletes extending the bounds of physical possibility and redefining the limits of our species. In Tomorrowland, it was maverick innovators turning science fiction ideas into technology. In Bold, it was entrepreneurs like Elon Musk, Larry Page, Jeff Bezos, and Richard Branson—those who’d created impossible business empires in nearly record time.

Whenever we see the impossible becoming possible, we’re seeing the results of a state called flow.

And what did I learn in all that work? That whenever we see the impossible becoming possible, we’re seeing the results of a state called flow.

For anyone unfamiliar, flow is defined as an optimal state of consciousness—one where you feel your best and perform your best. It’s those peak moments of total absorption, when you get so focused on the task at hand that everything else disappears. Action and awareness merge. Your sense of self vanishes. Your sense of time distorts. And throughout, all aspects of performance, both mental and physical, go through the roof.

The reason for this is biological. Every one of us is hardwired for optimal performance. Flow is universal—a built in feature of the human machinery. The state shows up in anyone, anywhere provided certain initial conditions are met.

So what are those initial conditions? Turns out flow states have “triggers,” which is the technical term for pre-conditions that lead to more flow. There are twenty in total: ten that drive an individual into flow, and ten do the same for a team (and produce the shared, collective version of the state, or “group flow”).

Flow only shows up when all of our attention is focused in the right here, right now.

What all these triggers have in common is attention. Flow only shows up when all of our attention is focused in the right here, right now—so that’s what these pre-conditions do: They focus your mind, driving awareness into the current moment.

And those individuals who have achieved the impossible, what have they done better than most? They have prioritized flow, weaving these triggers into all aspects of their lives as a way to maximize the time they spend in the state. That’s the real secret.

To study this phenomenon more, I co-founded the Flow Genome Project alongside high performance expert Jamie Wheal back in 2013. We’ve become one of the largest open-source human performance research projects in the world, and remain dedicated to the study and training of peak states like flow.

Interestingly, when we started this company, one of our foundational assumptions was that teaching people to utilize these triggers was going to be pretty damn hard. But over the past five years, one of our clearest lessons—and this comes after working with of people stretching from expert performers like the US Navy SEALs through the general public—is that flow is remarkably easy to train.

Flow is remarkably easy to train.

For example, a couple of years ago, we teamed up with Google for a six week joint learning exercise. Working with about sixty Googlers from all over the company—sales, marketing, facilities, engineering, whatever—we trained them in four high-performance basics (and I mean basic—like get enough sleep at night) and the use of four of flow’s triggers. Everyone did about an hour’s homework a day. At the end of six weeks, we saw a 35 to 80 percent increase in flow. And this isn’t a one-off. In our online trainings, we see an average increase of 70 percent (we measure for seven different indicators of the state).

These are stunning numbers. And they don’t mean that our Kung Fu is exceptionally bad-ass. They mean that human beings are hard-wired for high performance and with a little knowledge of how the system works and a bit of practice, we can all start making a significant difference in our lives.

How to trigger flow

One way to start is to understand the key flow triggers; four of which I outline below. Learning how to deploy them is key to learning how to increase the amount of time we get to spend in the state.

Flow requires total absorption in the task at hand, so one of the easiest ways to maximize flow is to minimize distraction. Turn off your cell phone, shut down email, and hang a “Do Not Disturb” sign on your door. What the research shows is that 90 to 120 minute blocks of uninterrupted concentration work best. Our recommendation—prioritize flow by making the first 90 minutes of your day a time for blocking out the world and prioritizing your most critical task.

Flow follows focus and consequences heighten our attention. This is one of the main reasons action and adventure sports athletes have been so good at generating flow—they work in incredibly high-risk environments. But for those of us uninterested in physical risk, you can take intellectual risks, creative risks or social risks. The most important point is to learn to consistently lean into challenges, to embrace the risk and use it to drive your attention.

Immediate feedback means we know where we are and where we’re going—thus we don’t have to pull our attention out of the present to course correct. Back when I was doing magic, this meant always practicing tricks in front of a mirror. Today, as a writer, it means having an incredibly close relationship with my editor. But whatever the case, tighten your feedback loops. Forget annual or quarterly progress reports, weekly, if not daily, tend to work better. If this isn’t available to you at work, then find a feedback buddy—someone to help you steer.

Often called the “golden rule of flow,” the challenge-skills balance is flow’s most important trigger. The idea here is that we pay the most attention to the task at hand when the challenge of the task slightly exceeds our skill set. But only slightly. The goal is to stretch, but not to snap. This can be tricky. Since this sweet spot is slightly outside our comfort zone, pulling this off on a regular basis requires learning to be comfortable with being uncomfortable.