Home » Health News » The reality of living with chronic pain

The reality of living with chronic pain 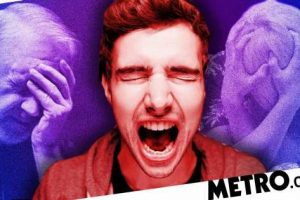 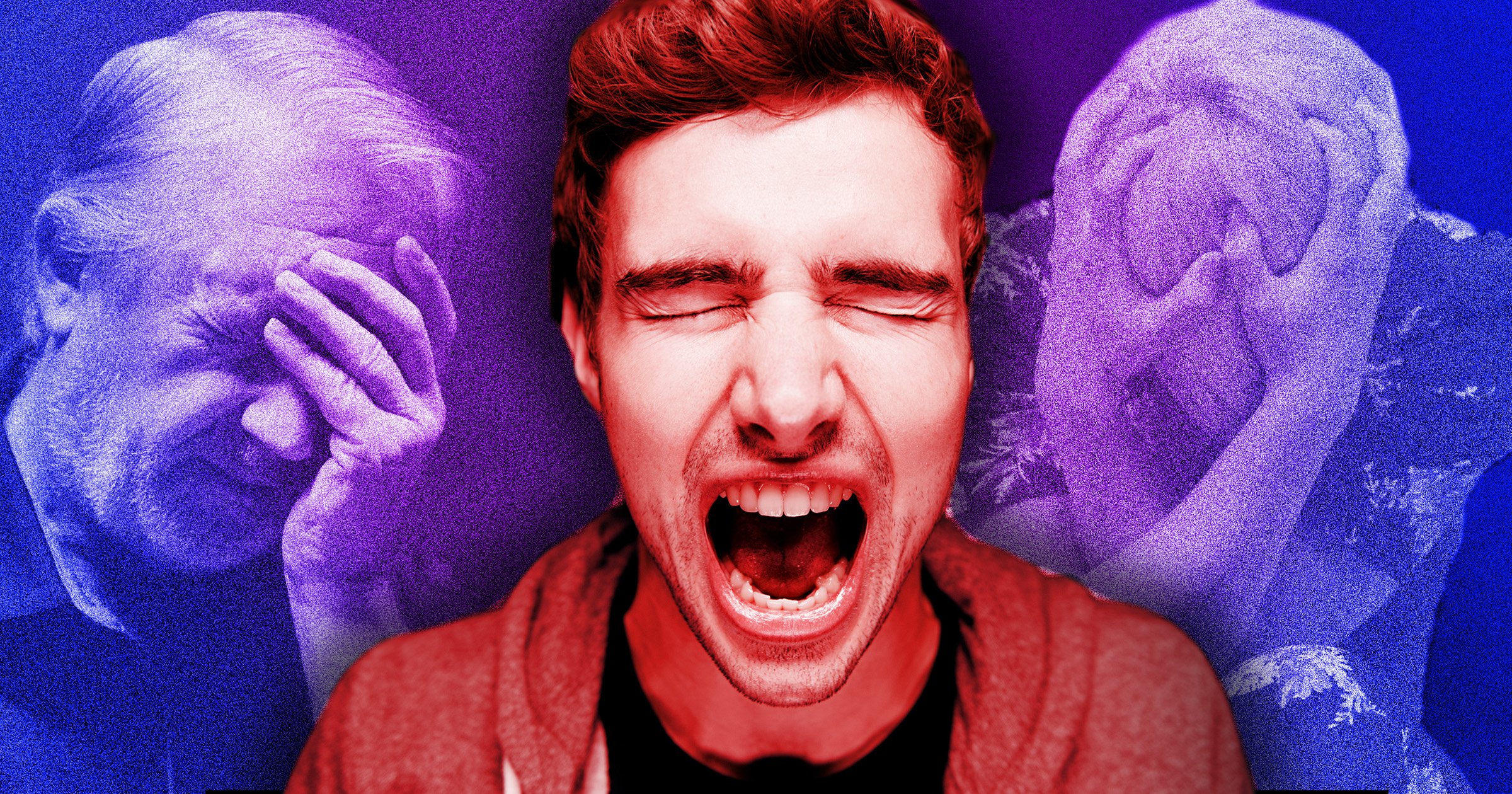 Pain may be subjective, but there’s no denying the impact that it can have when you’re living with it.

I suffer from pancreatitis – a condition caused by my cystic fibrosis, in which my pancreas has become irreversibly damaged from inflammation and now no longer works properly.

I’ve been living with this chronic pain since I was seven years old, and not a day goes by where the pain doesn’t flare up at some point.

I have lived with this for so long that I don’t remember what it’s like to be pain-free.

It stops me from living a ‘normal’ life. The pain often gets so bad that I am unable to move, eat or drink.

When I experience these extreme flare-ups, I can’t get dressed or go to the toilet without help, and I am often left screaming in pain.

And despite my daily cocktail of extremely strong painkillers, the pain still rages on – they don’t even take the edge off.

All they do is make me sleepy and drowsy, adding extra symptoms that I have to navigate while trying to live my daily life.

The emotional and physical stress that this all puts on my life is unimaginable. It makes me angry and sad as well as irritable.

If I smile, if I manage to leave the house, if I’m able to work – people tell me that I ‘can’t be that unwell.’

But I don’t see any other option for me. I have no choice but to keep going because my pancreatitis isn’t going anywhere.

And I am not alone in my experiences of living in pain.

Around 1.5 billion (or one in five) people globally suffer from chronic pain, according to research from the University of Boston, and according to the NHS, there are 20 conditions that are classed as ‘pain so disabling’ that they can prevent people from carrying out their usual daily activities – including sickle cell disease, arthritis, endometriosis and acute pancreatitis.

The 20 most painful conditions (in no particular order) are:

Punteha van Terheyden, a 36-year-old from Leicestershire, has been living in pain for 21 years after she began suffering from severe endometriosis aged 15.

‘I get flare-ups all the time,’ she tells Metro.co.uk.

‘At least once every three or four weeks. Flares are constant unless I take high dose progesterone.’

She copes with the pain ‘by taking a plethora of medication and by having my husband and family’s constant support.’

‘It is hard to be in pain and still work, be a parent, and a wife,’ she explains.

‘So hobbies, my social life and things I enjoy fall away in order to cope with the essentials.

‘It is, above all else, a neverending endurance test and exhausting on all levels. It zaps the joy out of life and limits my opportunities.

‘But, it also adds a perspective most people don’t have; gratitude for all the things I do have and knowing things could be worse.’

On top of difficulties managing her conditions, Punteha says her experience with medical experts has been largely negative.

‘Medical experts I have come across have been dismissive, unhelpful and unprepared to deal sensibly and helpfully with chronic pain.

‘I have had to advocate so incredibly hard for myself.

‘It still took 11 long years to be believed and diagnosed with stage 3/4 (moderate to severe) endometriosis.’

Going forward, Punteha is calling for better training for GPs when it comes to chronic pain, and she also wants the general public to have a deeper level of understanding of pain.

‘Invisible illnesses like mine obviously cannot be seen. If people had greater awareness, then it would reduce anxiety for people like me who get abuse or negative looks for using a blue badge.

‘They have no idea about the conditions that make it so hard for me to walk, stand, and be mobile.’

Richard Campbell, a Marketing Director at Giki from Eastbourne, has a frozen shoulder.

‘It all started three years ago in July 2019 when I was knocked from my bicycle on my way to work,’ the 37-year-old tells Metro.co.uk.

‘I broke my humerus in five places, which was a painful way to start the day and a horrendous injury in itself.

‘I didn’t need surgery, but because of the severity of the break, I needed to keep my arm immobilised for eight weeks. While the bones healed, I developed a frozen shoulder.

‘Sufferers of the condition call the shooting pains we experience ‘zingers’.

‘It’s the most incredible, debilitating pain that can shoot up and down your arm and leave you gasping for breath,’ he adds.

‘I had these zingers every 10 minutes or so, morning and night, for 3-4 months, on top of a broken arm that hurt with every involuntary movement.

‘Then you are frozen – your shoulder is completely immobile. During this phase, I walked around like a T-rex and had to explain to everyone why.

‘Life was a constant painful struggle, with a dull ache somewhere between 3-8 on the pain scale and worse at night.’

Three years later, Richard is now in the ‘thawing’ stage.

‘The zingers are gone, but I live in pain and with a reduced range of motion,’ he says.

‘I self-medicate with ibuprofen and ice every day and eat a diet that encourages low inflammation, and I’ve cut out gluten.

‘I have a decent range of motion, but I am still quite limited. I find cycling uncomfortable, and my arm aches when I exercise. I really struggle to swim, and before that was a hobby and passion.

‘Sleep is extremely hard to come by. I sleep on my back and get around three hours a night.

It’s tough for my wife and family. My arm constantly aches, in the background, with bad days being a real nuisance.’

Despite the pain, Richard has managed to get some strength back but has to be careful.

‘I even did the Brighton Triathlon this weekend and came 2nd in my age group.’

Jen Moore, a women’s health advocate from Cambridge, has endometriosis and adenomyosis.

Symptoms started when Jen had her first period, aged 11, but despite knowing something wasn’t right, it took her over 20 years of ‘fighting with doctors’ before she was finally diagnosed and put on an appropriate treatment path.

‘Unfortunately, these conditions are hugely misunderstood and underfunded, so they are often misdiagnosed and dismissed,’ the now 33-year-old tells Metro.co.uk.

‘I have lost count of the number of times I was told by doctors “it’s just a bad period”, “it’s just stress”, and “take a paracetamol and rest”.

‘Even if you are lucky enough to be taken seriously and be diagnosed, there are shockingly few experts in endometriosis.

‘The result is that most women end up on treatments that only suppress symptoms whilst the disease continues to progress. ‘

Jen had her first surgery to remove the endometriosis in May this year, but unfortunately, her symptoms are still there.

‘I am now scheduled for further excision surgery for the endometriosis and a hysterectomy; the only cure for adenomyosis. I’m in pain every day,’ she says.

‘I have burns on my abdomen and legs from trying to find relief with hot water bottles and am frequently curled up on the floor or being sick from the severity of pain.’

Like Punteha, Jen also finds the nature of the illness hard to deal with.

‘Because endometriosis is “invisible”, it’s so hard for people to understand the reality of living with it,’ says Jen.

‘Living with a chronic illness is relentless.’

Jen says that her support network helps her manage her condition.

‘I couldn’t do it without my husband, my parents (my mum also had endometriosis and has been a huge source of strength), and my friends.

‘Surrounding yourself with a few people who truly understand what it is like is vital and helps when you feel alone,’ she adds.