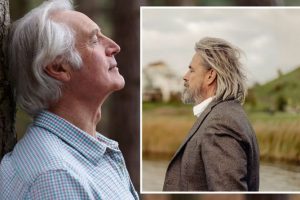 THERE are many theories that explain the ageing process but one of the most compelling is cellular ageing. Cellular theories of ageing propose that human ageing is the result of cellular ageing, whereby an increasing proportion of cells reach senescence; a terminal stage at which cells will cease to divide. This will limit the body’s ability to regenerate and to respond to injury or stress.

According to a study published in the journal Hindawi, a wide range of chronic diseases are strongly associated with accelerated cellular ageing.

These include depression, diabetes, cardiovascular diseases (CVD), cancer and infertility.

To investigate whether cellular ageing can be thwarted or slowed down, researchers in the Hindawi study explored the impact of a yoga-and meditation-based lifestyle intervention (YMLI) on cellular ageing in apparently healthy individuals.

During the 12-week study, 96 apparently healthy individuals were enrolled to receive YMLI.

The researchers assessed the changes in levels of biomarkers associated with cellular ageing in blood from baseline to week 12.

After 12 weeks of YMLI, there were “significant improvements” in the biomarkers of cellular ageing, the researchers found.

“YMLI significantly reduced the rate of cellular ageing in an apparently healthy population,” the researchers concluded.

Yoga is an ancient practice and meditation that has become increasingly popular in modern society.

“The goal during yoga practice is to challenge yourself physically, but not to feel overwhelmed,” explained Harvard Health.

“At this ‘edge’, the focus is on your breath while your mind is accepting and calm.”

The benefits of practicing yoga on the mind and body are manifold.

In one study, researchers found that people who practiced yoga for at least 30 minutes once a week for at least four years, gained less weight during middle adulthood.

People who were overweight actually lost weight. Overall, those who practiced yoga had lower body mass indexes (BMIs) compared with those who did not practice yoga.

BMI is a measure of whether you’re a healthy weight for your height.

Several small studies have found yoga to have a positive effect on cardiovascular risk factors.

It helped lower blood pressure in people who have hypertension, for example.

This helps the body senses imbalances in blood pressure and maintain balance.

It also lowered excessive blood sugar levels in people with non-insulin dependent diabetes and reduced their need for medications.