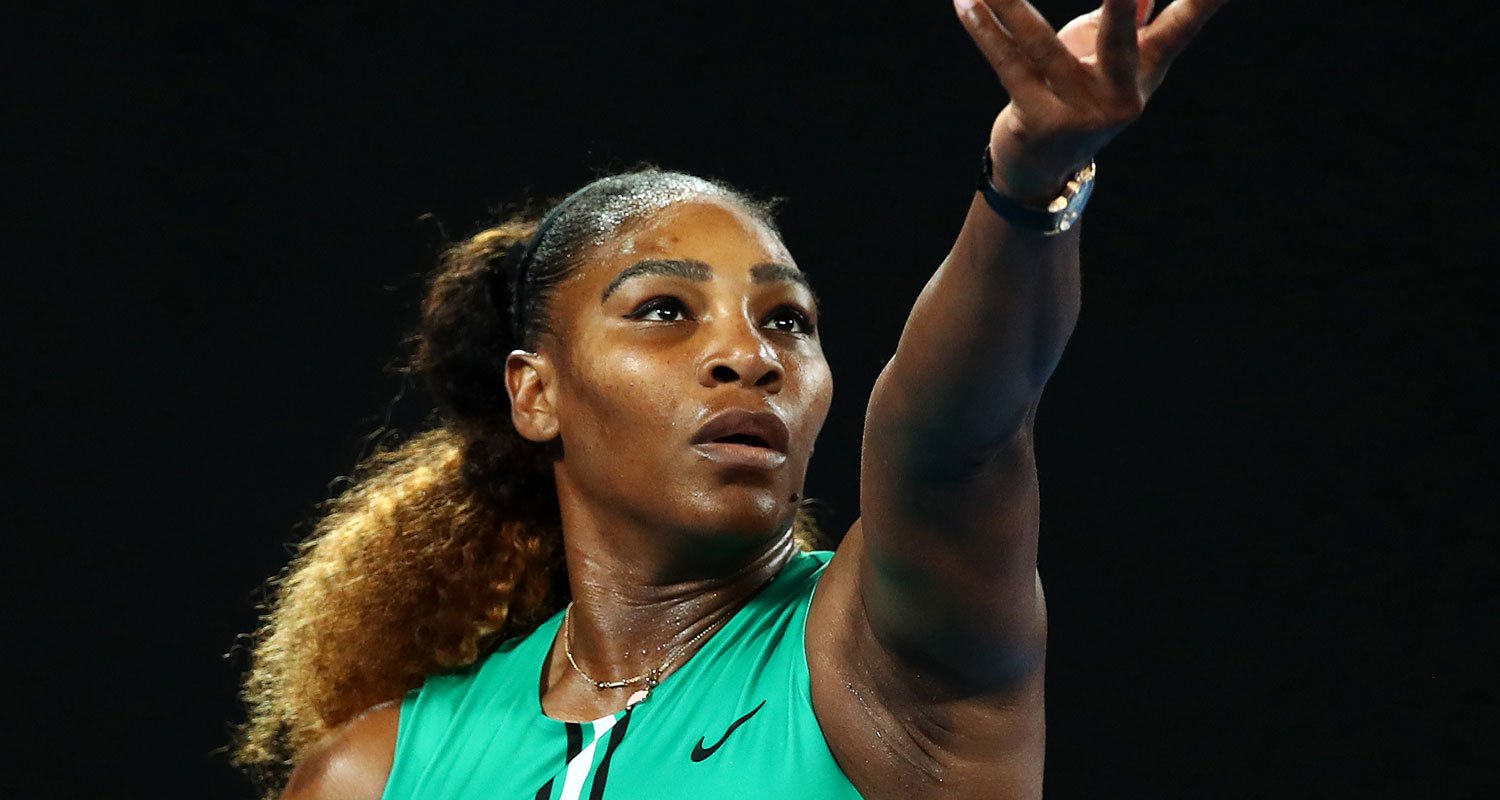 Unless you’ve miraculously managed to avoid the telly (or social media, for that matter) for the last 7 days straight, you would have seen Serena Williams slaying at the Australian Open in a skin-tight green Nike bodysuit and fishnet stockings.

If not, here’s a refresher:

It’s not your typical tennis get up but, honestly, the woman can do no wrong. Remember when she took to the court in a tutu? And let’s not forget that ‘Black Panther’ catsuit at the 2018 French Open.

Fashion statement aside though, there’s actually a very good reason behind her outfit choices as of late. During a press conference on Tuesday, the 37-year-old opened up about her ongoing struggle with deep vein thrombosis – the life-threatening blood clots that she’s been experiencing since giving birth to her daughter Alexis Olympia a little over a year ago. The condition can be caused by anything that keeps your blood from circulating as it normally would (i.e. an injury to a vein, surgery or certain medications.) Hence, the fishnet stockings which are actually compression tights.

“[I’m] definitely still concerned,” she said. “I’ve had some issues and they’re not done. So, it’s just something I just have to do for pretty much the rest of my career, we’ll see. But I’m always at the doctor.”

“With DVT, it’s very scary. A lot of people have them. Especially for me, it’s incredibly frightening. I lay on the side of precaution as opposed to not.”

Despite the legitimate health benefits, viewers are *very* into her latest look.

Even her hubby, Alexis Ohanian is “here for” it:

Ah Serena, she really is the GOAT. Both in tennis achievements and attire.