The takeaway food that could hike risk of heart disease

This Morning: Expert on eggs reducing risk of heart disease

Takeaways are enjoyed by millions across the UK. Doner kebab is often a meal of choice for meat eaters. But at most places where you’ll find a doner kebab, you’re unlikely to find any nutritional facts about the food you’re eating – such as calories or the level of fat. Yet, reports have been done over the years showing that the food is usually “very high” in substances that hike your risk of heart disease.

Earlier this year, there was a law passed that ensures all food businesses with over 250 employees show customers the number of calories in the food the business sells.

Many takeaways are small and don’t have this many employees, meaning it’s not always easy to find out precisely what you’re eating.

However, one government report in Scotland that analysed the nutritional value of 20 lamb doner kebabs from different takeaways in 2014 found “very high” average levels of saturated fats.

A diet with lots of saturated fat can bring up levels of “bad” LDL cholesterol in your blood – which increases the risk of heart disease, stroke, and other vascular problems. 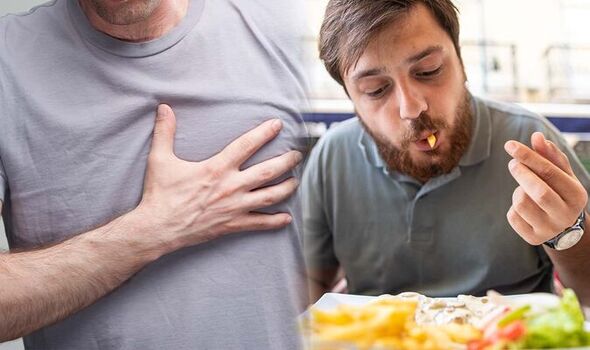 Heart UK explains: “Cholesterol is made and broken down in the liver. Eating foods that have too much-saturated fat, and too little unsaturated fat changes the way the liver handles cholesterol.”

Liver cells have “LDL receptors”. When cholesterol passes by the liver in the blood, the receptors spot it and take it out of the blood and into the liver, where it is broken down.

Research has shown that “eating too much-saturated fat stops the receptors from working so well”, explains Heart UK. This is what causes cholesterol to build up in the blood.

In the Scottish report, 27.9 grams was the average amount of saturated fat found in a portion of doner kebab. The portions looked at ranged from 192 grams to 848 grams.

Although not all of the kebabs in the study had a saturated fat level as high as 27.9 grams, 85 percent of them had at least 5 grams of saturated fat. 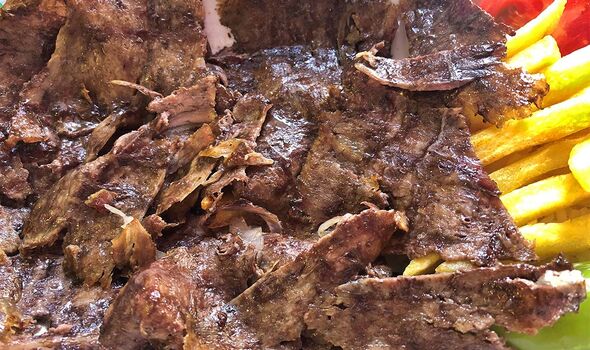 This means that trans fat accounted for 2.9 percent of energy in the doner kebab – which is above the recommended intake of energy by trans fat.

The Scientific Advisory Committee on Nutrition recommends that only 2 percent of energy should come from trans fat. 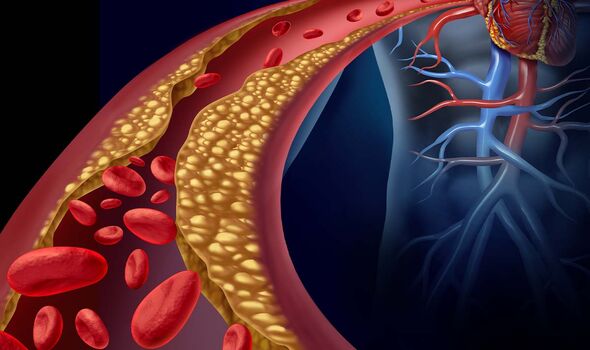 It’s also worth noting that the studies did not measure how the style of preparation and cooking could affect fat levels. Not all restaurants will prepare doner kebabs the same, which could affect their nutritional values.

What other foods contain lots of saturated fat?

According to the NHS, other foods that contain lots of saturated fat include cakes, biscuits, sausages, bacon, cured meats, cheese, and more.

As part of their advice, they recommend that where you can, you should compare food labels when you shop to pick foods lower in fat.

With regards to picking food at a takeaway, it says: “Opt for shish kebabs with pitta and vegetables instead of doner kebabs – this can be a fairly low-fat option and a good choice.”

It adds: “Opt for a chicken, fish, or veggie burger over a burger with cheese.”