Home » Health News » Therapeutic use of ketamine may be safe, study suggests

Therapeutic use of ketamine may be safe, study suggests 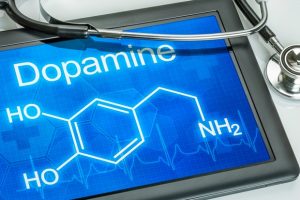 Commonly used in medicine as an anesthetic, ketamine is also increasingly prescribed to relieve depressive symptoms. This very fast-acting psychotropic drug is particularly indicated for the treatment of patients resistant to conventional antidepressants. However, its prescription has been the subject of debate: some believe that it presents a strong addictive risk. A team from the University of Geneva (UNIGE) has investigated this by administering the drug to mice. While it triggers an increase in dopamine in their brains – like all drugs – it also inhibits a specific receptor that precludes the progression to addiction. These results can be found in the journal Nature.

Discovered in 1962 by the American chemist Calvin Lee Stevens, ketamine is a synthetic drug derived from phencyclidine with powerful anesthetic properties. It is commonly used in human and veterinary medicine, particularly for pain relief and brief sedation. It is also used illicitly for recreational purposes, its dissociative effect inducing an altered perception of reality.

For the past ten years or so, ketamine has also been prescribed to treat the depressive symptoms of people who are resistant to conventional treatments. Its action has the advantage of being very rapid: its effect is felt a few hours after the first dose, whereas traditional antidepressants take several weeks to act. Although its prescription is increasing for this type of treatment, this substance is still widely debated within the scientific community.

''Some people believe that ketamine presents a strong addictive risk if taken for a long time, others do not. The whole point of our research was to try to provide some answers,'' explains Christian Lüscher, a Full Professor in the Department of Basic Neurosciences at the UNIGE Faculty of Medicine and a specialist in the mechanisms underlying addiction.

Addiction is defined as the compulsive use of a substance despite its negative consequences (behavioral disorder). Dependence, on the other hand, is characterized by the appearance of one or more withdrawal symptoms on abrupt cessation of use (physiological disorder). Dependence – the physical manifestations of which vary greatly depending on the drug – affects everyone. Addiction, on the other hand, affects only a minority of people and is not caused by all drugs.

In the case of cocaine, for example, only 20% of users become addicted, even after prolonged exposure. For opiates, the rate is 30%. In its recent work, Christian Lüscher's team sought to assess the risk of addiction to ketamine.

Short stimulation of the reward system

The UNIGE researchers used a device that allowed mice to self-administer doses of ketamine.

The drugs intensely stimulate the reward system in the brain, which leads to an increase in dopamine levels. The first step was to observe whether this mechanism was also at work when taking ketamine.''

The scientists found that the level of dopamine – also known as the ''pleasure molecule'' – increased with each dose and induced a positive reinforcement in the mice, which motivated them to repeat the self-administration. ''However, unlike cocaine, for example, we found that the dopamine level fell very quickly after taking the drug,'' says Yue Li.

A drug that does not leave its "mark"

The research team wanted to understand this phenomenon. They discovered that ketamine triggered an increase in dopamine by inhibiting a molecule called NMDA receptor in the reward center of the rodent brain. Dopamine then binds to another receptor (called the D2 receptor), which acts as a rapid brake on the increase in dopamine. The researchers also confirmed that the action of the NMDA receptor is necessary to modify the communication between the nerve cells that underlie the behavioral change leading to addiction. Ketamine's inhibition of the NMDA receptor makes this modification impossible.

''The consequence of this dual action of ketamine is that it does not induce the synaptic plasticity that addictive drugs do and that persists in the brain after the substance has worn off. It is this memorization of the product in the reward system – absent in the case of ketamine – that drives the repetition of consumption, explains Christian Lüscher. Therefore, the addictive risk of ketamine appears to be zero in rodents. Is this also the case in humans? Could this risk vary according to the individual? Our study provides a solid framework for debating access to its therapeutic use,'' concludes Christian Lüscher.