These Are the Best States for Gender Health Equality 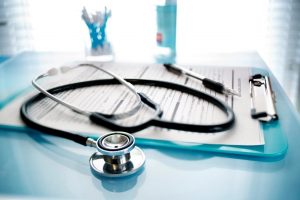 Looking to make a move for better healthcare? Head to the Northeast and mid-Atlantic regions of the U.S., which have fewer gender disparities in health services including physical, mental, and overall healthcare coverage.

According to a new analysis by U.S. News, Illinois ranks as the state with the overall least amount of gender healthcare disparities with Texas, New Jersey, Hawaii, and South Dakota rounding out the top five states for healthcare coverage. Louisiana, Arkansas, Michigan, Alaska, and South Carolina ranked at the end of the list.

In nearly every state, women were more likely to self-report having some form of healthcare coverage (91 percent), compared to men (87 percent). What’s interesting is that despite the fact that more women reported having some sort of health insurance or coverage, men self-reported better mental, physical, and overall health status. And in every state, more men than women reported zero days of mental distress.

The look at gender healthcare disparities was just one faction of the publication’s larger analysis of living conditions state by state. In addition to looking at healthcare, U.S. News analyzed education, economy, family planning and care, and representation and power as factors that play into the rankings.

Girls tended to have higher test scores in school, and women also reported higher graduation rates in every state. Still, Even in states that seem to excel at gender equality, girls tend to fall behind. Women overall reported lower earnings and labor force participation, worse health, and feeling like they are underrepresented, compared to men.

While there have been strides to make healthcare more accessible to everyone, states are stripping away reproductive rights left and right in the wake of the removal of Roe v. Wade. These harmful pieces of legislation that ban safe and legal access to abortion could shake up these numbers and see more people flocking to states that have healthcare available to them.

Before you go, check out these celebrities who bravely shared their abortion stories: