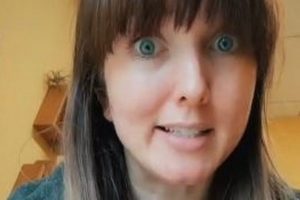 A doctor has revealed the reason why women should never pee in the shower – and it's nothing to do with being clean.

Dr Alicia Jeffrey-Thomas, a doctor of physical therapy, often creates content for TikTok and thousands of people watch her videos.

One of the most popular she's created has been liked more than 33,000 times and it's about pee.

READ MORE:'My boyfriend cheated on me – so I made him pay for my nose job'

In the short clip the doctor says it's not a good idea for women to pee in the shower as, each time you do it (or if you run the tap while you pee), your brain starts to make links with the sounds of running water.

So, basically, she says if you pee in the shower a lot then the noise could become associated with weeing in the long-run.

This isn't great – as later down the line you could get the sudden urge to wee unexpectedly – such as when you're washing the dishes or watering plants.

As well as this she said she doesn't advise it because you can also adapt to the stance while taking a whizz.

In the video, she said: "There's two things I want to focus on.

"He rings the bell every time he puts food out for the dogs, so eventually the dog starts to associate the bell with food and he starts to slobber, even if there's no food there.

"If you pee in the shower, or turn on the faucet or shower and then sit on the toilet, you're creating an association in your brain between the sound of running water and having to pee."

In the clip Alicia said this has the potential to, when combined with pelvic floor dysfunction, result in "leak issues" when you hear running water in places that aren't the shower.

Also there's the fact that women are simply not designed to pee standing up.

When you urinate while standing up, the pelvic floor isn't able to relax properly, and this could result in someone not being able to empty their bladder efficiently.