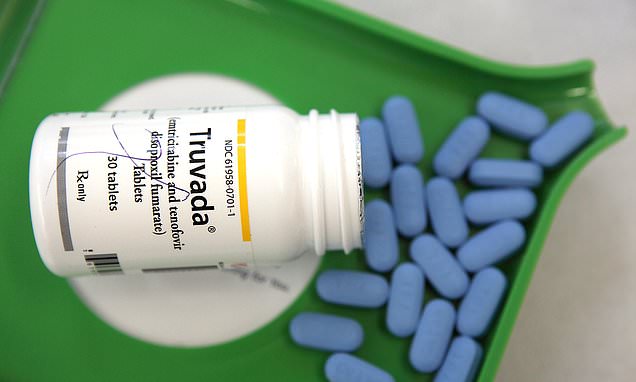 Thousands more people at high risk of catching HIV in England are to be given a controversial prevention pill, if plans go ahead.

Currently, PrEP – branded a ‘promiscuity pill’ by critics but a ‘game-changer’ by supporters – is only available for up to 13,000 people signed up to a trial.

However, NHS England has today backed calls for it to double in size, allowing 26,000 people considered to be at risk of HIV to access the drug.

The announcement follows stark warnings that scores of gay and bisexual men would be turned away from the trial because it was filling up so quickly.

Charities have welcomed the move, claiming pre-exposure prophylaxis, as it is known in full, has a ‘crucial role’ to play in ending new HIV infections in the UK. 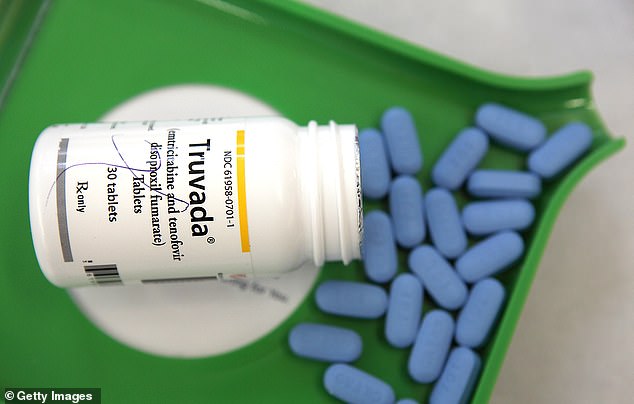 Currently, PrEP – branded a ‘promiscuity pill’ by critics but a ‘game-changer’ by supporters – is only available for up to 13,000 people signed up to a trial

PrEP is available on the NHS in Scotland and Wales – but the same is not true in England.

The researchers behind the ongoing PrEP trial made an official request to the NHS, urging them to increase participation.

They said the speed of recruitment and demand for the drug has significantly exceeded initial expert predictions.

NHS England has now publically backed the plans, which will be discussed later this month. It said it would fund the additional places.

They work together to interfere with an enzyme which HIV uses to infect new cells, slowing down the virus’ attack or preventing it altogether.

The drug, which costs £45 privately for a month’s supply, is designed for people that have not yet been exposed to the virus.

John Stewart, director of specialised commissioning at NHS England said it ‘will play its part in delivering on the recommendation’. 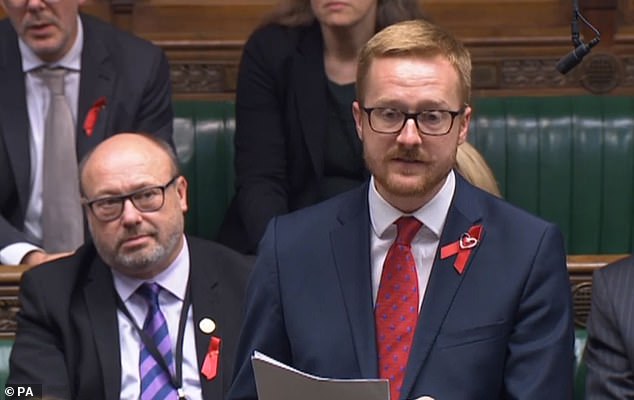 Lloyd Russell-Moyle, an MP for Brighton, was the lead signatory on the letter to public health minister Steve Brine. Mr Russell-Moyle, 32, last month announced in Parliament he has been living with HIV for a decade

‘Now every effort must be made by all parties to ensure access to these additional places happens as soon as possible.’

She added that PrEP has a ‘crucial role to play in ending new HIV infections in the UK’.

WHAT IS PrEP? THE HIV PREVENTION DRUG THAT STOPS 90 PERCENT OF TRANSMISSION

This drug in particular is fixed-dose combination of two anti-retroviral drugs, tenofovir and FTC, in one pill.

They work together to interfere with an enzyme which HIV uses to infect new cells, slowing down the virus’s attack or preventing it altogether.

The drug is designed for people that have not yet been exposed to the virus to protect themselves against it.

Alternatively, people who have been exposed can take PEP (post-exposure prophylaxis), a month-long course of drugs started within 72 hours of exposure.

Ian Hudspeth, chairman of the Local Government Association’s Community Wellbeing Board, also welcomed the news, saying he was ‘pleased’.

He said: ‘The outcome of the trial, which will be the largest single study of its type in the world, will help inform the potential rolling out of PrEP nationwide.

‘It is crucial that by the end of this trial next year, a clear process for routinely commissioning and funding PrEP on the NHS is agreed.’

In the hope of increasing the trial size, a group of 14 MPs and peers last month penned a letter to health minister Steve Brine urging him to expand it.

Lloyd Russell-Moyle, a Brighton MP who recently announced he was HIV positive in Parliament, was among those who signed the letter.

The letter warned men are already being turned down in some areas, alongside a report of someone catching HIV after being denied the medicine.

It read: ‘This is unacceptable and we risk failing other gay and bisexual men if the current situation continues.’

Forecasts estimated that the 3,000 places for gay and bisexual men would be full by early 2019. Other at-risk groups made up the remainder of the trial.

Yet official figures show a total of 53 per cent of the 4,363 HIV diagnoses in 2017 in England were among gay and bisexual men.

This is due to cells in the anus being more susceptible to HIV, as well as fluid in semen and the anus’ lining carrying more HIV than vaginal secretions.

Other high-risk people include those with HIV-positive partners.

The lethal virus progressively damages the cells in the immune system, weakening the body’s ability to fight infections.

Left untreated, this leads to AIDS – the collective name for a series of deadly infections which the weakened immune system cannot tackle.

Figures estimate nearly 37 million adults and children across the world have the lethal virus including at least 100,000 in the UK.