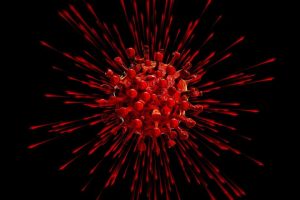 Turkey on Thursday started administering the second dose of the COVID-19 vaccine developed by China’s Sinovac company to health care workers across the country.

Also Thursday, people above the age of 70 qualified to receive their first dose of the vaccine as Turkey further expanded its inoculation campaign. People aged over 65 will qualify as of Friday, according to Health Minister Fahrettin Koca.

Turkey first began vaccinating doctors, nurses and other health professionals on Jan. 14. President Recep Tayyip Erdogan, who was among the first to receive the vaccine in a bid to set an example, also got his second shot on Thursday.

“God willing, we aim to vaccinate all our citizens in a short period of time,” Erdogan said in a statement released by his office.

After a promising start which saw 1.2 million people receive their first doses in one week, Turkey’s pace of vaccination has slowed. In all, around 2.8 million people have received their first shots in the country of 83.6 million.

Turkey aims to vaccinate at least 60% of the population, Koca said, without providing a timeframe.

The country has been trying to procure vaccines from multiple sources, but has expressed a preference for those made with an older and tested technology, such as Sinovac’s.

Turkey is also set to receive at least 4.5 million doses of the shot developed by Pfizer and BioNTech by the end of March, with an option to purchase a further 30 million later, the minister said.

Meanwhile, a Turkish vaccine being developed by Erciyes University, in central Turkey, began its phase II testing this week. It was not clear if the jab was on target to be ready by April.

At Istanbul’s Dr. Ilhan Varank Hospital, 48-year old pediatrician Mehmet Karacig rolled up his sleeve to get his second shot, three weeks after receiving his first.

“I do not think diseases that cause such epidemics can disappear without vaccinations. I also do not think that these new mutant viruses will completely offset the effect of the vaccine,” he said, in reference to COVID-19 variants that have been detected in several countries.

Halim Ulutoprak, 30, a member of the hospital’s nursing staff, said: “Now that I have completed my vaccination and I have two doses, I feel more comfortable against the coronavirus.”

The jab is being administered free of charge in hospitals and neighborhood health care centers.

Koca said Turkey had detected 263 cases of the COVID-19 variant first found in the U.K., 23 cases of the variant detected in South Africa and 106 cases of variants with “undetermined origins.”

The minister said, however, that a recent increase in infections in Turkey cannot be attributed to the more infectious variants.