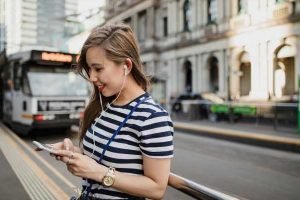 On average, people commute for a total of 38 minutes each way. And whether that be through walking, bus, train or flying carpet – some commutes can be, unfortunately, much longer than that each way. While the daily commute is often seen as a great time to sleep, catch up on the latest true crime podcasts or indulge in some reading, new research conducted by Harvard Business School suggests there may be a correlation between how people are affected by their travel times to and from work, and what activities they do during them.

Through three different studies, it was found that lengthy commutes may be adversely affecting employees who struggle with “self-control” in the workplace, and may make them less likely to undertake “role-clarifying prospection”.

Role-clarifying prospection refers to using time at hand to mentally prepare yourself for the day, and thereby enable yourself to become more capable of the tasks ahead. Incoming Assistant Professor Jon Michael Jachimowicz from Harvard Business School, and one of the report’s researchers told Forbes that the best way to utilise your commute time is to “… set goals, strategise, and focus on the day ahead.”

The issue, according to the study, is that too many people use it as a window of time to allow themselves to mentally “escape” the stress of their day, rather than actively prepare for it. The result is lower morale, less productivity, more exhaustion, and overall dissatisfaction.

So, next time your walking, using public transport or flying to get to work – use that time to prepare for what’s ahead.