US judge rules in favor of universitys vaccine mandate 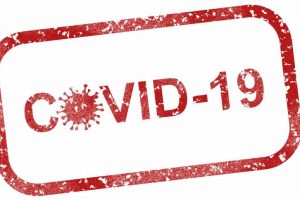 A US federal judge on Monday upheld a university’s decision to require its students and employees to get vaccinated against COVID-19, the first ruling on an increasingly divisive issue ahead of the new school year.

The decision by Judge Damon Leichty of the South Bend court, around 75 miles (120 kilometers) east of Chicago, can still be appealed all the way to the Supreme Court.

In a case brought by eight students, the judge refused to suspend new health rules imposed by Indiana University in preparation for the resumption of classes between August 1 and 15.

The rules require COVID-19 vaccination for the school’s 90,000 students and 40,000 employees but allow for exemptions on religious or medical grounds.

The US Constitution allows students to refuse “unwanted medical treatment based on bodily autonomy,” Leichty wrote.

But it also “permits Indiana University to pursue a reasonable and due process of vaccination in the legitimate interest of public health,” he continued in his 100-page ruling.

Six of the eight plaintiffs already have religious exemptions, but they don’t want to wear face masks or abide by social distancing, he said.

Some put forward religious reasons or the fear of being discriminated against, while others described the measure as a cultural attack.

However, in recent months, they had all agreed to comply with such health measures in other contexts, the judge pointed out.

The vaccination campaign in the United States, which has made enormous progress against the pandemic, has stalled in recent weeks.

About 68 percent of adults have received at least a first dose, but there are large geographical disparities.

Opposition to the vaccine is significantly tied to the political divide in the country, with hostility much more pronounced in the right-wing demographic, particularly among supporters of former president Donald Trump.

Several conservative groups, such as student organization Turning Point, have launched a campaign against mandatory vaccination on campuses and are backing lawsuits across the country.