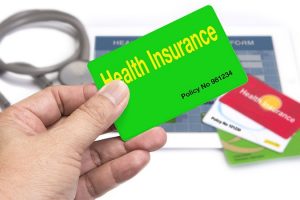 The number of Americans without health insurance coverage dropped to a record low of 8% this year, beating the prior low of 9% in 2016, according to a new report from the Department of Health & Human Services (HHS).

The uninsured rate declined throughout 2021 and early 2022. About 5.2 million people have gained coverage since 2020, including 4 million adults and 1 million children.

“Every American has the right to the peace of mind that comes with access to affordable, quality healthcare,” President Joe Biden said in a statement.

“No one should worry about whether they can pay for their doctor or choose between paying rent and filing a prescription,” he said.

The announcement came a few days after Democrats solidified a 725-page deal on climate, healthcare, and taxes that would extend federal subsidies to people who buy private health insurance that drives down uninsured rates, according to The Associated Press. Democrats have proposed spending $64 billion to give those price breaks for 3 more years.

More than 35 million Americans are now enrolled in Affordable Care Act coverage, which is the highest total on record and includes more than 21 million people who are enrolled in the act’s expansion of Medicaid.

The uninsured rate began to decline last year, largely due to the $1.9 trillion American Rescue Plan, which offered various coronavirus relief measures, including a provision that lowered premiums and out-of-pocket costs for new or returning customers who bought health insurance plans through markets related to the Affordable Care Act.

Before 2021, the uninsured rate remained in the double digits for decades, the AP reported. The number began dropping after the Affordable Care Act was put in force in 2010, particularly through Medicaid expansion and health insurance coverage for people without a job-based plan.

About 26 million Americans still don’t have health insurance, and about 2% of children are now uninsured, the latest report showed.

“We know that access to quality, affordable healthcare is key to healthier lives, economic security, and peace of mind,” Xavier Becerra, the HHS secretary, said in a statement.

“As we move forward, the Department of Health & Human Services will continue to do everything we can to protect, expand, and strengthen the programs that provide the quality, affordable healthcare Americans rely on and deserve,” he said.