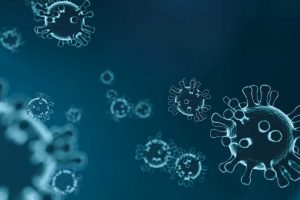 Globally, breakthrough COVID-19 infections among vaccinated people are increasing, raising concerns about the durability of protection against emerging, highly contagious variants of concern. A study publishing May 5th in the open access journal PLOS Biology, by Galit Alter at Harvard University, Cambridge, U.S. and colleagues, suggests that while vaccine-induced neutralizing antibody responses protect against infection, control of viral replication is mediated by responses that involve T cells and the antibody-binding Fc receptor.

While vaccine-induced neutralizing antibody responses (that is, antibodies that directly bind the virus and “neutralize” infection) provide the primary protection against infection and severe disease, other, less well understood, immune responses contribute to protection. To better understand the protective role of each immune mechanism, the researchers immunized five groups of five rhesus macaques with different doses of COVID-19 vaccine or a sham control. They then challenged all macaques with SARS-CoV-2 infection and analyzed viral replication in the upper and lower respiratory tracts 1, 2, 4, 7 and 10 days after the viral challenge.

The researchers found that the immunity mechanisms responsible for controlling viral replication following infection were dose dependent, indicating an important role in protection against severe illness and death. These additional immune responses which control viral replication are mediated by the so-called Fc receptor (a cell-surface molecule that recognizes the invariant part of antibodies, and can trigger the destruction of infected cells) and by T-cell responses, complementing the other antibody responses that directly neutralize the virus.

According to the authors, “The continued emergence of several SARS-CoV-2 variants with enhanced infectivity and immune evasive capacity have further complicated the worldwide vaccination effort. These data provide critical insights in the context of the current pandemic, where emerging variants of concern have the capability of breaking through vaccine mediated protection, but vaccine induced immunity still elicits a response against several variants and provides some level of protection against severe disease and death.”