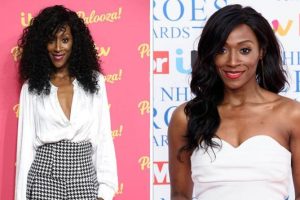 The Coronation Street actress, who appeared on the show has bravely announced that she is to undergo a double mastectomy after receiving the devastating news. The star gave birth to son Theo back in January, and remains grateful to have had the time to breastfed, but feels the operation is the right decision for her. Talking to OK! Magazine she said: “This is going to sound so cheesy, but I almost feel like having Theo and breastfeeding him has saved me. Had I never been fortunate enough to be able to breastfeed, those lumps would never have come up the way they did.”

After being given the all clear by two doctors, Victoria knew that something wasn’t right and sought the advice of a third.

This was also motivated by the passing of Girls Aloud singer Sarah Harding, who passed away in September this year.

A history of breast cancer in her family, also urged the actress to seek further medical opinions after the first said the lump was benign and the second blamed the lump on a blocked milk duct.

“It was really alarming for me, as it was for everyone. And so sad. Really sad,” Victoria said addressing Harding’s tragic death. “

“If anything it made me determined to get to the bottom of things with my health.”

Over an overwhelming year for both her and husband Jonny, Victoria received the news that she had been dreading for so long.

“I felt so bad for Jonny as I’d prepared myself and felt that I knew the outcome,” she explained, as the consultant told them Victoria had found cancerous cells and a “4cm mass”.
In a heartbreaking twist, Victoria had already gone through a traumatic three-day labour with son Theo, so receiving another diagnosis so soon after her experience feels “unfair.”

The actress continued to say: “It feels unfair. I feel a bit overwhelmed and I’m scared because, as optimistic as the outlook is, you can’t predict the future. I just want to be here. I’ve got a life to live and a family to love and look after.

“We’re being really optimistic, and positive, and really lucky that we’ve caught it as early as we have. I don’t know if lucky is the right word, but that’s how I feel.”

Before going into surgery, Victoria will need a full body blood exchange due to her sickle cell anemia – an inherited red blood cell disorder which occurs when there aren’t enough healthy red blood cells to carry oxygen throughout your body.

However, the actress is hoping that the surgery is enough, to avoid further treatments such as chemotherapy – which will be needed if the cancer is invasive.

“I just want to get it done and get up off the floor and start living my life. But it’s scary as I know there are risks with surgery and I’ve got my little boy. I want to make sure I’m here for him,” she emotionally added.

Victoria was diagnosed with a cancer known as Ductal carcinoma in situ (DCIS), which develops when there are abnormal cells inside a milk duct in the breast.

The Mayo Clinic explains that the condition typically doesn’t show any signs or symptoms, but women should be aware of a lump in the breast or bloody discharge from the niple.

This is particularly important for women who are breastfeeding their babies, as the National Cancer Institute explains that some research suggests the risk of breast cancer is temporarily higher in the years following pregnancy and childbirth.

This could be a result of hormonal changes during pregnancy. However, like Victoria, symptoms from breastfeeding can be extremely similar to those of breast cancer, making it even harder to diagnose.

In most cases, the doctor will recommend that a woman stop breast-feeding following a breast cancer diagnosis, as many treatments can affect a woman’s milk supply or negatively impact on the baby.

In light of her diagnosis and subsequent surgery, Victoria is planning a fundraiser in November in support of Prevent Breast Cancer and Sickle Cell Care Manchester, in order to “celebrate medical progress with both breast cancer and sickle cell disease”.