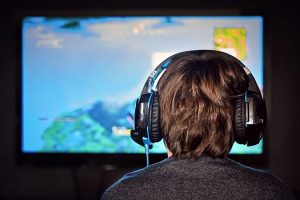 NEW ORLEANS – Research into video game addiction is turning up new insights, and some treatments seem to make a difference, according to addiction psychiatry experts speaking at the annual meeting of the American Psychiatric Association. Still, understanding remains limited amid a general lack of clarity about definitions, measurements, and the most effective treatment strategies.

“Video games have the potential to be uniquely addictive, and it’s difficult to come up with treatment modalities that you can use for kids who have access to these things 24/7 on their mobile phones or laptops,” psychiatrist James C. Sherer, MD, of NYU Langone Health, said during the May 22 session, “Internet Gaming Disorder: From Harmless Fun to Dependence,” at the meeting. “It makes treating this a really complicated endeavor.”

The number of people with so-called Internet gaming disorder is unknown, but video games remain wildly popular among adults and children of all genders. According to a 2021 survey by Common Sense Media, U.S. individuals aged 8-12 and 13-18 spent an average of 1:27 hours and 1:46 hours per day, respectively, playing video games.

“Video games are an extremely important part of normal social networking among kids, and there’s a huge amount of social pressure to be good,” Sherer said. “If you’re in a particularly affluent neighborhood, it’s not unheard of for a parent to hire a coach to make their kid good at a game like Fortnite so they impress the other kids.”

The 2013 edition of the DSM-5 doesn’t list Internet gaming disorder as a mental illness but suggests that the topic warrants more research and evaluation, Sherer said.

Why are video games so addicting? According to Sherer, they’re simply designed that way. Game manufacturers “employ psychologists and behaviorists whose only job is to look at the game and determine what colors and what sounds are most likely to make you spend a little bit extra.” And with the help of the Internet, video games have evolved over the past 40 years to encourage users to make multiple purchases on single games such as Candy Crush instead of simply buying, say, a single 1980s-style Atari cartridge.

According to Sherer, research suggests that video games place users into something called the “flow state,” which a recent review article published in Frontiers in Psychology describes as “a state of full task engagement that is accompanied with low-levels of self-referential thinking” and “highly relevant for human performance and well-being.”

How can psychiatrists diagnose video gaming addiction? Sherer, who is himself a devoted gamer, advised against focusing too much on time spent gaming in determining whether a patient has a problem. Instead, keep in mind that excessive gaming can displace exercise and normal socialization, he said, and lead to worsening mood.

Rober Aziz, MD, also of NYU Langone Health, suggested asking these questions: What types of games do you play? How long do you spend playing? What’s your reason for playing? What’s the meaning of your character choices? Does this game interfere with school or work? Have you neglected your self-care to play more?

He recommends other questions, too: Have you tried to limit your play time without success? How uncomfortable do you get if you must stop in the middle of playing? Do you get agitated if servers go down unexpectedly?

“There’s actually a lot of parallel here to other addictions that we’re very familiar with,” he said.

According to Sherer, it’s helpful to know that children who have attention-deficit/hyperactivity disorder tend to struggle with gaming addiction the most. He highlighted a brain-scan study in the Journal of Attention Disorders that found that patients with gaming addiction and ADHD had less functional connectivity from the cortex to the subcortex compared to matched controls. But treatment helped increase connectivity in those with good prognoses.

As for treatments, the speakers agreed that there is little research to point in the right direction regarding gaming addiction specifically.

According to Aziz, research has suggested that bupropion, methylphenidate, and escitalopram can be helpful. In terms of nondrug approaches, he recommends directing patients toward games that have distinct beginnings, middles, and ends instead of endlessly providing rewards. One such game is “Legend of Zelda: Breath of the Wild” on the Nintendo Switch platform, he said.

On the psychotherapy front, Aziz said, “reducing use rather than abstinence should be the treatment goal.” Research suggests that cognitive behavioral therapy may not help patients in the long term, he said. Other strategies, he said, include specific approaches known as “CBT for Internet addiction” and “motivational interviewing for Internet gaming disorder.”

Gaming addiction treatment centers have also popped up in the U.S., he said, and there’s now an organization called Gaming Addicts Anonymous.

The good news is that “there is a lot of active research that’s being done” into treating video game addiction, said psychiatrist Anil Thomas, MD, program director of the addiction psychiatry fellowship at NYU Langone Health and moderator of the APA session. “We just have to wait to see what the results are.”