Why I Chose to Have a No-Sedation Colonoscopy 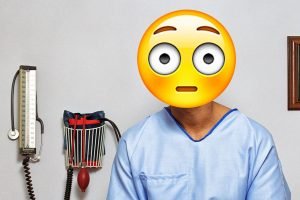 Lying there wide-awake as the doctor removed the colonoscopy tube from my hinder, I recalled that time in the 1980s when I had four impacted wisdom teeth gouged from my jaw while under nothing but a local anesthetic. In neither case was I being a tough guy: The younger, poorer me just didn’t want to shell out cash for the giggle gas. The colonoscopy-age me just wanted to skip the hangover and finish a work project by the deadline. In both cases, I was part of a trend in which more and more people are choosing surgery and other procedures without sedation.

Not that I had really planned for this to happen. I had fully intended to go under. My brother and a friend both said they’d emerged from their colonoscopies feeling rested, so I was eager for the chemical snooze, after which I’d knock out some work. But then the nurse mentioned the lingering “amnesiac” properties of the meds I’d be mainlining. “We recommend you not conduct any important business for the rest of the day,” she said. I couldn’t take the day off and still hit my deadline. “Can I do it without the medication?” I asked.

“Some people do,” she replied. While I was still deciding if I was “some
people,” the nurse said, “There can be some discomfort.”

YES, THERE CAN, as it turns out. But I had to hit that deadline. And after all that fasting and purging, I wanted to eat big, and do it soon. Also: I was raised by lumberjacks.

Unsedated colonoscopies are nothing new. In fact, they used to be standard. But here in the Home of the Brave, we’d rather not prove we’re badass with, um, our ass. Some data suggest that less than 20 percent of us would consider the option. Some experts think it will help if unsedated is replaced with sedation-free or medication-free, but no matter how you put it, it still comes down to where you put it. As one friend told me, “I don’t want to be awake while someone’s doing that.”

Freudian fears and embarrassment aside, many people—like me, until I asked—simply don’t realize sedationless is an option, let alone a sane option. Members of the medical community may not mention it, being reluctant to change the way they operate or—quite understandably—preferring to work on a relaxed patient unlikely to hoot and holler. Sedation can also boost profits.

Conversely, by reducing staffing and medication costs, going sedation-free can deliver significant patient savings. And in good news for everyone, while awake colonoscopies can eliminate the patient hassles of arranging a ride and losing productive time to recovery, staff can also save more than an hour per patient, according to a 2014 study in the World Journal of Gastroenterology.

They got to work

In my case, things went fine at first. Colonoscopy studies cite the term “anticipatory anxiety,” and, friends, there was some, but the insertion (I clench as I write it) went smoothly. Next came a hissing noise followed by the feeling that my guts were being inflated like a clown’s balloon. Apart from experiencing a deep desire to have someone pull my finger, I didn’t find it awful. But when the physician began navigating the sharp corners (doctors call them flexures) between colon sections, I grunted like a hog. Then I groaned. Then I began to sweat, and in my mind the sweat felt green. I’m amazed at patients in a study of sedation-free colonoscopies who rated their pain 2.58 on a scale of 1 to 10, and I feel more solidarity with the group in an older study who pegged it in the 5.7 area. I did some deep breathing, and that helped, as did pressure applied to my abdomen by the attending nurse.

I was also able to distract myself by watching a flat-screen television—unfortunately, there was only one channel, and it was playing my colon. When the physician spotted what he thought might be a polyp, I watched as—while providing a play-by-play—he remotely manipulated what appeared to be a mechanized melon baller and scooped a sample. (It would later test as normal tissue.) Expecting a pinch or a twinge, I felt nothing.

Then he returned to navigating, and I to grunting. At one point I must have uttered a particularly poignant moan, because the physician paused and asked if I was okay. Although 94 percent of patients in one study who began their procedure sedation-free finished sedation–free, I was ready to request the juice.

“About five more minutes,” he answered.

“I’ll make it,” I said, although if you were in the room you might have heard a question mark at the end there. But things went smoothly down the home stretch, and then, with a flatulent rush, it was all over.

For the next colonoscopy

Within half an hour I was at a diner devouring a southwestern omelet (extra beans and salsa to stress-test the clean pipes), feeling zero discomfort, mentally sharp, and ready to hit the to-do list.

Would I do it again? Yes. And, one study suggests, so would about 78 percent of patients who make it through an unsedated colonoscopy like the one I had.

But I’d have two cups of water first.

And not by mouth.

University of Minnesota Health gastroenterologist Piet de Groen, M.D., has been called “the water boy” by his peers and admits he is “a bit of a fanatic” about “water exchange” colonoscopies. Rather than blow 10 to 15 liters of air up your colon, Dr. de Groen starts with half a liter of water. Less distension means he can use less of the scope. Water also lubricates the equipment; Dr. de Groen says patients who previously had “dry” unsedated colonoscopies are surprised at the absence of pain while he navigates the flexures.

For a number of reasons—it can take a little longer, it’s a new technique, you can’t charge for extra services—there has been resistance to water exchange from some in the medical world. But
I’m scheduled for another colonoscopy in five years (would have been ten without that polyp), and I’m going to ask my doctor for the water technique.